Canada's asylum seeker caseload faces a mounting backlog, with a processing system that has chronic delays and lax criminality checks, according to a new report from the federal spending watchdog.

Canada's caseload of asylum seekers faces a mounting backlog, with a processing system plagued by chronic delays and lax criminality checks, according to a new report from the federal spending watchdog.

Blaming inefficient, dated and rigid systems and protocols, the Auditor General of Canada forecasts even longer waits in the future for asylum seekers trying to find out if they will be deported or allowed to remain in the country.

"We project that if the number of new asylum claimants remains steady at around 50,000 per year, the wait time for protection decisions will increase to five years by 2024 — more than double the current wait time," reads the report from interim Auditor General Sylvain Ricard, released Tuesday.

The audit of the refugee determination process was one of five audits conducted by the auditor general. The other audits reported that the government is delivering dismal call centre service to Canadians and that Mounties don't all have the equipment they need to stay safe in an active shooter situation.

The asylum claim report finds the government isn't keeping up with the surge in people crossing into Canada from the U.S. outside official border points, mostly at Roxham Road in Quebec. About 40,000 people have crossed illegally in the last two years.

Overall, the asylum situation has worsened since 2012 reforms were brought in to accelerate the determination and removals process.

By the end of 2018, there were 71,380 claims waiting in the queue and the expected wait time for a decision had climbed to two years.

The audit also flags security risks with the intake process.

It reports that the Canada Border Services Agency (CBSA) and Immigration, Refugees and Citizenship Canada (IRCC) don't have quality assurance programs in place to ensure migrants' information is accurate and complete.

Auditors discovered files with illegible scans of identity documents and errors in some of the electronic information on asylum claims.

In a "representative sample," auditors found 400 claims did not complete biometric checks for criminality or identity.

"Although these cases represent 0.5 per cent of all claimants for whom criminality or identity checks were required, the checks are important for public safety and the integrity of the refugee determination system," the report reads.

"Neither organization systematically tracked whether a criminal records check was always completed because of poor data quality." 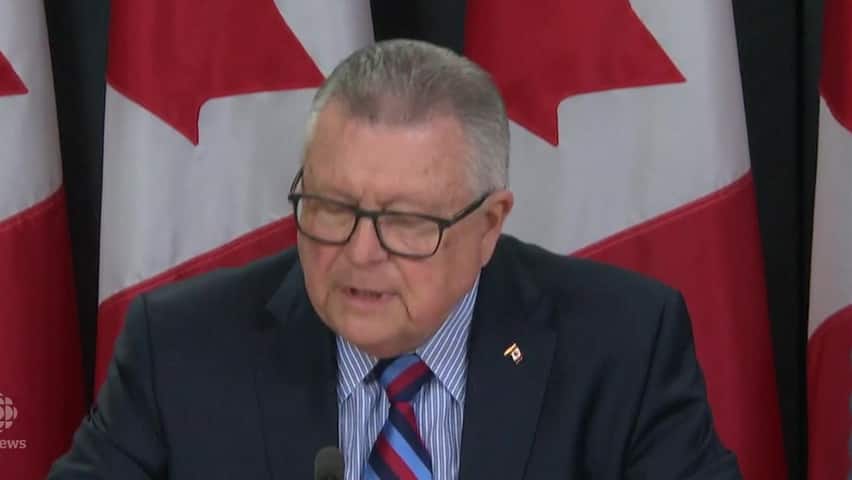 2 years ago
1:37
Public Safety Minister Ralph Goodale responds to the Auditor General report that shows that RCMP officers don’t always have the equipment and training they need to stay safe in an active shooter situation. 1:37

Public Safety Minister Ralph Goodale said that as a result of the audit, CBSA officials checked all the files and found that no one had "inadvertently slipped through the cracks." He downplayed any potential risk, noting that errors were found in just 0.2 per cent of cases.

"They have taken steps to make sure, by way of proper protocol, that doesn't happen again," he said. "And we thank the auditor general for bringing forward the issue."

The audit says inefficient practices — including gaps in information sharing, chronic postponements for hearings and the continued use of paper files to process claims — are to blame for the ballooning backlog.

$1.2B to boost border controls

CBSA, IRCC and the Immigration and Refugee Board of Canada agree with the findings, saying they intend to explore and recommend new ways to meet growing numbers and needs.

This year's budget earmarked $1.2 billion over five years to improve border controls, speed up processing and accelerate deportations of people whose claims have been denied.

But Carol McCalla, the lead auditor for the report, said the chronic problem won't be solved simply by throwing money at it and systemic changes — such as moving away from a paper-based system — are critical going forward.

"The system needs to be more flexible to be able to be scaleable ... as well, improvements are needed in how it uses its resources to share the information and process the claims more efficiently," she said during a news conference Tuesday in Ottawa.

Immigration Minister Ahmed Hussen said the Liberals inherited an under-funded, malfunctioning system from the Harper Conservatives, and that the government has been working to improve it to ensure people aren't left in limbo. He said the audit captures a "snapshot" in time and that extra funding has improved the system since.

"Our government has made numerous investments in the IRB so that the IRB can process more claims in a more timely and efficient manner, and these investments are actually the largest ever into the asylum system," he said. "The system has now become more nimble to adjust to the fluctuation of volumes that it receives." 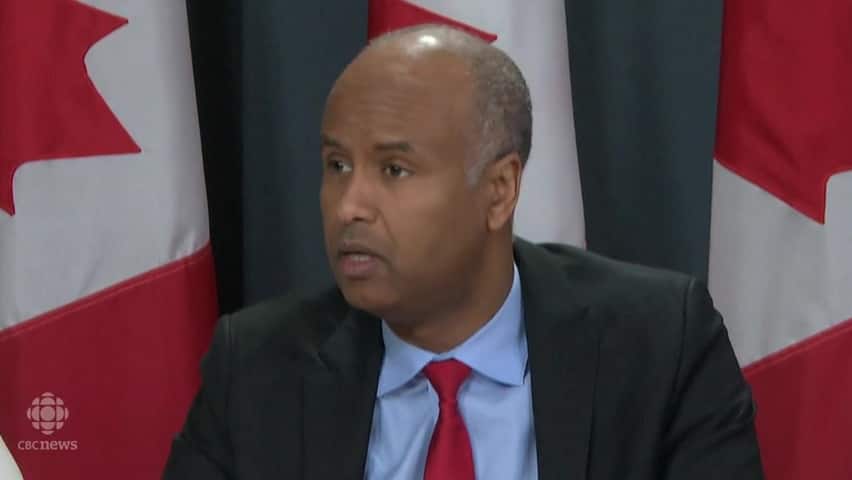 2 years ago
1:40
Immigration Minister Ahmed Hussen responds to the Auditor General report that says that backlogs and wait times are even worse now than when reforms were brought in to speed up processing in 2012. 1:40

Conservative immigration critic Michelle Rempel said the audit confirms a significant problem with Canada's asylum system and called it "patently ridiculous" that the Liberal government would try to blame the Conservatives with just months to go in its mandate.

"The government should be taking responsibility for this issue," she said, insisting that the Conservatives had better results when they were in power.

Rempel said that, if elected, the Conservatives would fix the problem by reducing demand on the system and strengthening security at the border so that Canada welcomes the most vulnerable and needy refugees but discourages those who are abusing the system.

"We have to stop dismissing systemic injustices and inefficiencies within our immigration system and policies around that down to racism," she said.

The audit also found not all Mounties have access to the equipment they need to protect themselves in an active shooter situation.

The need for semi-automatic short rifles, called carbines, was thrust into the spotlight after the shooting deaths of three officers in June 2014 in Moncton, N.B. Two other officers were injured in the rampage, and a subsequent review found the officers had been outgunned by attacker Justin Bourque.

The audit found the RCMP acquired and distributed almost three times the carbines and twice the hard-body armour it had since 2014, but had not properly prepared for long-term distribution, maintenance and training.

"In part, these shortcomings stemmed from a lack of planning and oversight by RCMP national headquarters," the audit reads.

The RCMP has enough hard-body armour across Canada, but uneven distribution has left some divisions short, the report said. Hard-body armour protects an officer's vital organs from bullets fired from high-powered weapons.

Since 2001, there have been nine shooting incidents that caused the deaths of 15 RCMP officers.

Auditors also found Canadians need "time and persistence" just to get through to a government call centre.

The review looked at the service provided by call centres for three client-heavy departments — IRCC, Employment and Social Development Canada and Veterans Affairs Canada — and found that half of the 16 million Canadians trying to speak to an agent weren't able to get through.

Auditors don't expect the situation to improve any time soon.

Five years after the launch of a call centre modernization project, Shared Services Canada has only upgraded eight of 221 call centres and has no plan for the remaining 213.