Medical pot for veterans not based on evidence, poorly documented, AG finds

Canada's auditor general is warning of serious consequences from the way data is collected and used by the government, which he says is having a direct impact on the ability of the public service to serve and protect Canadians. 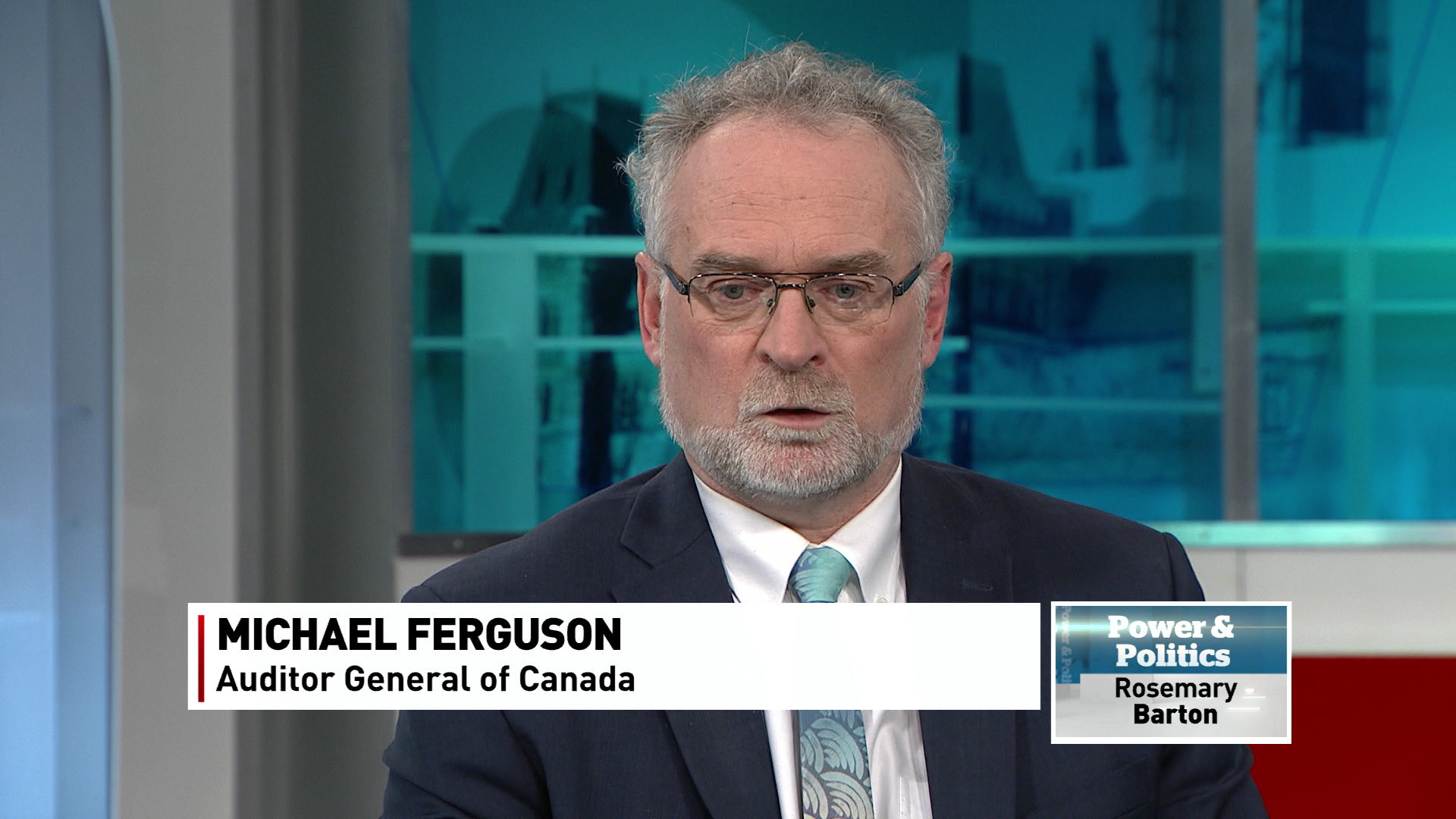 6 years ago
Duration 10:08
Auditor General Michael Ferguson on issues with the medicinal marijuana program for veterans, a lack of equipment and training for reservists & fraudulent citizenship applicants becoming Canadians.

Canada's auditor general is urging the Department of Veterans Affairs to get a handle on its drugs benefit program including the amount of medical pot being prescribed to veterans, which it found is "poorly documented" and not always based on evidence.

Michael Ferguson said this is just one example of the serious consequences arising from the way data is collected and used by the government, which he says is having a direct impact on the ability of the public service to serve and protect Canadians.

Tying all the audits together is the fact that "the data collected by many government organizations is either not usable, not used, or not acted upon," Ferguson said after his spring report was tabled in the Commons today.

The audit highlights several other gaps inside five government agencies, including the immigration and defence departments. The report also includes a special examination of two Crown Corporations, including Via Rail.

The auditor-general focused on how Veterans Affairs Canada is managing drug benefits for former servicemen and women, some of whom have complex health needs and suffer mental health conditions such as post-traumatic stress disorder (PTSD.) Approximately over one third of the program's recipients are over 80 years of age.

For instance, in 2014, the department limited to 10 grams per day the amount of medical marijuana it would cover for eligible veterans — twice the amount shown to be safe — but the auditor general's office could not find any evidence to support this decision.

6 years ago
Duration 0:45
Veterans Affairs Minister Kent Hehr says he has asked for a review regarding medical marijuana use by veterans following the Auditor General's report.

According to the report, an internal briefing document showed "Health Canada indicated that more than five grams per day may increase risks with respect to the drug's effect on the cardiovascular, pulmonary, and immune systems, and on psychomotor performance, and may increase the risk of drug dependence."

Despite the potential risks, the auditor general found the department had doubled the limit to 10 grams per day per veteran, and that "in rare circumstances it could increase this limit after consulting with a veteran's health care provider."

The report also found that between January and November of 2015, the department approved that coverage of 10 grams per day for 340 veterans. Six veterans who had received marijuana for medical purposes before the limit had been established continued to receive more than 10 grams per day.

The report recommended that "Veterans Affairs Canada should implement a decision-making framework that specifies the type of evidence and how it is considered."

The report also found that where evidence-based decisions were made, there were no timelimes to implement them.

And while the department did go to some length to manage the program's costs by substituting generics for name-brand drugs and negotiating reduced dispensing fees with pharmacies, it has no way of knowing whether these strategies are working as intended and whether taxpayers dollars are being used diligently.

In the 2014–15 fiscal year, the drug component of the Health Care Benefits Program covered drugs for roughly 51,000 veterans at a cost of $80 million.

Other findings of the auditor general include:

"I believe that government departments and organizations urgently need to turn their attention to this issue. They need to focus on collecting the right data to support their activities, on ensuring that data is well-managed and up-to-date, and on fully using this data not only to inform their core business, but also to support reporting and continuous improvement," Ferguson said on Tuesday.

Treasury Board President Scott Brison said the government was committed to "fully honouring" the service of veterans by ensuring they receive the support they need.

He added it was also committed to "protecting the integrity of the citizenship program, creating a transparent and merit-based process for governor-in-council appointments, ensuring that the Canadian Armed Forces have all the equipment and training they need... and maintaining a safe, reliable, and cost effective passenger rail service in Canada."

NDP MP David Christopherson said he hoped the government would do more than just pay lip-service to the auditor general's findings.

"That's an old record," said a spirited Christopherson, adding that "what we're looking for different this time is that the government actually does something rather than just say they're going to do it to get through the moment and do nothing afterwards, which is exactly what the Conservatives did."

The Conservatives did not comment on the auditor general's findings.

6 years ago
Duration 2:09
Auditor General Michael Ferguson says that the RCMP is not sharing vital information about criminal charges with Citizenship Canada.

The spring report also focused on efforts by the department of immigration to detect and prevent citizenship fraud, which the auditor general found were inadequate.

According to the auditor general, a "weak" database system left immigration officers without up-to-date or even accurate information, limiting their efforts to combat citizenship fraud.

In one instance, the auditor general found 50 different applicants used the same address to apply for citizenship.

Important controls designed to help officers identify fraud risks were applied "inconsistently," which in this case resulted in seven of the 50 applicants receiving Canadian citizenship using that one phoney address.

"It's 50 cases too many," said Ferguson on Tuesday.

What's more, the audit found, "even when information was available, officers did not always act on it."

Compounding the problem, the auditor general said, was "poor information sharing" between the Immigration Department, the RCMP and the Canada Border Services Agency.

The auditor general's office reviewed 38 cases where an applicant had been charged by the RCMP with a crime serious enough to make the person ineligible for citizenship. In 36 of these cases, the Mounties did not share information with immigration officials.

In another instance, the auditor general's office reviewed 42 cases of citizenship revocation and found that "7 individuals who had been charged with a crime by a police force other than the RCMP had not self-reported the charges, and had obtained citizenship."

Revoking citizenship after fraud is discovered "is time-consuming and costly," the audit found.

The report concluded that these and other "gaps" made it "difficult for Immigration, Refugees and Citizenship Canada to assess the impact of its efforts to combat citizenship fraud and to ensure that it is focusing its efforts on the right areas."

In another audit, lengthy delays continued to be a problem for governor-in-council appointments.

For instance, the auditor general noted that at the Immigration and Refugee Board of Canada, the average time to process immigration appeals grew to 18 months from 10 months since 2009, due to a delay in filling positions on the appeal tribunals.