While Alberta Premier Jason Kenney calls on the federal government to approve the Teck Frontier Mine — a proposed open-pit oilsands mine, the largest ever — one First Nation is accusing him of indirectly sabotaging the project by neglecting to address lingering environmental concerns.

‘This would be the first time that the Alberta government is killing its own oilsand project,’ says chief

Alberta Premier Jason Kenney is urging the federal government to approve an oilsands mine which would be the largest Canada has ever seen — but a northern Alberta First Nation says the main obstacle facing the project is Kenney's own government.

"The Alberta government is killing its own oilsands project by not negotiating with ACFN," Athabasca Chipewyan Chief Allan Adam told CBC News.

Vancouver-based Teck Resources wants to develop a $20.6-billion oilsands project about 110 kilometres north of Fort McMurray. The project would disturb 292 square kilometres of pristine wetlands and boreal forest over its 40-year lifespan (although Teck won't actively mine its whole lease at once). That's an area half the size of the city of Edmonton.

Kenney was in Ottawa this week to urge the Trudeau government to act on a list of provincial demands, including the swift approval of the Frontier mine.

"Another thing that must be done is to get to a positive approval of the Teck Resources mine in northern Alberta," Kenney said Monday during an address to the Canadian Club. "(The mine) has multiple deep partnerships with Indigenous communities."

'The premier has to take a step back'

Unlike past oilsands projects, Frontier isn't getting vocal opposition from large numbers of Indigenous communities. Teck has secured the support of all 14 First Nations and Metis communities the mine affects. That includes the Athabasca Chipewyan First Nation — which Kenney singled out in recent remarks by noting its chief once hosted anti-oilsands Hollywood celebrities like Leonardo DiCaprio and Jane Fonda.

"Chief Adam has given his conditional support to the Teck Resources oilsands mine because he sees it as an opportunity to move his people from poverty to prosperity." Kenney said. 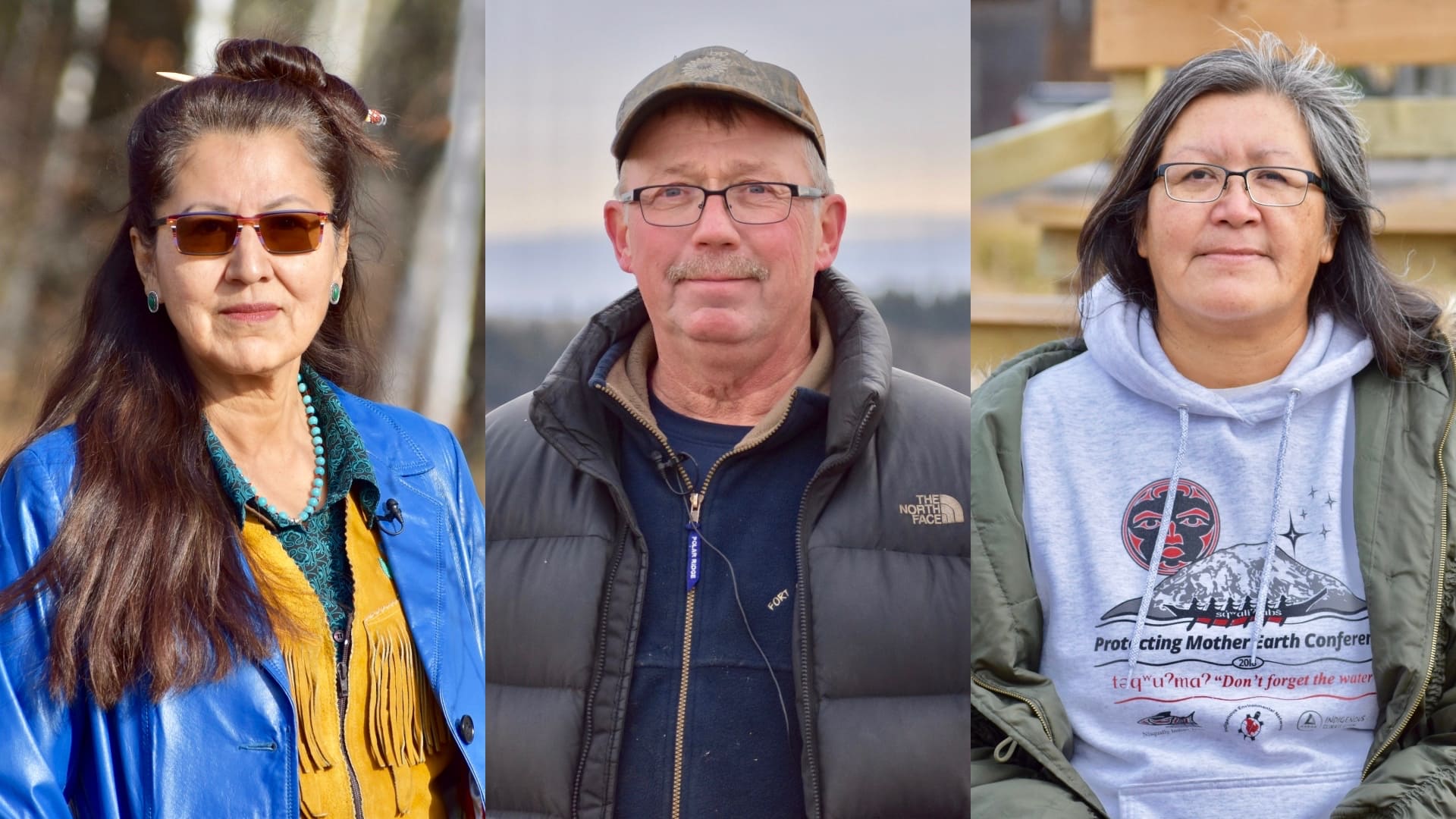 WATCH: One Indigenous community's complicated relationship with the oilsands

2 years agoVideo
4:51
Historically Indigenous communities in Northern Alberta have opposed oilsands development. Now they have thrown in their lot with a major mining company. But as CBC's David Thurton finds out, not everybody is on board. 4:51

But Adam, who was also in Ottawa Monday and attended Kenney's speech, said the Alberta government has failed to meet with his nation to address outstanding environmental concerns.

"The premier has to take a step back," Adam told CBC News immediately after Kenney's speech. "We won't let Canada approve this project unless Alberta is at the table fulfilling their obligations. Because we are not just going to take hot air anymore."

Adam said the Alberta government needs to satisfy fears about the loss of fish, bison and caribou habitat before the federal cabinet makes its decision on the mine at the end of February. Adam has threatened to take legal action if Alberta doesn't address those concerns

"If they don't do that, Alberta is going to kill this project by themselves," Adam said, suggesting the project will die in the courts.

The mine underwent a review in 2018 by both federal and Alberta regulators. The joint-panel review concluded the mine would be in the public's interest but would significantly harm the environment and Indigenous peoples. The regulators issued several recommendations, citing the need to mitigate negative effects on the environment and habitat.

Adam said his nation has been meeting with the federal government to resolve its concerns. But the Alberta government hasn't come to the table.

The Alberta premier's office directed questions to Alberta Environment and Parks. In an email, the department's press secretary, Jess Sinclair, said the provincial government has met with ACFN several times.

"Throughout these meetings, we were able to focus a discussion on key items for consideration, which was communicated to ACFN," Sinclair stated. "The items include working toward establishing the biodiversity stewardship area, which is completed."

But an ACFN spokesperson said Tuesday night there are still a number of outstanding concerns that need to addressed.

Sinclair also said the Alberta premier had a brief phone call with Adam to congratulate him on his re-election as chief and to discuss working "productively with ACFN on this critical project."