Opposition MPs say the lack of marine charts, navigation aids and ice-breaking services for the environmentally sensitive Arctic, revealed Tuesday in an audit by Environment Commissioner Julie Gelfand, are disappointing and a significant worry for those who study the North. 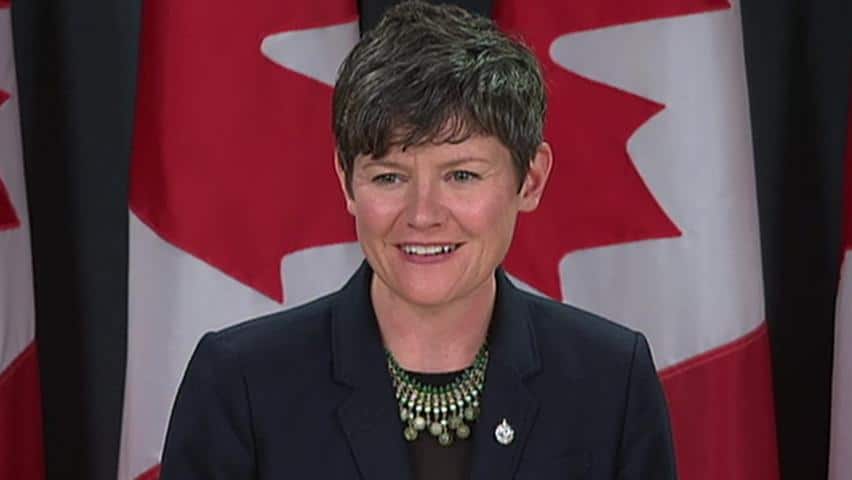 Opposition MPs say the lack of marine charts, navigation aids and ice-breaking services for the environmentally sensitive Arctic is disappointing and a significant worry for those who study the North.

The problems were revealed Tuesday in an audit by Environment Commissioner Julie Gelfand.

"Just imagine if there's an accident in the North," Leslie said.

"We have delicate ecosystems in the Arctic. Further to that, there is a really small window right now of when we could actually do that cleanup. We've seen a lot of discussion about drilling in the Arctic and that's one of the major concerns is that if something were to happen, the ice comes pretty quickly. Is there enough time to even clean up the damage that could be done?"

Leslie said that despite Prime Minister Stephen Harper's annual trips to the North, he hasn't mentioned how climate change will affect the Arctic.

"So it's disappointing," she said.

Green Party Leader Elizabeth May said not having proper maps and charts for the region is "a significant worry to people who study the Arctic."

She said it's surprising the Harper government is ignoring the needs of users like mining companies, who may need to navigate Arctic waters to develop the area.

"It's quite shocking.… We're looking at potentially 300 more navigations through these waters in the near term in order to accommodate development interests, which clearly interest the prime minister," May said.

In her first report as Canada's environment commissioner, Julie Gelfand found a stark contradiction between the government's words and actions when it comes to Canada's plans for the Arctic.

Despite the Conservative government's much vaunted "Northern Strategy," Gelfand's report found Arctic waters were inadequately surveyed and, on top of that, there isn't sufficient capacity to make charts.

It also took aim at the Canadian Coast Guard and its icebreaking services, which are overseen by Fisheries and Oceans Canada, and at the Canadian Hydrographic Service, which makes marine charts.

"The Canadian Coast Guard's icebreaking presence in the Arctic is decreasing while vessel traffic is increasing," she wrote.

Speaking to reporters after the report was released, Gelfand pointed out that the Arctic coastline is twice as long as the Atlantic and Pacific coasts combined. The more than 160,000 kilometres of coastline is travelled by only 350 vessels compared with tens of thousands of ships travelling the other coasts, Gelfand said.

"It is a concern, but we do need to put it in context of the size of the Arctic and the number of travelling ships in that area," she said.

"We have made a recommendation that the hydrographic service prioritize the really important places in the Arctic that need to be charted and think about it in terms of, nationally, where do we need to put the resources."

Transport Minister Lisa Raitt told the House her department has been working on the issue "for a very long period of time."

"We have actually a great world-class tanker panel that has been taking a look at safety, including specifically on shipping in the North," she said.

That panel is due to complete its second phase of work "soon," Raitt added.

No plan for future challenges

"Overall, we found that the agency's rationale for identification of projects for environmental assessment is unclear," wrote Gelfand.

For instance, in the new regulations, diamond mines and railway yards are to be scrutinized, but wind turbines and in situ oilsands are not.

"Most of the agency's processes and the rationales on which recommendations are based are not made public. As the intent of the new legislation is to focus on projects that have the greatest potential for enviro effects, it is important for the agency to have a clear, transparent basis for identifying those projects," she said in her report.

Gelfand's audit of the government's 2020 greenhouse gas reduction plan added to a growing canon of criticism.

She also drew attention to the fact the federal government does not know what Environment Canada's role will be in oilsands monitoring after March 2015.

Overall, Gelfand found the government rudderless in many areas of environmental concern.

"In many key areas that we looked at, it is not clear how the government intends to address the significant environmental challenges that future growth and development will likely bring about," she said.

The commissioner of the environment and sustainable development is part of the Office of the Auditor General of Canada. The commissioner's office generally releases two reports to Parliament a year.

Gelfand was appointed in March, replacing Scott Vaughan, who left the office in 2013.