Having lost her recent bid to enter the House of Commons, Green Party Leader Annamie Paul says she will consult with her caucus before deciding where to run next while working to grow her party's profile nationally.

'They can't take any riding for granted,' Paul says after strong showing in Toronto Centre

Having lost her recent bid to enter the House of Commons, Green Party Leader Annamie Paul says she will consult with her caucus before deciding where to run next while working to grow her party's profile nationally.

Paul ran in Monday night's by election in Toronto Centre, hoping to secure a seat in the riding where she grew up. The seat became available when former finance minister Bill Morneau resigned earlier this year.

"I feel encouraged because we've done historic things twice in one month. This is the best result we've ever seen in Ontario for a Green Party [candidate] and, of course, electing me [as party leader] was history as well," Paul told CBC News.

While Paul did improve her party's performance in a Liberal stronghold, observers are cautious about what that improved performance means.

Kurl pointed out that voter turnout is typically low in byelections — it was 30.9 per cent in Toronto Centre on Monday — and that can deliver results that are difficult to analyze.

Green Party members may have been more motivated to vote, said Kurl, because they were casting a ballot for a newly elected party leader — while Liberal Party supporters were being asked to come out and vote in the middle of a pandemic to support an ordinary candidate.

Paul is unwilling to attribute her byelection performance to the pandemic's effect on voter turnout.

"The fact that the Green Party and our campaign was able to come within nine points of taking that riding, with all the constraints of running in a pandemic ... should tell [the Liberals] first that the Greens are here. We're going to be a very competitive option in the next election and they can't take any riding for granted," Paul said.

Elizabeth May, former party leader and the current leader of the Greens in the House of Commons, said she was inspired by Paul's byelection campaign. She said she does not anticipate Paul will be asking her to give up her seat in Saanich-Gulf Islands so that the new leader can run there.

"I certainly wouldn't say no if Annamie were to ask me, but I think I think the voters of Saanich-Gulf Islands would find it inconsistent with everything I've ever said about my job as their MP, to think I could lend the seat to Annamie and then maybe come back later and take it again," May said. "I mean, there's something about that that ... really doesn't fit with our approach to democracy."

Watch: May says she is reluctant to give up her seat for Paul because "it's a very un-green notion.": 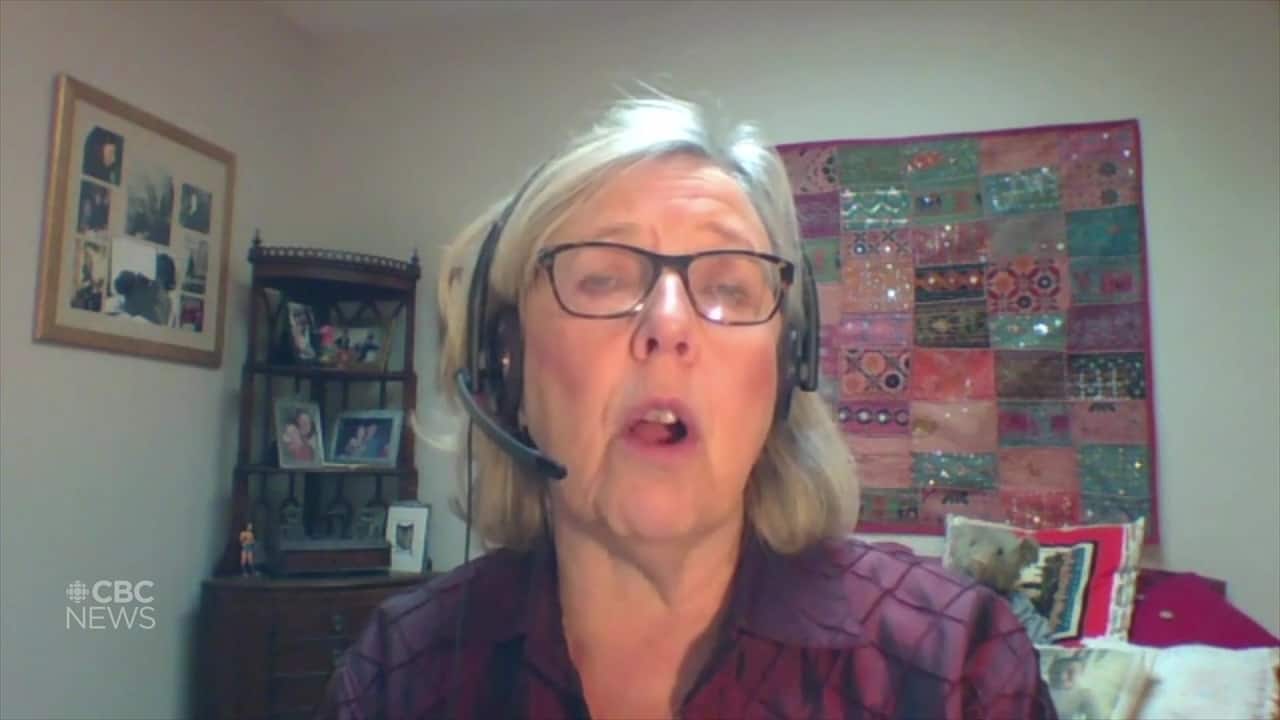 3 months agoVideo
1:38
After Annamie Paul lost the Toronto Centre by-election, Former Green Party Leader Elizabeth May says she would consider stepping aside to let Paul run in her own seat. But May is reluctant to do so, because she said, "it's a very un-green notion" to treat seats as an "ancestral manor house." 1:38

Paul said she has no intention of asking May to step back from the riding.

"If we were able to get one in three people to vote for us in a riding that the Liberals have held since 1993, and eat into their vote there and eat into the NDP vote, then it means we can run competitively in a lot of places that we weren't able to in the last election," Paul said.

Paul said she will discuss where she should run next for a seat with her caucus and party colleagues.

With files from the CBC's Ryan Jones