Newly minted Green Party Leader Annamie Paul says the party she now helms is the one Canadians need to guide them through "the challenges of this time," an ambitious pitch one observer says she will have to champion in a field of stiff political competition.

Greens must broaden appeal to other voters — without losing their own

Newly minted Green Party Leader Annamie Paul says the party she now helms is the one Canadians need to guide them through "the challenges of this time," an ambitious pitch one observer says she will have to champion in a field of stiff political competition.

"I think the challenge for the party today remains: what does it stand for and how does it compete with a crowded group of parties on the centre left … who all have strong environmental platforms?" said David Coletto, CEO of Abacus Data. "They really are competing against the same voters in that space."

The survey was conducted online from Sept. 23 to 28 with a representative sample of 2,400 Canadian adults and weighted to match Canada's population by age, gender, education, region and official language.

Paul, 47, won the leadership of the federal Greens on Saturday and is now tasked with charting a new path — and capturing new voters — for a party that was led by Elizabeth May for nearly 14 years.

The Toronto lawyer ran on a moderate platform that didn't diverge from the party's vision during the last federal election, though she is pushing the Greens to embrace a policy that would slap a tariff on imports from countries with lax carbon emissions standards.

But Paul said that right now, her party's appeal extends far beyond its environmentally conscious reputation.

"It has been our social policies — our role in championing and leading the way on guaranteed livable income or universal pharmacare or reform to our long-term care system. People in Canada are starting to see all of the dimensions of the Green Party." 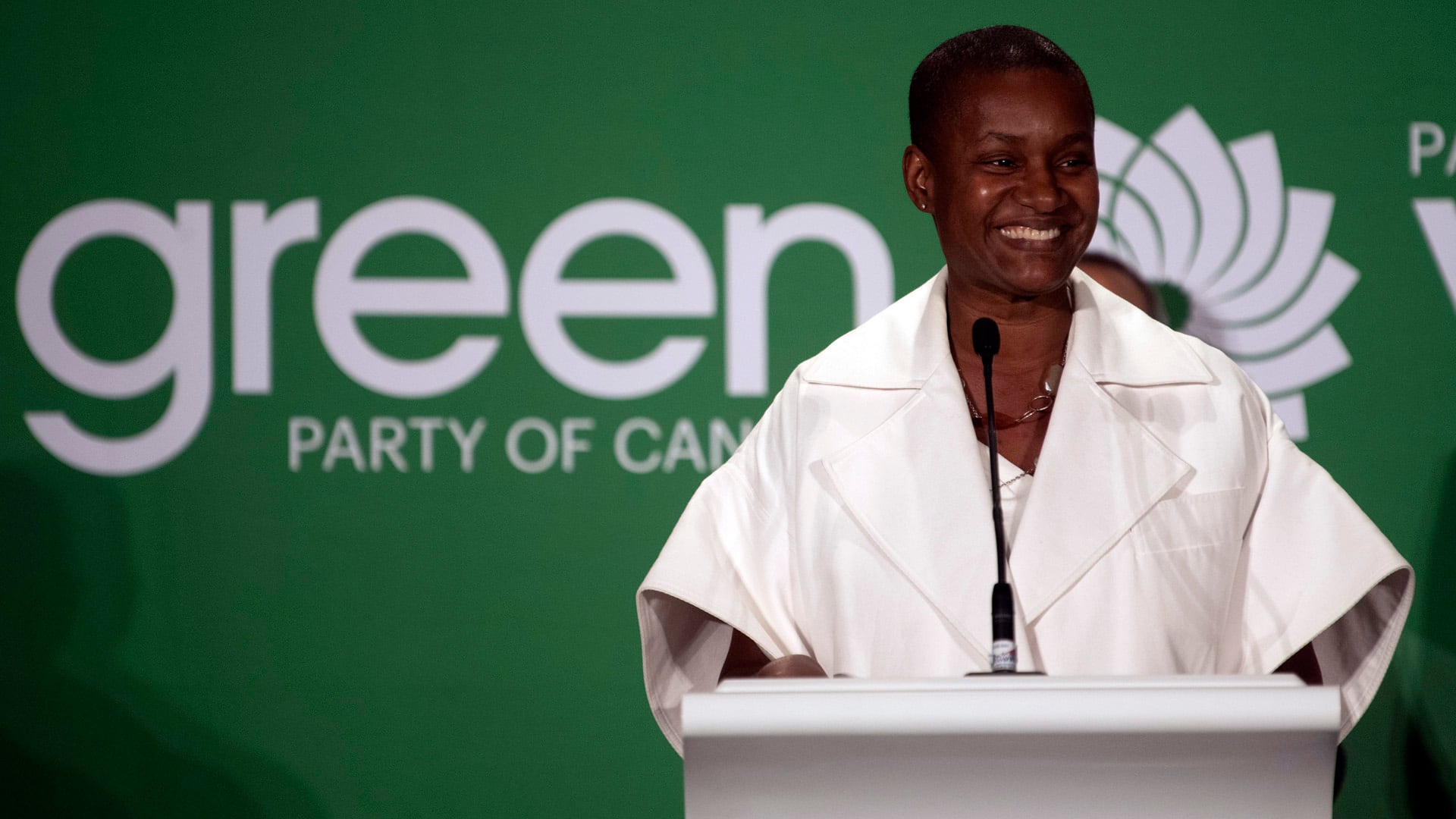 2 months agoVideo
5:56
The federal Green Party's new leader, Annamie Paul, says policies like universal basic income and pharmacare will help the party expand in the next election. Paul was chosen as the party's leader Saturday night. 5:56

Paul was not swiftly handed a victory on Saturday in large part because of those supporters. She won the leadership contest on the eighth ballot, edging out self-described "eco-socialist" Dimitri Lascaris by just over 2,000 votes.

Eco-socialism, an ideology that combines elements of ecology and socialism, underpinned Lascaris's platform and that of another candidate in the race, Meryam Haddad.

"I think the proof is going to be in the pudding," Lascaris said Saturday when asked if he thought Paul would be a voice for that wing of the party. "I think Annamie's certainly expressed an intention this evening to bring all the members of the party together."

Paul has not directly addressed how she plans to appeal to those supporters, instead choosing to focus on the party's progressive policies and shared values.

Coletto said it may be "limiting" for the Greens to throw their support behind a socialist or eco-socialist agenda.

"Where I think the Green Party has had success provincially and federally is finding a way to build a coalition of voters who are looking for something different, who maybe want to do politics differently —  and that might be both on the left and the centre left and the right — and come together to support a green agenda," he said.

For her part, Paul is confident that the party can secure a "great deal" of seats in the next federal election —a task that starts with locking down her own.

The new leader has been nominated to run in the Oct. 26 byelection in Toronto Centre, the riding previously held by former finance minister Bill Morneau.

During her victory speech, Paul said she was tired of candidates "being parachuted" into the Liberal stronghold.

Coletto said the upcoming vote will be a real test to see where the Greens stand when pitted against other parties.

"It is a chance for the new leader of the Greens to go out, road test her message, introduce herself to voters. But because she is now the candidate in that riding, there may be even higher expectations on how she performs," he said. "So it's a tough first act."

With files from CBC's David Thurton