Scheer says he won't renounce U.S. citizenship because he won't be prime minister

Conservative Leader Andrew Scheer says he won't be renouncing his U.S. citizenship now that he no longer has a chance of becoming prime minister.

Conservative Leader Andrew Scheer says he won't be renouncing his U.S. citizenship now that he no longer has a chance of becoming prime minister.

During the fall election, the Globe and Mail revealed that Scheer's father is an American by birth and passed along his citizenship to Scheer and his siblings.

Scheer never revealed that he held dual citizenship after raising concerns about former governor general Michaëlle Jean holding both Canadian and French passports in a 2005 blog post. During the election campaign, Scheer said that he was in the process of dropping his American citizenship.

On Sunday, Scheer told CTV's Question Period that he still held that U.S. citizenship and no longer had any plans to renounce it. On Tuesday, he told reporters again that the Conservatives' election loss had changed his plans.

"I made the decision that as prime minister I would renounce ... my U.S. citizenship. It seemed that was something that I felt was important for me to do," he said.

"Given the fact that I won't be prime minister, I discontinued the process."

Watch: Scheer questioned about decision to keep his U.S. citizenship: 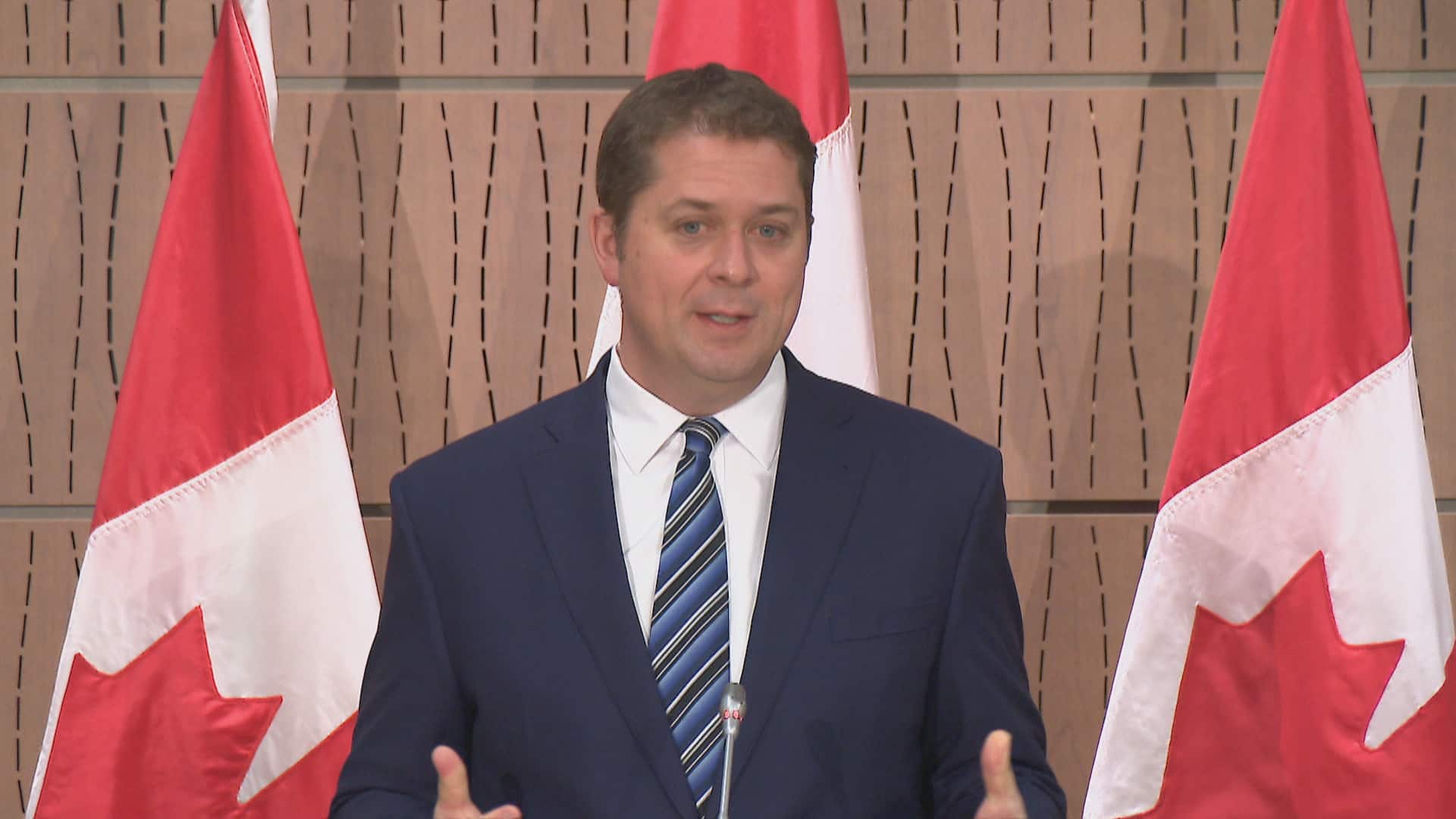 Scheer questioned about decision to keep his U.S. citizenship

Once news of his U.S. citizenship became public during the campaign, Scheer said he never mentioned it publicly because no one had ever asked about it. He insisted he wasn't attacking Jean in 2005 but was merely asking his constituents how they felt about her dual citizenship.

Asked why he was moved to renounce his citizenship on the eve of an election, Scheer said at the time it was a personal decision. "I was born in Canada ... I grew up my whole life in Canada," he said.

Jean renounced her French citizenship before she was sworn in as governor general and commander-in-chief of the Canadian Forces in 2005.

Scheer told CBC News Network's Power & Politics that he made the decision to retain his U.S. citizenship shortly after he announced he would step down as leader of the party.

"This is a personal issue. It's a decision I made ... in terms of starting the steps to renounce it. It's a personal choice of mine," he told Host Vassy Kapelos.

"The reason for renouncing it was part of my effort to become prime minister and once that rationale was no longer there I just discontinued the process," says Conservative Leader <a href="https://twitter.com/AndrewScheer?ref_src=twsrc%5Etfw">@AndrewScheer</a> on his decision to not follow through with renouncing his U.S. citizenship. <a href="https://t.co/MqSlZLEEFL">pic.twitter.com/MqSlZLEEFL</a>

When asked about Mulcair's citizenship, Harper said in 2015 it was up to Mulcair to decide whether to keep the French passport or give it up. "In my case, as I say, I'm very clear. I'm a Canadian and only a Canadian," Harper said.

A CBC News investigation found at least 56 parliamentarians from the 2015-19 Parliament — 44 MPs and 12 senators — had been born outside Canada. At least 22 of them have citizenships from other countries. Scheer's U.S. citizenship was not then widely known.