Andrew Scheer is moving to shut down the Liberals' new line of attack after several of his MPs attended an anti-abortion rally and some American states moved to criminalize abortions.

Andrew Scheer is moving to shut down the Liberals' new line of attack after several of his MPs attended an anti-abortion rally and some American states moved to criminalize abortions.

On Thursday, the Liberal Party of Canada sent a fundraising email to supporters calling it "alarming" that dozens of Conservative MPs had attended the recent March for Life, a yearly anti-abortion rally on Parliament Hill.

The email, which listed the Conservative MPs who attended the rally, accused them of "working to roll back women's rights."

Scheer responded to the Liberals' claims in the House of Commons foyer Friday afternoon, insisting that the only one bent on reopening the debate on abortion is the prime minister. 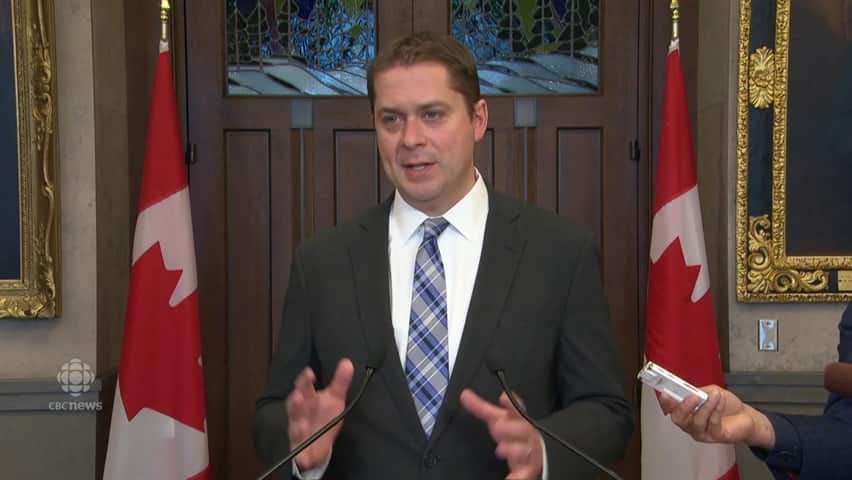 2 years agoVideo
0:26
Andrew Scheer insisted today that the Conservatives won’t reopen the debate on abortion. 'This is typical Liberal desperation politics to distract from their record of failure and ongoing scandals. They are lashing out and inventing issues to try (to) fearmonger and divide Canadians.' 0:26

"The only person who is bringing up this issue time and time again is Justin Trudeau," Scheer said. "I've made it very, very clear. Canadians can have absolute confidence that a Conservative government after the election in October will not reopen this issue.

"This is typical Liberal desperation."

Abortion is not restricted by law in Canada at any stage of a woman's pregnancy. The Supreme Court of Canada found the law that governed the procedure violated the Canadian Charter of Rights and Freedoms. Since the law was struck down, no other law has replaced it.

Judy Rebick, a Toronto writer and veteran pro-choice activist, said she doesn't believe Scheer, and women's rights activists need to be on their guard.

"We have to be vigilant," Rebick said. "We have to make sure they know how strong women across the country, including in the Conservative party, feel about our right to abortion."

With files from Hannah Thibedeau and Kathleen Harris