Andrew Scheer might be asked what took him so long. But putting some distance between himself and The Rebel might be a defining moment for Scheer and the party he leads.

Suffice it to say, Andrew Scheer is probably not going duck hunting with The Rebel's Faith Goldy, as he suggested he would when the two sat down for an interview in February.

It was some combination of Goldy's reporting for Rebel Media from the alt-right rally in Charlottesville, Va., and the horrifying attack on counter-demonstrators that precipitated this week's sudden turn against Ezra Levant's outlet.

And that rush to dissociate culminated in Scheer declaring on Wednesday that he would not grant further interviews to The Rebel "as long as the editorial direction of that particular institution remains as it is."

As happened to Brian Lilley after the Ottawa journalist walked away from The Rebel on Monday, Scheer might be asked what took him so long. But that question is still preferable to trying to explain a reluctance to repudiate.

(Goldy was fired by The Rebel on Thursday night after she appeared on a podcast hosted by a neo-nazi website.)

Some might wonder whether a political leader should ever renounce a media outlet on the basis of its editorial direction. But The Rebel has wandered so far afield that Scheer will likely be spared any lectures about the importance of a free press.

Regardless, putting some distance between himself and The Rebel could be a defining moment for Scheer and the party he leads. 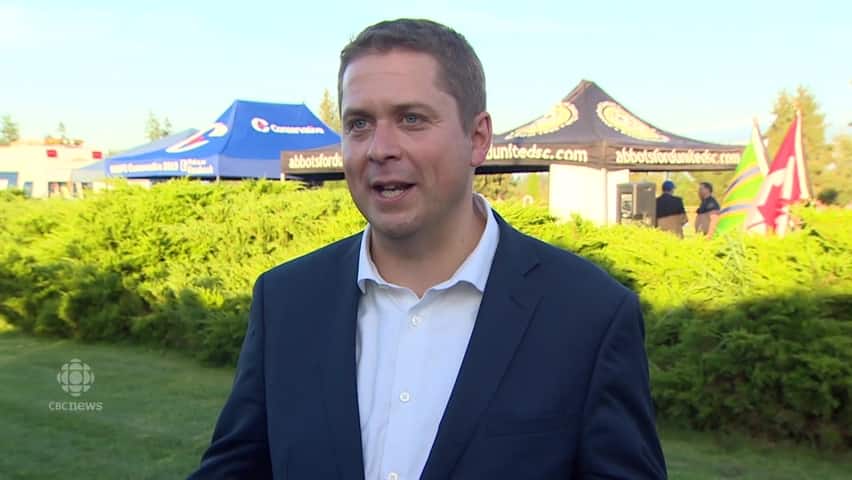 3 years ago
0:37
Conservative leader Andrew Scheer said Wednesday in Langley, B.C., that he would not grant interviews to Rebel Media "as long as the editorial direction of that particular institution remains as it is." 0:37

The Rebel's reach and concerns

That Scheer gave three interviews to Rebel correspondents over the course of his leadership campaign would suggest he saw some kind of audience worth making time for. (A few leadership candidates also appeared at rallies organized by The Rebel.)

And, insofar as The Rebel is a conservative website and the Conservative Party is the only significant party of the political right in Canada, it might be fair to assume there is some overlap between the former's viewers and the latter's voters. But some Conservatives believe it represents only a fringe element of the party's base.

In addition to the usual concerns about taxes and the role of government, The Rebel seems to be animated by a mix of concerns: political correctness, Muslim immigration, border security, transgender rights, the mainstream media and efforts to combat climate change.

In June, The Rebel criticized Scheer after Conservatives (except for Cheryl Gallant) voted in favour of a motion in the House of Commons to endorse the Paris accord on climate change.

The Rebel's tone can be inflammatory. In general, it is not demure. Levant, for instance, refers to the "global warming scam." There is a regular feature labelled the Counter-Jihad.

Levant and other correspondents have also embraced Donald Trump.

Now, in the United States, it is Trump from whom people are clamouring to disassociate themselves, after the president refused to categorically single out white supremacists for condemnation in the wake of Charlottesville.

Scheer's party still figuring itself out

No one would ever confuse Andrew Scheer for Donald Trump. (For one thing, it's hard to imagine Scheer shouting.) Nor would any Canadian politician be advised to emulate Trump: the president is deeply unpopular in Canada and also rather unpopular in his own country.

Stephen Harper's Conservative Party also didn't have much in common with the modern Republican Party but, in the waning days of his government, Harper was promising to ban the niqab during the citizenship oath and rallying with Doug and Rob Ford.

While political circumstances in Canada would suggest Scheer's party will tend toward the moderate, it is also still figuring out what it wants to offer in the wake of the Harper era.

And it remains to be seen whether The Rebel and Trump — and the concerns, complaints and fears they give voice to — represent a significant phenomenon that Canadian conservatives must contend with.

Even if Scheer never sits down with The Rebel again, it might be out there making noise.

Perhaps it can be safely ignored. Or perhaps Scheer, in his soft tones, can be a calming influence. 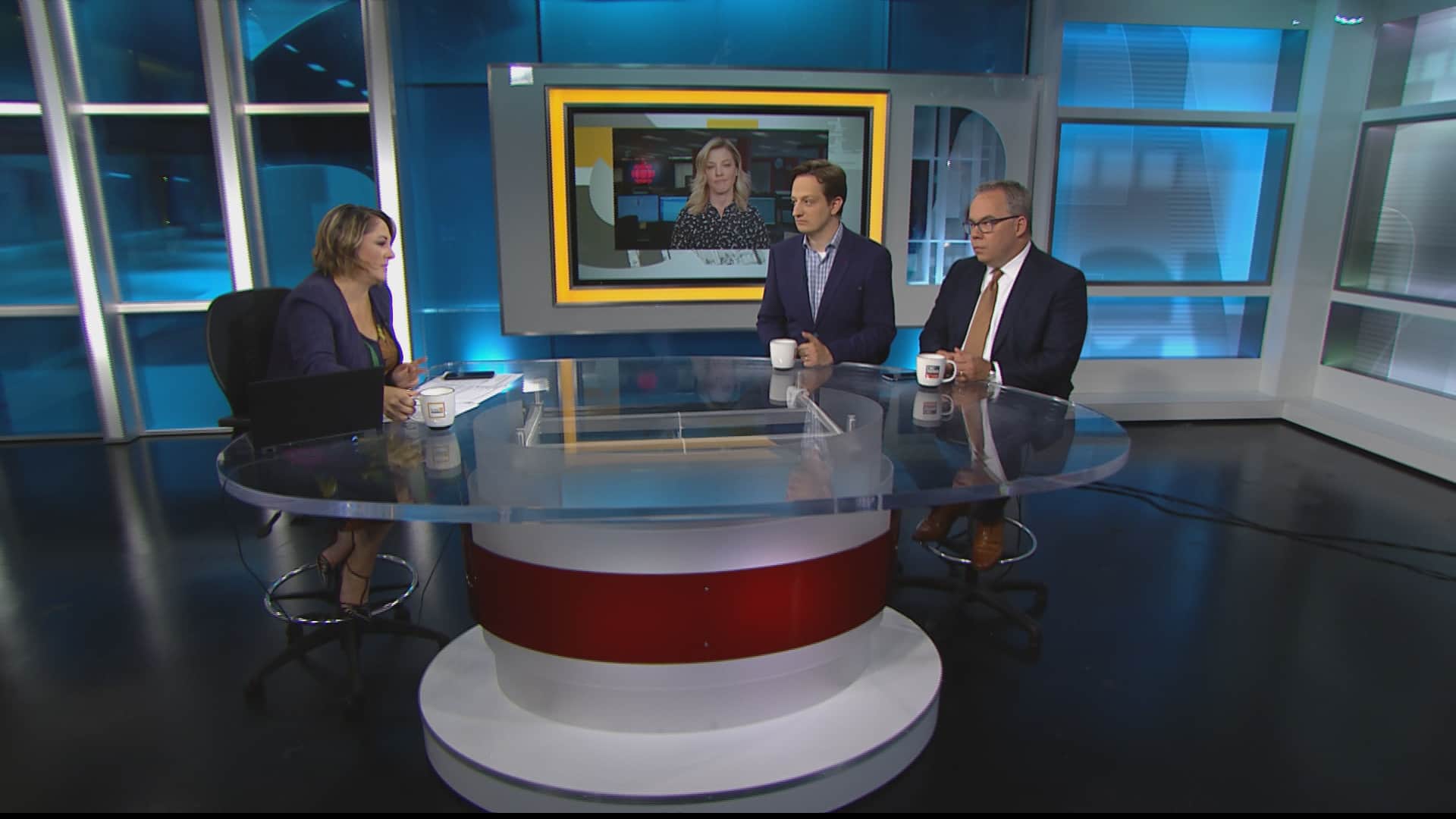 3 years ago
9:06
Power Panel - Paul, Aaron and Kelly discuss Andrew Scheer’s policy on free speech at universities and the turmoil at The Rebel 9:06

Though Scheer was criticized for leading Conservative MPs to vote in favour of the Paris accord, Goldy and Lilley have been effusive in their praise for his positions on free speech, including a proposal to withhold funding from universities that do not zealously guard freedom to speak on campus.

But while Scheer was being chased this week to repudiate The Rebel, he was also running into the fact that his campus policy could be a bit tricky to implement. Asked by The Canadian Press about the University of Toronto's decision to ban a rally by the Canadian Nationalist Party, Scheer's office said such a decision would not run afoul of the Conservative leader's proposal.

Scheer is probably going to spend the next two years being asked the same question every time a campus event is scuttled.

The lesson might be that chasing Rebel-friendly causes can be more trouble than it's worth. 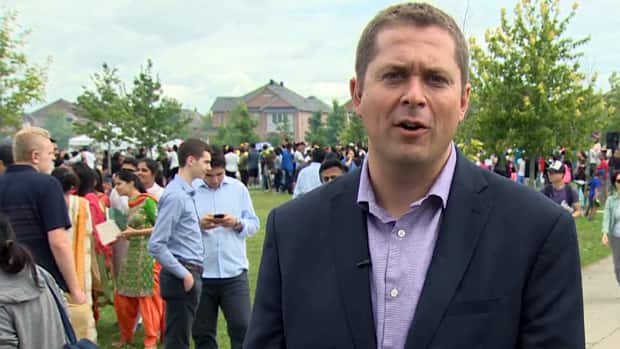 3 years ago
8:42
Conservative Party Leader Andrew Scheer says he won't give interviews to Rebel Media. The media outlet crossed the line in its coverage of a white nationalists rally in Charlottesville, Va., he says. 8:42