Andrew Scheer gets a rocky reception at meeting with Quebec Conservatives

Conservative Leader Andrew Scheer got an earful from failed Quebec Tory candidates at a meeting in Montreal Monday — with some calling on him to step aside as leader to allow someone else to lead the party into the next election.

'Andrew Scheer isn't the man for the job,' one failed candidate says

Conservative Leader Andrew Scheer got an earful from failed Quebec Tory candidates at a meeting in Montreal Monday — with some calling on him to step aside to allow someone else to lead the party into the next election.

Scheer has been on a listening tour of sorts since he came up short in the last election, which saw Prime Minister Justin Trudeau and the Liberals secure a second mandate. Scheer is fighting to keep his job ahead of a scheduled leadership review vote at the party's next convention in April.

'He cannot win the next election in Quebec'

"Andrew Scheer isn't the man for the job. He lost the moral authority with his candidates, with Quebecers," said Maikel Mikhael, who ran for the party in Rivière-des-Mille-Îles. He spoke to Radio-Canada, CBC's French-language arm, outside the meeting.

"He cannot win the next election in Quebec, I will not get involved in the riding if he stays," said François Desrochers, the party's former candidate in Mirabel. 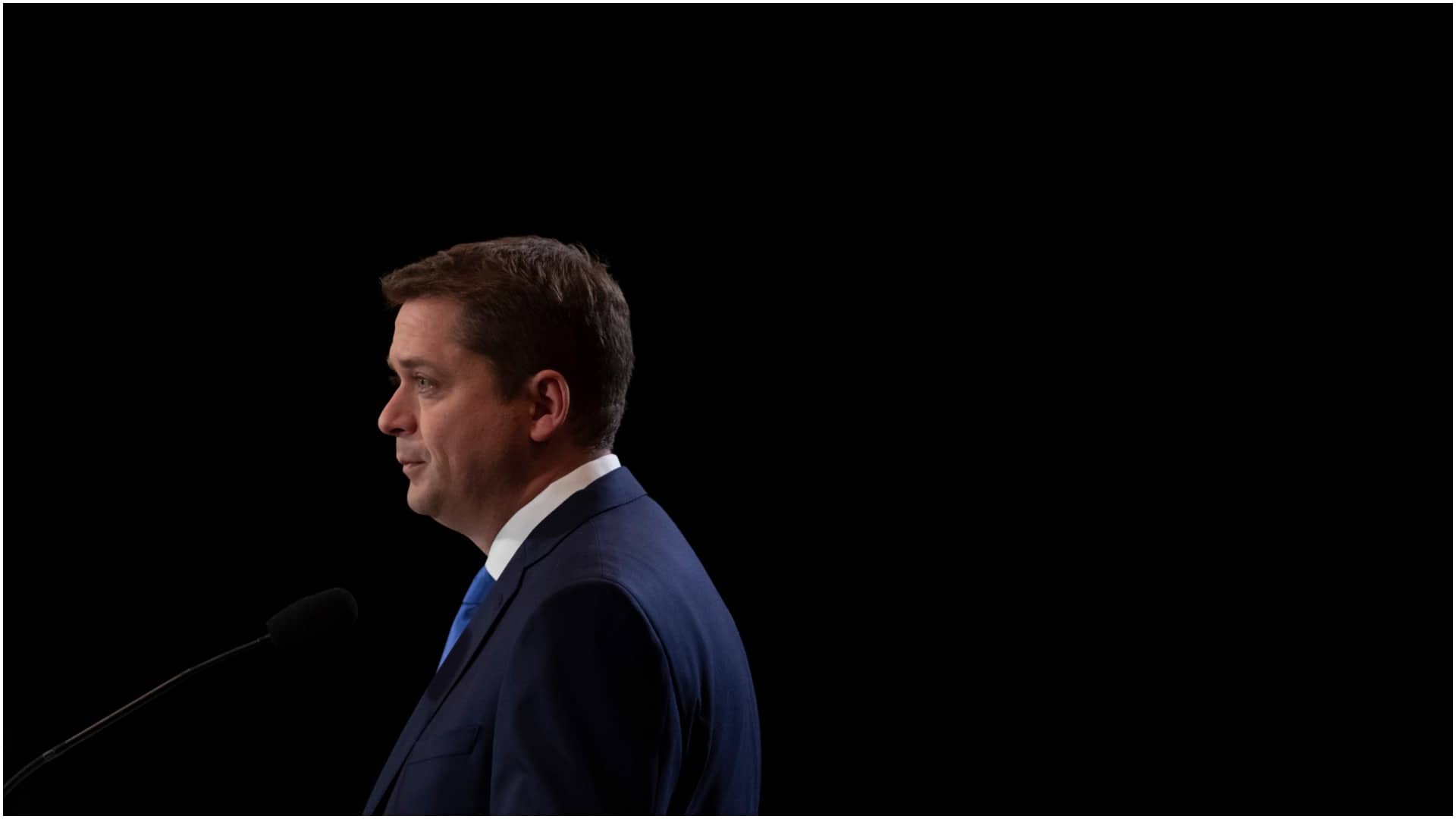 11 months ago
5:00
Laurent Proulx, who was the campaign manager for the Conservative candidate in Drummondville, Quebec, says the Conservative party can't go another electoral campaign with Andrew Scheer at the helm of the party. 5:00

Marie-Claire Fournier ran for the party in Thérèse-De Blainville, placing a distant third behind the Bloc Québécois and Liberal candidates. She said she also wants Scheer to resign.

Fournier said it's unlikely the Liberal government will last four years and the party needs to position itself, with a new leader, before another election is called. Failure to act would result in another disappointing result in Quebec, she said.

Scheer has faced a poor reception from Conservative Quebecers in particular.

At the outset of the campaign, the party looked well-positioned to pick up seats in the province — but two shaky performances by Scheer in the French-language debates badly damaged his party's fortunes.

Scheer has fired his chief of staff, Marc-André Leclerc, who also was his chief adviser on Quebec issues. His director of communications, Brock Harrison, was also fired in a staff shake-up last Saturday.

'Stuck in the past'

During the campaign, Scheer said he would defend the rights of all Canadians — but some noted LGBTQ Conservatives have since accused Scheer of being "stuck in the past" on issues that have long been settled.

Dagenais also said Scheer attached a "low importance" to Quebec and he could no longer sit as a member of his caucus as a result.

"We have wasted a unique opportunity and the result will be the same the next time, if the current leader and those who advise him remain in office, as is the case at this time," Dagenais said in a statement.

While some failed Quebec candidates had a decidedly negative opinion of Scheer's leadership, others said they were prepared to give him a second chance.

Yves Lévesque, the former mayor of Trois-Rivières and a star candidate for the Conservative Party in the last election, said Scheer showed Monday he was ready to learn from past mistakes. (Lévesque lost to the Bloc candidate, coming in third.)

"He listened a lot, he understood the message, and it will be up to him to adjust his message," Lévesque said.

Scheer avoided reporters outside the event Monday and left without answering questions.