Andrew Scheer spotted without a mask at Toronto's Pearson Airport

Conservative Leader Andrew Scheer was seen at a departure gate at Toronto’s Pearson Airport Tuesday without a mask on — an apparent contravention of the rules that apply to travellers passing through the terminal.

Conservative Leader Andrew Scheer was seen at a departure gate at Toronto's Pearson Airport Tuesday without a mask on — an apparent contravention of the rules that apply to all travellers passing through the terminal.

The airport's website stipulates that "all passengers and airport employees" must wear a mask or a face covering "at all times." The mandatory mask rule has been in place since June 1 to stop the spread of COVID-19 among the travelling public.

"This includes the pre- and post-security screening areas of the terminals, parking facilities, people mover train, sidewalks/curbs outside the terminals and other outdoor public areas," the airport rules say.

There are exceptions for people under the age of two, travellers who are unable to remove a face covering without assistance and for people who have trouble breathing. Masks are not required for travellers dining at food and beverage locations.

A number of pictures surfaced on social media Tuesday of Scheer speaking to Manitoba Premier Brian Pallister and others while waiting to board a flight. Pallister also appears to have his mask off while speaking to Scheer in the terminal.

A spokesperson for Scheer confirmed to CBC News that the pictures of Scheer were taken Tuesday.

"Mr. Scheer wore a face mask while travelling to Ottawa [Tuesday]. He removed it to make a phone call. This picture must have been taken before he put it back on," said Kelsie Chiasson, acting director of communications for Scheer.

The pictures do not appear to show Scheer talking on the phone.

WATCH | Scheer is asked why he didn't wear a mask at Pearson airport: 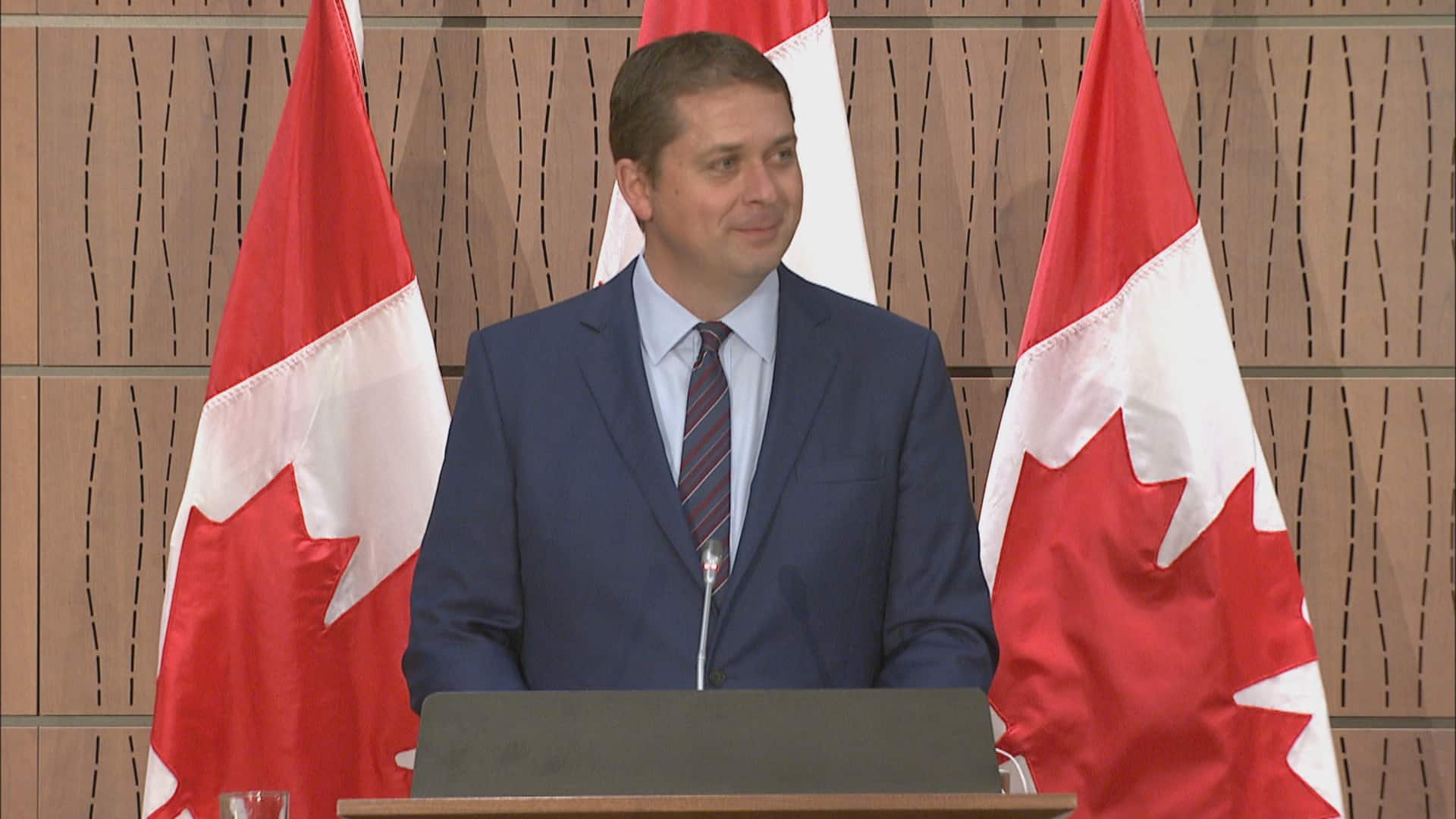 8 months agoVideo
2:17
Federal Opposition Leader Andrew Scheer spoke with reporters the day after he was photographed speaking with Manitoba's Premier and three other men at Pearson airport. None were wearing masks even though the airport requires passengers to wear them. 2:17

On Wednesday, Scheer said he had nothing more to add and called repeated questions about the incident "ridiculous."

"It was pretty self-explanatory yesterday," he said when pressed by reporters.

"It's hard to believe this is actually your question and your followup when we're dealing with a prime minister that is under an investigation for ethics violations for the third time.

"We're dealing with $300 billion worth of deficit with no recovery plan, with no budget this year, and you want to know how long I had my mask off yesterday after making a phone call? Come on, that's ridiculous."

Premier Pallister told CBC News his maskless moment was a lapse in judgment.

"I lifted my mask to join some friends in conversation at the Toronto airport this afternoon," he said in an emailed statement. "It was an error on my part, it won't happen again."

"They are! All travelers and employees inside the terminal must wear a mask or face covering," the airport's account said in response.

They are! All travelers and employees inside the terminal must wear a mask or face covering.