Andrew Scheer goes where Joe Clark struggled and succeeded before

It is, improbably, not the first time that a boyish, 30-something has become leader of the opposition after a narrow come-from-behind upset. Last time, that leader went on to displace a Trudeau and become prime minister.

Another narrowly elected 30-something takes on a Trudeau

It is, improbably, not the first time that a boyish, 30-something has become leader of the opposition after narrowly winning his party's leadership in a come-from-behind upset.

Last time, that leader went on to displace a Trudeau and become prime minister. At least for a brief moment.

In light of Joe Clark's ill-fated government, his example might not be what Andrew Scheer aspires to now. But, insofar as Clark actually got to occupy top office, Scheer could certainly do worse.

Either way, Scheer's task is formidable.

Leader of Her Majesty's loyal opposition is not a post that anyone really aspires to. In Britain, it has been called the worst job in politics.

And Scheer will be challenged in ways both familiar and new.

A young leader, but an experienced parliamentarian

In electing him, Conservatives have settled on someone who should be reasonably comfortable in the House of Commons.

As a high school student in Ottawa, Scheer would sometimes wander over to Parliament Hill to watch question period. At 25, he was the MP for  Regina—Qu'Appelle. At 32, he became the youngest Speaker of the House of Commons in Parliament's history. At 38, he has spent a third of his life as a parliamentarian. 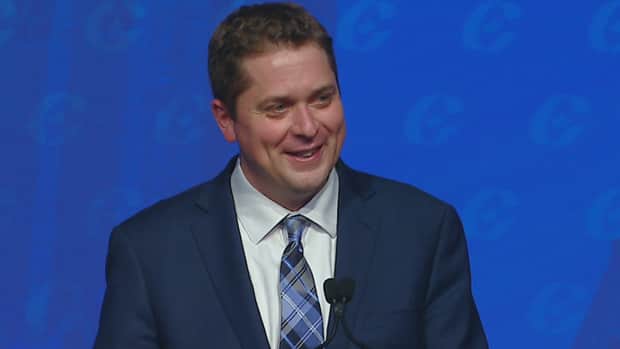 He speaks carefully, but he's shown a willingness to attempt humour. He is amiable and naturally smiley. He is not exactly Tom Mulcair, who Brian Mulroney once described as the best opposition leader since John Diefenbaker — but then, that title didn't do much for Mulcair.

However much fun Conservative MPs have had pestering the Liberal government over the last year about questionable expenses and ethical dilemmas, it might have amounted to shadow boxing. Rona Ambrose was an interim leader, working without a platform. Scheer is an actual contender, whose presence should give the proceedings a new air of consequence (and expectation). 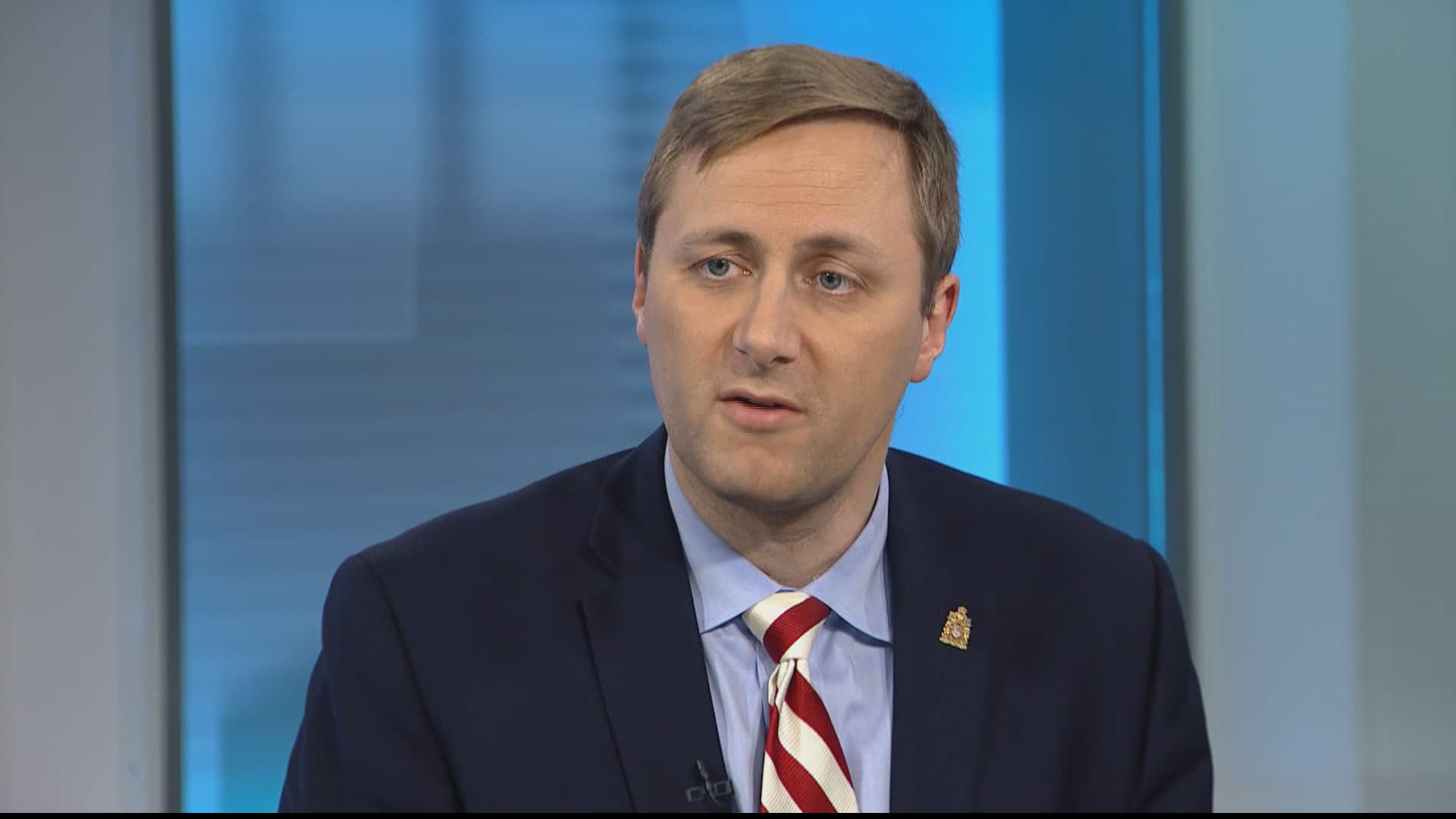 3 years ago
7:36
MP Brad Trost says new party leader Andrew Scheer has a natural relationship with so-cons, and he will support, not test the new leader 7:36

The shadow cabinet and social conservatives

A new shadow cabinet is not expected until the fall (there are just four weeks left in the House calendar before MPs return to their ridings for the summer). Scheer will have useful communicators like Lisa Raitt, Erin O'Toole and Gerard Deltell to draw from for the front bench. Among his endorsers are comfortable performers like Chris Warkentin, Mark Strahl and Shannon Stubbs. But there will be tricky decisions.

Maxime Benier would seem to be in line for a prominent assignment, but what happens if official party policy conflicts with his stridently neoliberal positions? Is Kellie Leitch permitted anywhere near the front bench, or is she too toxic an asset now? What about Brad Trost, an outspoken social conservative who insists that climate change is not a threat?

The support drawn by Trost and fellow social conservative Pierre Lemieux was one of the weekend's secondary storylines, and questions soon followed about Scheer's approach to their concerns. The new Conservative leader has said he's not interested in reopening the debate about abortion, but he has said MPs should be free to bring forward issues that concern them.

That would be a departure from the approach of his predecessor, Stephen Harper. Though initially willing to let backbenchers put forward bills and motions related to abortion, Harper eventually decided in 2013 that such freedom resulted in too many controversial proposals that he and his party had to answer for, and reportedly imposed strict party discipline.

It wasn't easy for Joe Clark

Eventually, Scheer will have to draft a platform (Conservatives have a policy convention scheduled for August 2018). In the meantime, and at regular intervals, he will be asked to take positions on whatever comes up. He will venture to all corners of the country on outreach efforts. He will, inevitably, have a difficult moment or two.

Given that he received just 21.8 per cent on the first ballot and won with only 50.9 per cent, it is to wonder whether Scheer could face a restive caucus if he struggles for some length of time. But having inherited a party that trails by 10 points or more in public polling, and faced with a popular first-term government, he might be facing rather tempered expectations.

Clark became leader of the Progressive Conservatives with a comparatively robust 51.4 per cent of delegates in 1976, but that after winning a scant 11.7 per cent on the first ballot.

The headline of "Joe who?" on the front page of the Toronto Star the next morning — echoed this weekend by the Star's "Andrew who?" headline — set something of a tone for what followed. Clark was scrutinized by the press gallery for his physical awkwardness and political missteps, and he struggled to be viewed as Pierre Trudeau's equal.

In Scrum Wars, Allan Levine deemed him the "Rodney Dangerfield of Canadian politics."

"Trudeau was what Canadians really wanted to be — intellectual, suave, worldly, independent and unpredictable — while Clark was what they feared they were — earnest, nice, competent, unimaginative, honest and rather dull," Ron Graham wrote in a 1983 profile of Clark for Saturday Night magazine.

In Scheer's case, boring might be sold as a virtue opposite the flash of the younger Trudeau (there is so far nothing about Scheer that could be described as "flashy"). And he might avoid Clark's worst missteps (there was a foreign trip that involved lost luggage).

But by the election of 1979, Clark was also facing a prime minister who had been in office for 11 years. The Liberals had been in power for 16 years. And even then, the Liberals still won more votes (the PCs prevailed in the seat count).

All of which underscore Scheer's challenge. Of course, his odds could be somewhat improved if he's still leader of the opposition in 2023. 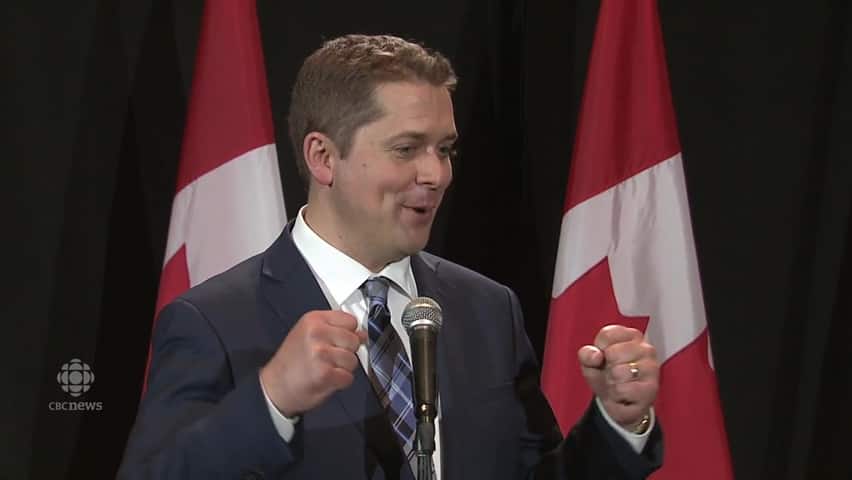 Behind the scenes with Andrew Scheer

3 years ago
4:18
The CBC's Catherine Cullen follows Andrew Scheer as he won the leadership and during his first hours as the new leader of the Conservative Party of Canada. 4:18