Conservatives face an awkward question: What if Scheer wasn't the problem?

Was Andrew Scheer just another party leader who tried and failed - a Conservative Stephane Dion? Or did his failure point to more significant problems with the modern Conservative Party?

On the simplest level, Andrew Scheer was merely a political leader who failed — a politician who made too many mistakes and suffered self-inflicted wounds that cut too deep.

The larger legacy of his time as Conservative leader may end up being that of a politician who saw the times pass him by  — yesterday's man, his ideas and positions out of step with a significant majority of voters.

But that depends on where his party and Canadian politics go next.

Scheer's sudden (but not entirely surprising) exit on Thursday was quickly accompanied by reports that the Conservative Party had somehow been covering part of the cost of his children's education at a private school. That might not seem like a problem in and of itself, at least not a significant one.

But Scheer had just spent an election campaign pitching himself as a middle-class everyman, a stark contrast to an affluent and privileged Liberal leader — a prime minister Scheer and other Conservatives had ridiculed for using the budget of his official residence to hire nannies.

The matter of financial assistance also fits a pattern.

Late in this fall's campaign, Scheer had to admit that he was a dual citizen of Canada and the United States — despite having previously questioned the dual citizenship of former governor general Michaëlle Jean.

That revelation came shortly after Scheer was compelled to admit that he had not been licensed as an insurance broker, despite having claimed to have worked as a broker before entering politics (he also had only worked in an insurance office for six or seven months).

While all of this was going on, the Conservatives were still loudly insisting that Justin Trudeau was "not as advertised."

Scheer's struggles were not limited to contradictions. He wouldn't — or couldn't — account for his previously stated views on same-sex marriage. He never found a way to explain why he wouldn't march in a Pride parade. And during the first televised leaders' debate, he was noticeably reluctant to acknowledge to that he was personally opposed to abortion.

Scheer's campaign became a personal identity crisis. And then he failed to defeat a vulnerable opponent.

Back in May 2017, when Scheer became leader of the party, perhaps few Conservatives gave him much chance of defeating Trudeau in October 2019. But by mid-October — after the India trip and SNC-Lavalin and blackface — it was possible for Conservatives to imagine that this was a very winnable election.

In trying and failing, Scheer might be no more remarkable than Stéphane Dion, Michael Ignatieff or Thomas Mulcair — the last three leaders of the opposition to lead their parties into an election and come up short.

But Scheer's defeat also could one day be regarded as a pivot point for the Conservative Party and Canadian politics.

During his leadership campaign, Scheer embraced the idea that he was "Stephen Harper with a smile." He proceeded to live up to that notion; this fall, he ran on a reasonable facsimile of the Harper agenda, right down to the narrowly targeted tax credits. Scheer's tenure would be based on the idea that the Conservatives didn't need to change much of anything, except maybe their disposition.

He emphasized balancing the budget and he didn't bother to present a substantive plan to reduce Canada's greenhouse gas emissions. He didn't march in Pride parades and he reverted to Harper's position on abortion — that a Conservative government would oppose any attempt to restrict access, but Conservative backbenchers would be free to table anti-abortion legislation and motions.

None of that prevented Harper from governing for nearly a decade between 2006 and 2015. But all of it seemed to hold Scheer back. The political conversation in this country has shifted markedly since Harper's last electoral victory in 2011.

In previous eras, the Liberal Party included a number of anti-abortion MPs. But Justin Trudeau declared that his party would be strictly pro-choice — leaving the Conservatives the only party still willing to consider anti-abortion views.

The Trudeau Liberals won in 2015 after promising to spend into deficit. In government, they implemented a price on carbon. Public alarm over climate change has increased. And Trudeau has been regularly and enthusiastically marching in Pride parades — the first prime minister to participate in those celebrations.

All those developments put pressure on Scheer's candidacy in 2019 — more pressure than it could bear. 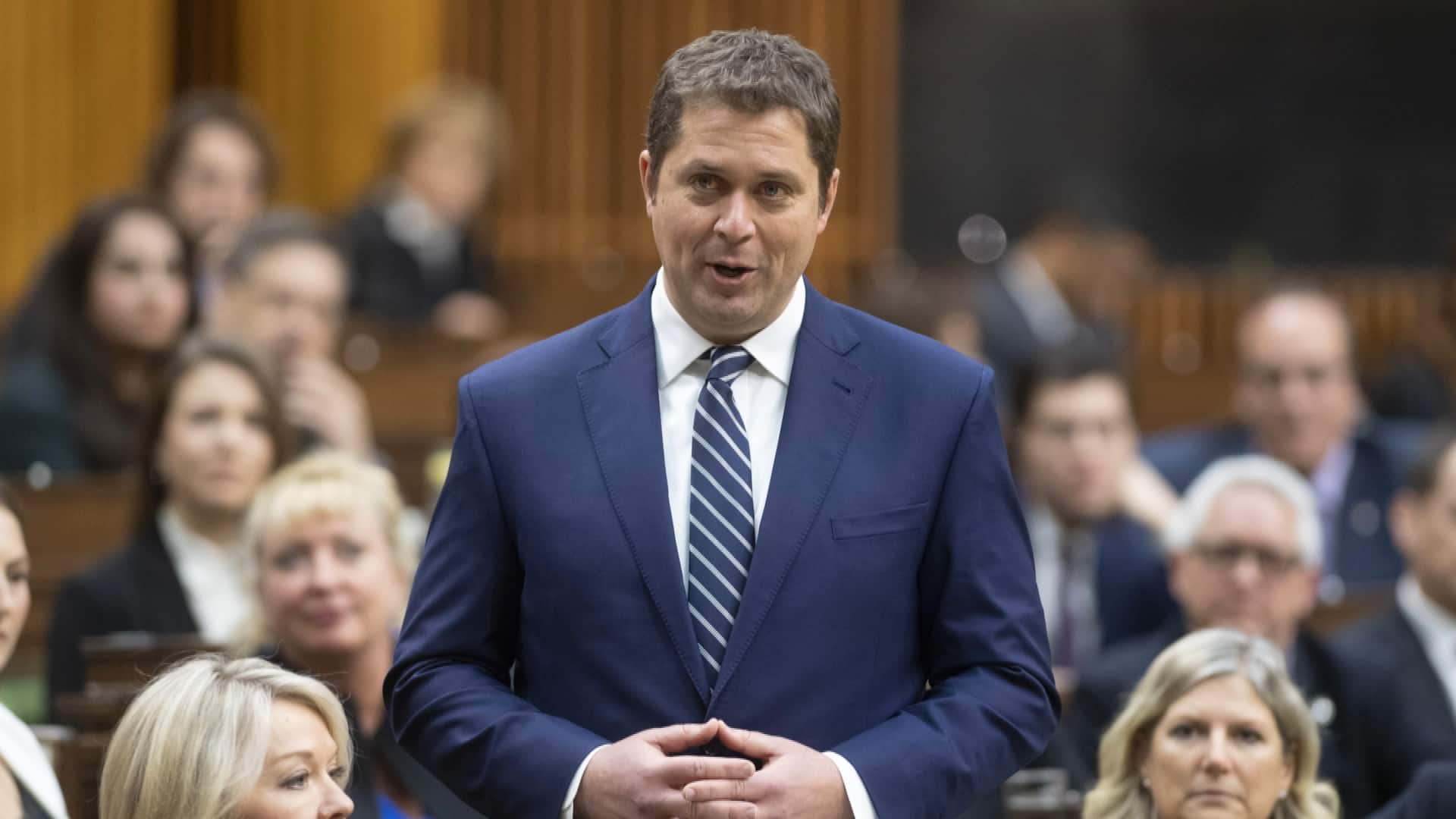 1 year agoVideo
1:25
After weeks of mounting criticism of his election performance, Andrew Scheer announced today he is stepping down as Conservative Party leader. 1:25

Conservatives might tell themselves now that they would have won in October if not for Scheer's tactical mistakes and shortcomings — his dual citizenship, his dodginess about his time in the insurance industry, his lack of a good answer for what he'd said years ago about same-sex marriage. Conservatives might imagine that a better leader with the very same agenda might have beaten Trudeau.

But they also have to face the very real possibility that their problems ran deeper — and they'll have to answer some very real questions about what it will take to win in 2021 or 2023, or whenever the next election is held.

Can the next Conservative leader really go into the next election without a credible plan to meet Canada's emissions targets?

Can the next Conservative leader possibly hope to win the next election without having marched in a Pride parade?

Can the next Conservative leader leave any room for his MPs to push anti-abortion legislation?

Change is rarely easy. On abortion in particular, the Conservative Party might not be capable of adopting an absolutely pro-choice position.

But without change, the Conservatives might be faced with diminishing chances of winning power.

Since the election, Scheer has been keen to argue that his campaign struck the first blow against Trudeau, hastening the Liberal government's demise.

"I believe in this party, I believe in our movement and I believe that we will be a government after the election," he said on Thursday in the House after announcing his intention to resign.

Time may prove him right.

But time could also prove him to be the last Conservative leader of an era that is now past.