Scheer meets the caucus today. Will it be a hero's welcome - or a moment of reckoning?

For the first time since the Oct. 21 election, Andrew Scheer meets his caucus today — looking for a second chance.

Publicly, Conservatives have his back. Privately, they have questions

For the first time since the Oct. 21 election, Andrew Scheer meets his caucus today — looking for a second chance.

The Conservative leader has been criticized, both publicly and privately, for losing an election that many in the party felt he should have won, for failing to convince voters in key ridings in Ontario that he respects same-sex marriage and a woman's right to choose, and for a platform that failed to convince Canadians that Conservatives take climate change seriously.

"It was like having a breakaway on an open net and missing the net," former Conservative cabinet minister Peter MacKay said when asked about Scheer's performance a week or so after the results were in.

Since then, the public criticism of Scheer has been more muted. But it hasn't gone away.

A new poll from the Angus Reid Institute, out Wednesday morning, suggests Conservative supporters are divided on whether Scheer should stay or go.

(The survey was conducted Oct. 29 to Nov. 4 with a representative randomized sample of 1,965 Canadian adult members of the Angus Reid Forum. A comparable probability sample of this size would have a margin of error of +/- 2.5 percentage points, 19 times out of 20.)

"The environment was a big deal," said Conservative MP Marilyn Gladu, who won re-election in the Ontario riding of Sarnia-Lambton. "And I did hear that people didn't think the Conservative plan was enough. So we need to do something there." 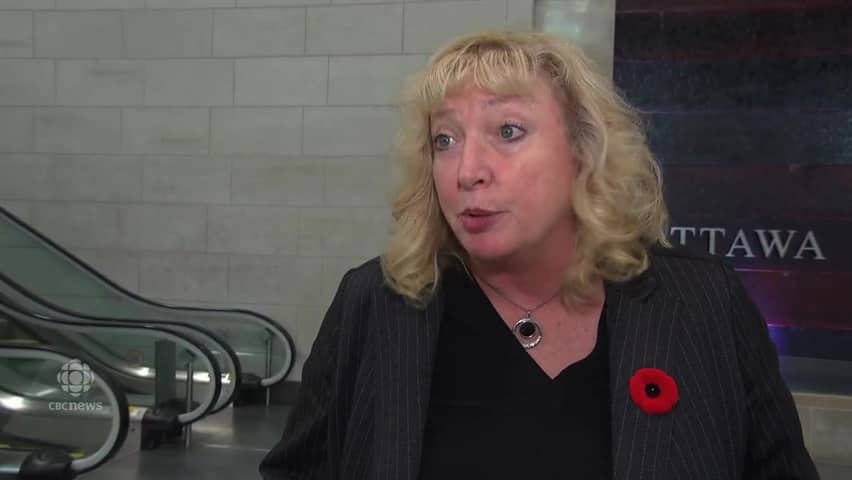 Gladu said she supports Scheer. But party insiders agree he will face tough questions today when senators, MPs and their defeated colleagues gather on Parliament Hill to go over what went wrong, and what has to change before the next election.

No leadership review likely before April

Under new rules introduced in 2015, Conservative caucus members could even trigger a leadership review today. Few think that will happen before the party's April convention in Toronto, where Scheer will face a mandatory vote on his leadership.

"Andrew has my support, 100 per cent," Manitoba MP James Bezan told CBC News as he arrived in Ottawa on Tuesday.

And the rest of caucus? "We'll see when we get there," he said.

Peter Kent, one of just three Conservatives to be elected in the swath of ridings around Toronto, said getting rid of Scheer now would be a mistake.

"I understand the frustration of the grassroots and the unsuccessful candidates but we have to recognize the gains Andrew made," he said. "I will be disappointed if there's no recognition of what he's accomplished."

Under Scheer, the Conservatives won more seats than they did in 2015 and held the Liberals to a minority government.

Scheer himself has taken pains in recent weeks to point out that the Conservatives won more votes than the Liberals — even though that outcome failed to deliver a plurality of seats, thanks to the huge vote numbers Conservative candidates ran up in Alberta and Saskatchewan ridings.

Scheer also did better than Stephen Harper did in his first campaign in 2004 as leader of the newly united Conservative Party, when the Conservatives won 99 seats with just under 30 per cent of the vote.

Will any of that sway Conservatives who believe victory over Justin Trudeau was in the cards? Doing better is not the same as winning — and for Conservatives, winning requires improved performances in Ontario (where the party won 36 seats, just three more than it did in 2015) and in Quebec, where the party lost two of its dozen seats.

One Conservative insider said Scheer can expect some pointed questions from caucus about how the campaign responded to predictable Liberal attacks on Scheer's personal beliefs and past statements regarding social issues such as abortion and same-sex marriage.

"Caucus will be asking difficult questions about the strategic approach of the campaign," said the insider, who asked not to be identified in order to speak freely. "The Liberals played the old 'hidden agenda' card on social issues and Scheer and his campaign team had no satisfactory answer."

The Liberals put Scheer on the defensive from the outset, tweeting links to a 2005 speech opposing same-sex marriage and using social media to highlight past statements against abortion by Conservative candidates in ridings Scheer was visiting.

Many Conservatives say they believe Scheer and his campaign team mismanaged those questions about his personal views, turning what should have been a one-day story at the opening of the election into lingering doubts about the kind of person he is.

'It's how uncomfortable he looked'

"It's not a question of communication and messaging," said another party insider who spoke on condition of anonymity. "It wasn't just that he didn't explain himself. It's how uncomfortable he looked discussing these issues that mattered to those soccer moms and other female voters of the Toronto suburbs."

Kent said he doesn't agree. He said Scheer's position is the same as Stephen Harper's was in 2011, when he vowed a Conservative government would never re-open the debate on abortion.

For Kent, the obstacle for Conservatives in those 905 ridings around Toronto was the unpopularity of Ontario Premier Doug Ford, not Scheer's positions on abortion and same-sex marriage, or his refusal to attend Pride events.

"I believe Andrew. I take him at his word, just as I took Stephen Harper at his word," Kent said. "I think that going to a parade shouldn't be the measure of whether someone is open-minded or inclusive."

Kent said he wants the focus of today's caucus meeting to be on where the campaign could have done better.

He said the party needs to do more to promote its environmental plan in Ontario and Quebec, and to convince party members in the Prairies that a proposed energy corridor through Central Canada could be built.

It's a tall order for a party — and a leader — with a political base in the West and a history of struggling to shed the "social conservative" label.

Scheer's challenge today is to convince his colleagues that he can do both — that he knows what went wrong and has a plan to win next time.

Second chances don't mean much if you don't learn from the past.