A video game livestream session between federal NDP Leader Jagmeet Singh and a U.S. lawmaker has raised more than $200,000 US in donations.

A video game livestream session between federal NDP Leader Jagmeet Singh and a U.S. lawmaker has raised more than $200,000 US in donations.

New York City Rep. Alexandria Ocasio-Cortez said on Saturday the funds raised during her battle with Singh on the popular online multiplayer game Among Us went toward a number of initiatives aimed at reducing food and housing insecurity in the United States.

"Grateful to all who joined us last night! Wonderful learning from you @theJagmeetSingh," the firebrand Democrat said on Twitter.

"Thank you for reminding us that another world is not only possible, but just a few hours' drive from NYC," she added, referring to affordable health care and more generous employment insurance north of the border.

Singh responded: "It was awesome chatting with you about how we can build a better world. In Canada, things aren't perfect and we face many of the same challenges. But, together we can do better."

WATCH | Singh, Ocazio-Cortez square off in Among Us: 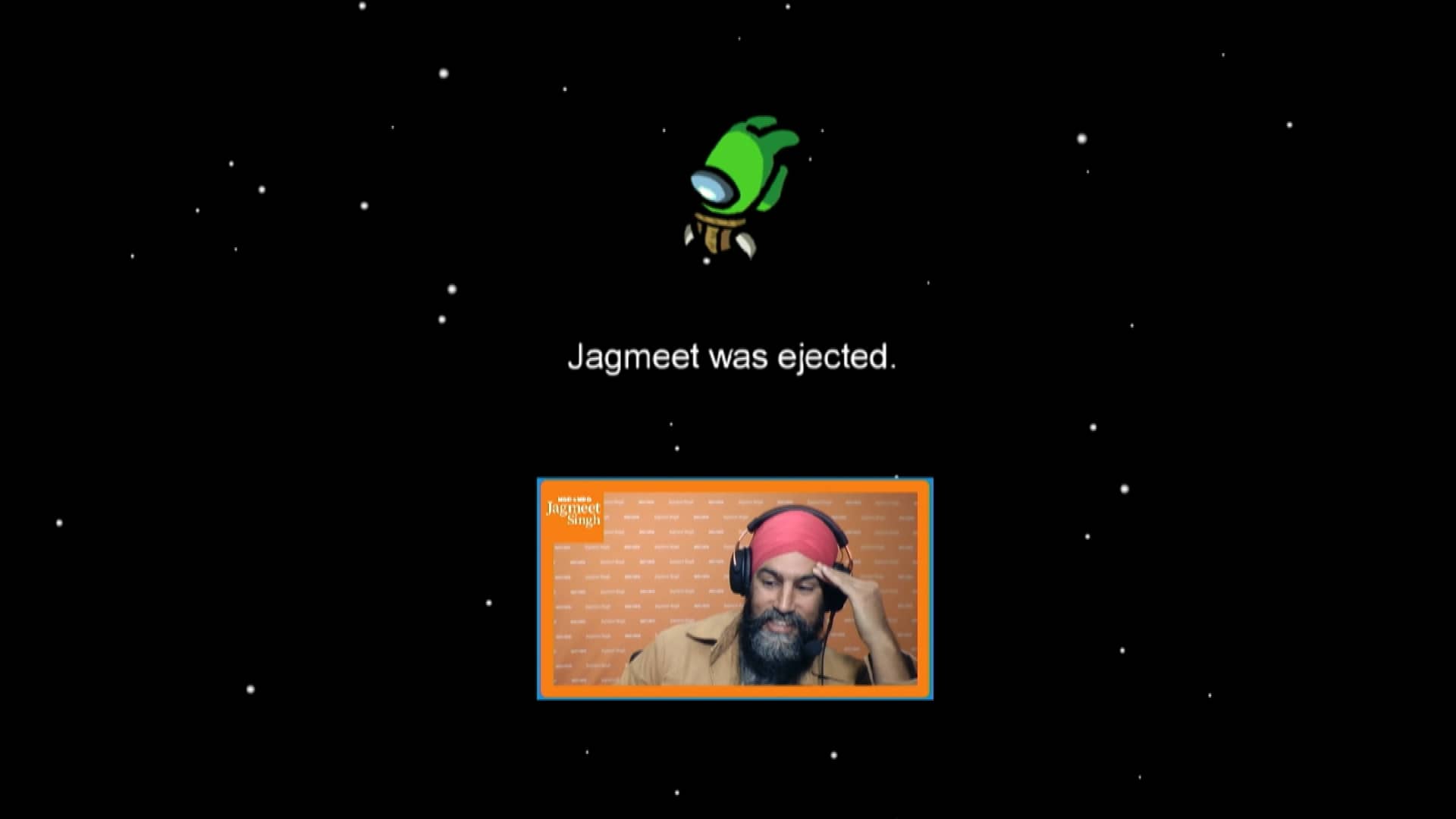 The New Democrat leader, who challenged Ocasio-Cortez on Thursday, said the aim of the friendly head-to-head was to connect with young people.

He told The Canadian Press that the two politicians share progressive values on health care, economic equality and climate change — views that align with a growing slice of younger voters.