Airline temperature checks to become mandatory for travellers in Canada

Passengers travelling by plane to, from or within Canada will soon have to undergo temperature checks before boarding as part of stepped-up airport screening measures meant to prevent the spread of COVID-19 by travellers, Prime Minister Justin Trudeau said today.

Measure to be in place for passengers entering Canada end of June, domestic travellers starting end of July

Passengers travelling by plane to, from or within Canada will soon have to undergo temperature checks before boarding as part of stepped-up airport screening measures meant to prevent the spread of COVID-19 by travellers, Prime Minister Justin Trudeau said today.

Trudeau said any passenger who is found to have a fever will not be permitted to board a flight. Employees who work in secured areas of airports also will be required to undergo temperature checks.

The volume and interconnectedness of global travel is widely seen as one of the main factors behind the virus's rapid spread around the world. There are currently over 7.5 million confirmed cases of COVID-19 worldwide, in almost 200 countries, according to a database maintained by Johns Hopkins University.

Transport Minister Marc Garneau said all passengers boarding international flights to Canada will have their temperatures checked at their departing airports starting later this month.

If a first check finds a would-be traveller has a fever, his or her temperature will be taken again in 10 minutes. Anyone found with a fever in both checks will not be allowed to fly unless they have a medical document providing a rationale.

Passengers prevented from boarding will have the opportunity to rebook their flights at no extra cost — as long as the rebooked flight departs at least 14 days later.

"Foreign airlines will take temperature measurements ... to make sure we minimize the possibility of reducing the virus into the country," said Garneau. "It will take us longer to purchase the equipment and set up the procedures to screen people taking domestic flights."

Temperature checks will complement a number of measures already in place at airports — including mandatory mask-wearing for all passengers and staff, health screening questionnaires, enhanced cleaning protocols and physical distancing in airports. 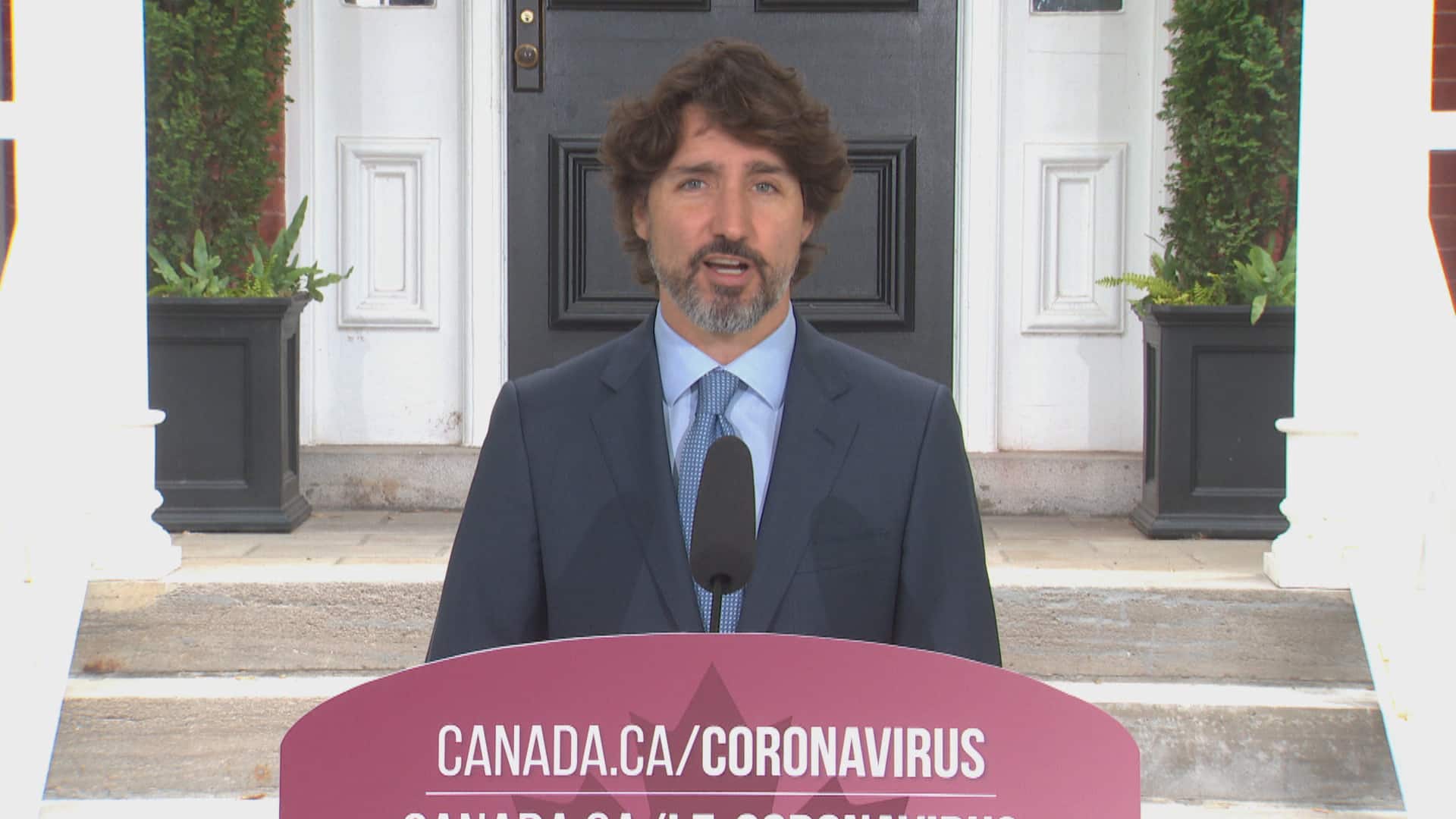 4 months ago
2:20
Prime Minister Justin Trudeau told reporters Friday why his government is bringing in temperature checks for travelers and workers in secure areas. 2:20

The introduction of temperature checks marks a reversal for the Liberal government, which had resisted introducing them. Both Trudeau and Chief Public Health Officer Theresa Tam have said there is not enough scientific evidence to support the efficacy of temperature checks.

A 2005 report, co-written by Tam, that examined border screening measures during the SARS epidemic found that no SARS cases were detected at airports despite intensive efforts to screen airplane passengers at selected airports for symptoms and signs of the virus.

Garneau said today that comparisons to SARS are limited by the fact that it infected a relatively small number of people compared to the novel coronavirus. Just over 8,000 people were infected with SARS between November 2002 and July 2003, according to the World Health Organization.

"It is part of a layered approach and if a person does have a fever and has ... the coronavirus, there are very high probabilities we will detect that and that way we can protect Canadians from the spread of this virus," said Garneau. 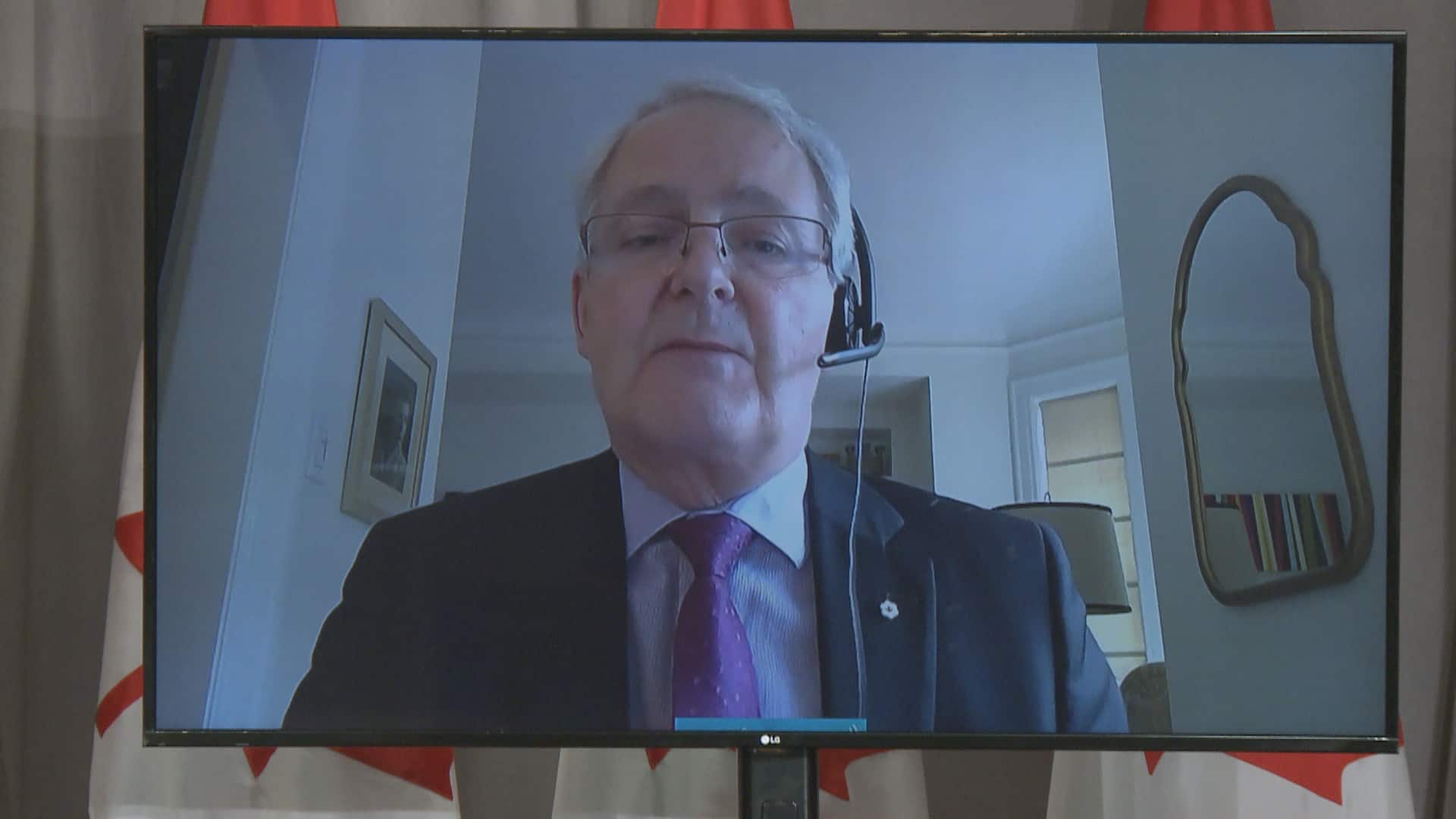 4 months ago
2:12
Minister of Transport Marc Garneau says the new policy of mandatory temperature checks for airline travellers is an effort to minimize the spread of COVID-19. 2:12

Trudeau acknowledged that temperature checks only screen for one of COVID-19's symptoms — fever — and not for the illness itself.

"It is not the panacea," said Trudeau. "It is an extra layer of safety."

Air Transat warns customers that they may have their temperatures checked at some airports.

Privacy experts have warned that mandatory temperature screening could breach privacy laws by asking for sensitive personal information when it's unnecessary.

A spokesperson for Canada's privacy commissioner said last week that while the office had received no complaints about temperature checks done by airlines, it had received a complaint related to a retail store. The spokesperson said an investigation is underway but provided no further details.

With a file from the Canadian Press