Air Canada's plan to introduce mandatory temperature checks for all passengers to screen for COVID-19 cases is meant to assure Canadians it's safe to fly again — but the policy raises privacy concerns, legal and privacy analysts say.

Air Canada's plan to introduce mandatory temperature checks for all passengers to screen for COVID-19 cases is meant to assure Canadians it's safe to fly again — but the policy raises privacy concerns, legal and privacy analysts say.

Privacy experts warn it could breach privacy laws to ask for such sensitive personal information if it's unnecessary and not evidence-based.

Canada's top doctor has said temperature testing is "not effective at all" for identifying people who have COVID-19. The government also doesn't require airlines to conduct this new screening measure.

"It's so outrageous what they're doing," said Cavoukian, who added she fears it's an optics measure meant to make people feel more comfortable about getting back on planes.

"If I was commissioner, I would really clamp down hard and say to Air Canada, 'What authorization do you have to collect personal information?'"

After Air Canada posted a billion-dollar loss during the initial phase of the pandemic, the hard-hit carrier is focusing on the relaunch of the industry, scheduled for June, and ensuring it's safe for the public to get back on planes. The airline said it's required by law to monitor the fitness of travellers during the pandemic and the temperature tests are an additional layer of screening that fulfils its obligations.

"We recognize that a person's temperature alone cannot be used to determine COVID-19, however, we view temperature readings as a measure to help us meet the government requirement to be vigilant for potential cases," Air Canada said in a statement to CBC News.

'Temperature taking is not effective at all'

But the Minister of Transport's office said it has no plans to make the testing mandatory.

"The more you actually understand the virus, the more you begin to know that temperature-taking is not effective at all," Tam said on May 4.  "Even if you are infected, we know that the likelihood of picking up someone who is symptomatic is sort of, relatively, inefficient."

People can mask a fever with medication and in many cases are asymptomatic altogether, she's said during the pandemic.

After this story first appeared, CBC News learned WestJet had started conducting temperature checks as a pilot project on Monday. The airline confirmed the measure Tuesday, saying it's taking temperatures at the busiest airports — Calgary, Toronto and Vancouver — but has not expanded the program to the 38 domestic airports it serves.

"This screening further supports the government-mandated health questionnaires that are already in place," said WestJet in a statement to CBC News. "No personal data regarding the guest as it relates to their temperature is retained."

Starting May 15, Air Canada customer service agents will be offered as much head-to-toe personal protective equipment as a front-line worker at a hospital, according to their union. They'll be asked to hover a handheld device five centimetres from customers' foreheads, likely before going through security, said Unifor.

The device uses an infrared beam to capture a person's temperature in seconds. If a customer is found to have a temperature higher than 37.6 C degrees, Air Canada said it can consult with a medical expert and then decide if it will turn the customer away.

Air Canada said the checks are part of a multilayered approach it's taking to minimize the risk of the virus.

"Temperature checks are an additional layer of safety screening as fever is a common COVID-19 symptom," said Air Canada. "While the percentage of customers we expect to detect with elevated temperatures and COVID-19 may be small, this measure does improve safety overall."

Other measures includes additional physical distancing onboard, cleaning and disinfecting, contact tracing and specific measures for workers including wearing personal protective equipment. Transport Canada has also made it mandatory for passengers to wear masks or face coverings while on planes and in airports where they cannot physically distance from others.

'I think it's going to be a breach of privacy law'

According to Canada's Personal Information Protection and Electronic Documents Act, companies may only collect, use or share personal information with meaningful consent and for purposes that are considered reasonable under the circumstances.

"It must be necessary and it must be proportionate, so with all the evidence we know about the ineffectiveness of temperature detecting someone with COVID-19, I think it's going to be a breach of privacy law," said Champ. 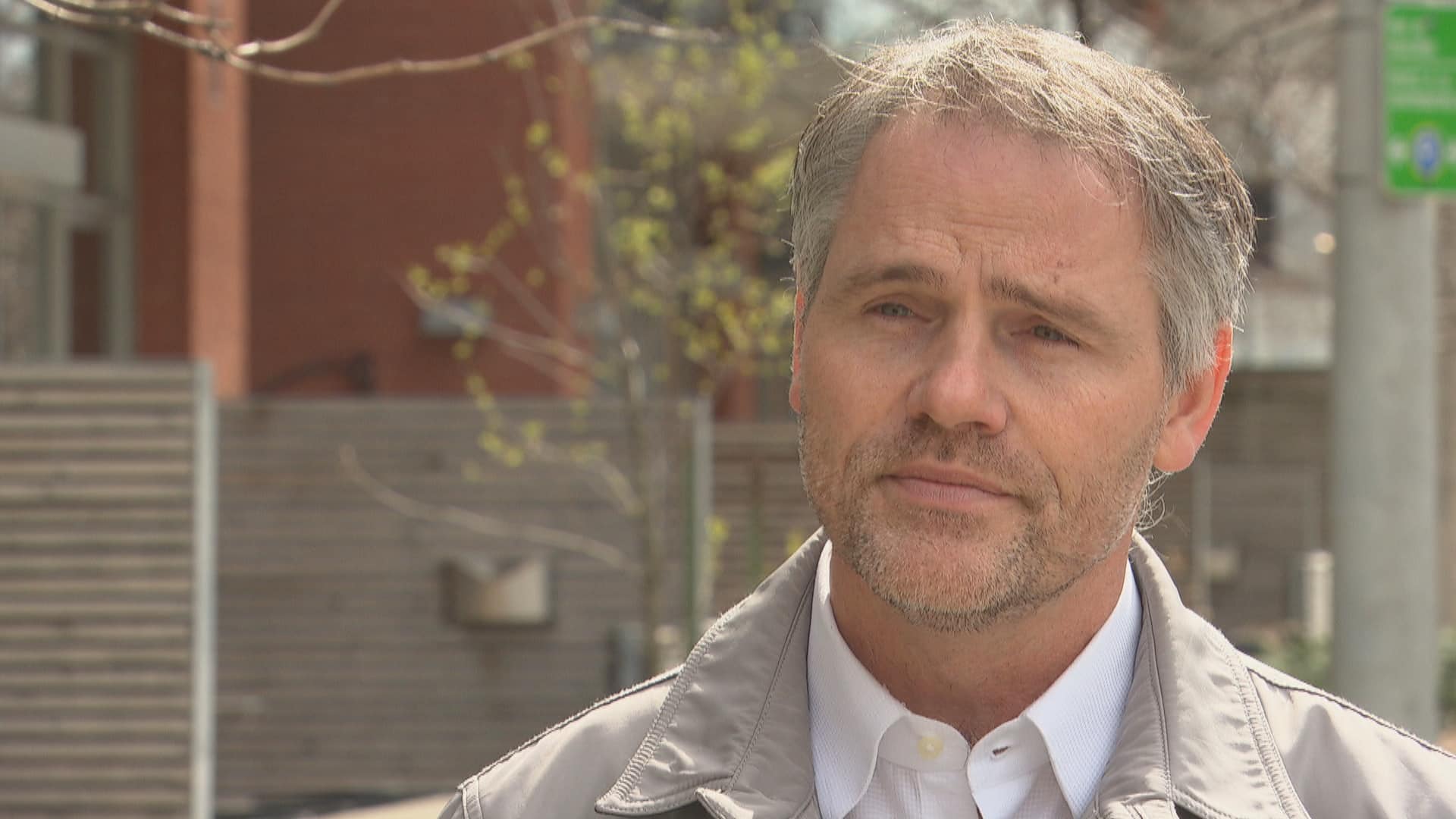 10 months ago
0:36
If the real reason Air Canada is doing temperature checks is to give passengers a false sense of comfort to passengers that's not going fly if privacy commissioner investigates, says lawyer 0:36

"If the real reason why they're testing temperatures is to give some false sense of comfort to passengers, well, that's simply not going to pass muster if the privacy commissioner ever investigates."

Canada's privacy commissioner, Daniel Therrien, hasn't received complaints about Air Canada's testing or examined the company's plan in detail. But his office has issued two documents since the start of the pandemic to help guide companies subject to federal privacy laws.

Any measures launched by businesses to address COVID-19 that could impact Canadians' privacy must be evidence-based and follow the guidance of public health officials, according to the commissioner's office.

"Temperature checks involve the collection of sensitive personal information," said Therrien in a statement to CBC News. "Therefore, we expect any organization that launches such an initiative would ensure that it is necessary, proportionate and in accordance with direction and guidance from public health authorities."

Air Canada said its testing is "in accordance with all applicable laws and regulations" and it has the ability to consult with medical expert if there are concerns about whether a customer is well enough to travel.

Concerns over where data could end up

Both Cavoukian and Champ also have serious concerns about where Canadians' personal data could end up.

Air Canada said the handheld devices it uses to take people's temperatures "do not collect or store any identifying information" and that "there is no recording of temperature data" in any way.

Cavoukian challenges the airline's claim, arguing it would need to keep track of the data using your name, Aeroplan number or some other identifier in case lawsuits are launched over false positive or false negative tests. The fact that customers turned away at the airport are required to get medical clearance before they can return suggests Air Canada must be documenting the cases somewhere, she said.

"It's highly unlikely there will be absolutely no record of it," said Cavoukian. "I would bet my bottom dollar there will be a record associated with your body temperature."

Champ questions if it's stored in a databank of some kind.

"Will it be shared with others?" he said. "Will it come up the next time someone flies? Those are all deeply personal issues that people may not want to disclose." 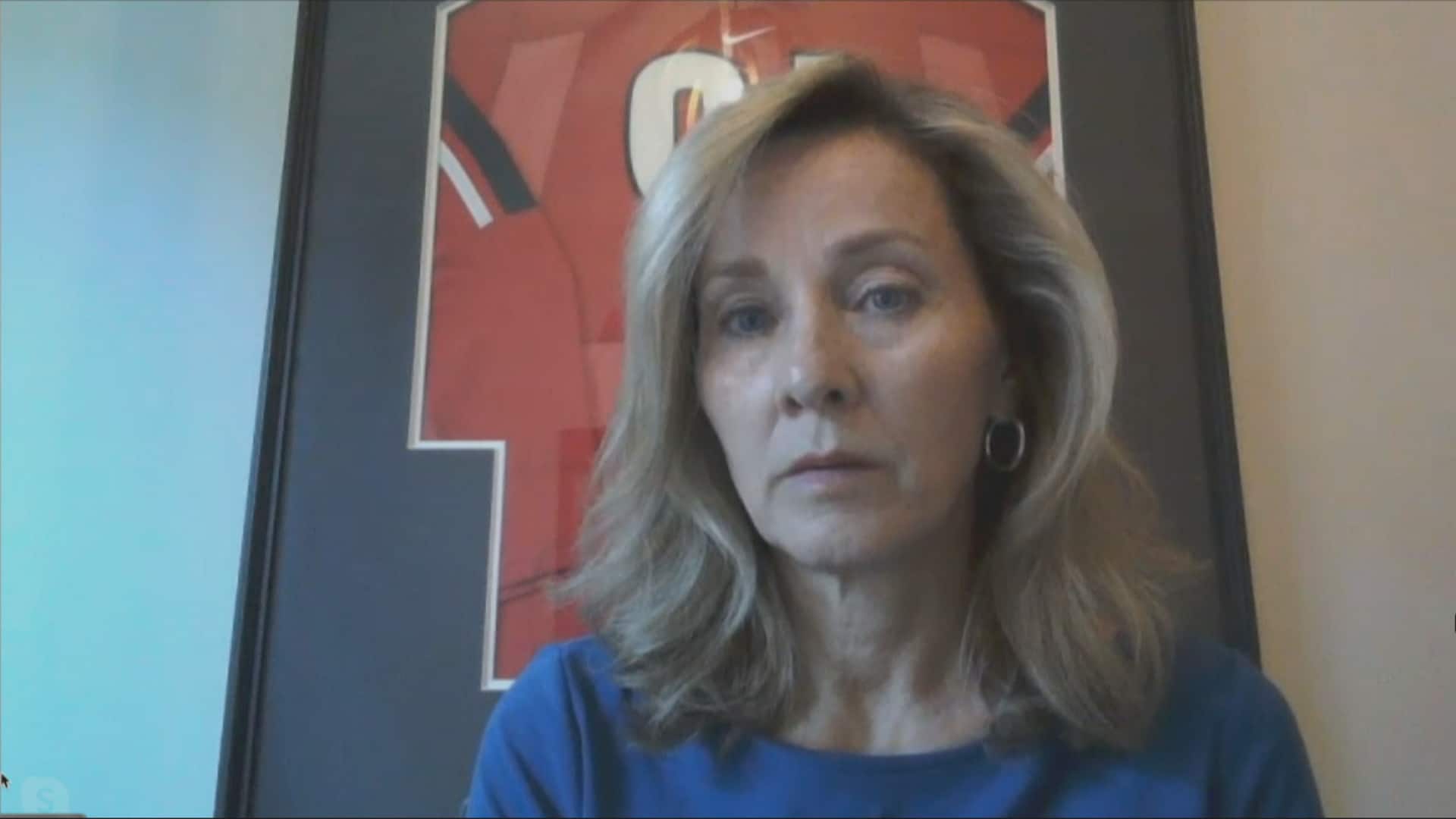 'Everyone wants to feel confident the system is as safe as it can be,' says union for Air Canada workers

10 months ago
0:35
Unifor's airline sector director Leslie Dias says Air Canada isn't the only airline doing temperature checks for COVID-19, other countries around the world are too. 0:35

'It's better to be prudent'

The union representing Air Canada's customer service agents who will be conducting the tests supports the new screening tool to help the industry recover and get staff back to work.

Frontier Airlines in the U.S. announced it plans to start the tests in June. A major American trade organization, Airlines for America, announced Saturday it wants the U.S. Transportation Security Administration to start conducting temperature checks to help relaunch air travel and the economy. The group represents major airlines including American Airlines, Delta Air Lines, United Airlines and Southwest Airlines, and said the checks are an added layer of protection.

Dubai-based airline Emirates has gone even further and in April started carrying out rapid COVID-19 blood tests on passengers before flights.

I'm not sure why Canadians' privacy is more important than the privacy of passengers in Europe, Asia and so on.- Leslie Dias

"I'm not sure why Canadians' privacy is more important than the privacy of passengers in Europe, Asia and so on," said Dias.

"I think it's better to be prudent and do whatever you can," she said. "It may not be a perfect system. It's not going to detect everything. But it's a method that can be used and provides some more assurance that we can do things as safely as possible."

The union representing flight attendants, CUPE, said the testing would help put staff at ease about their own safety. 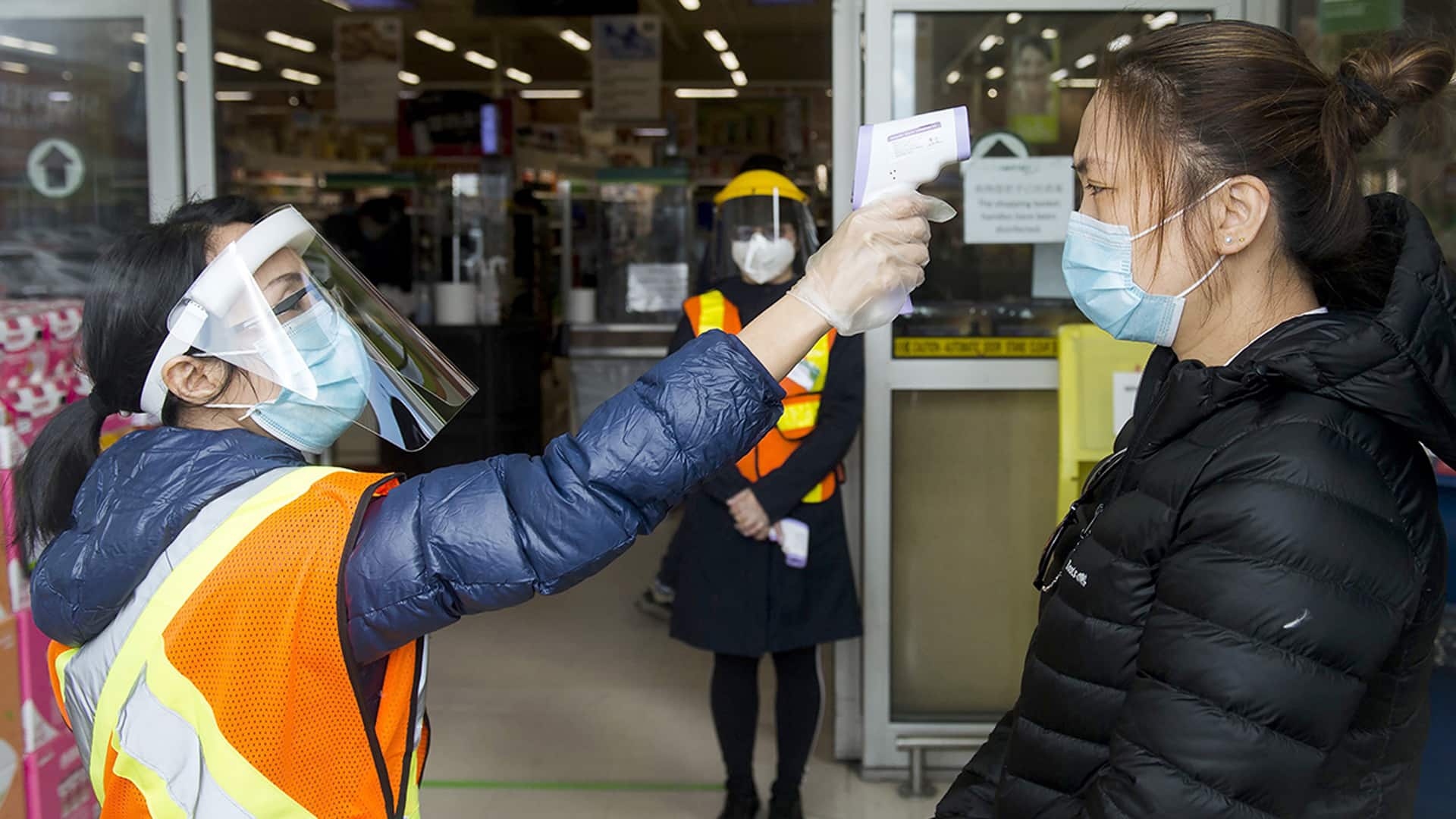 10 months ago
1:57
Desperate to get people back in airplane seats during the COVID-19 pandemic, Air Canada will begin using controversial temperature checks that have raised serious privacy concerns. 1:57