Ahmed Hussen arrived in Canada as a teenage refugee from Somalia. Now he's bound for Ottawa as a newly elected Liberal MP. That impressive rise has created high expectations and a lot of pressure. 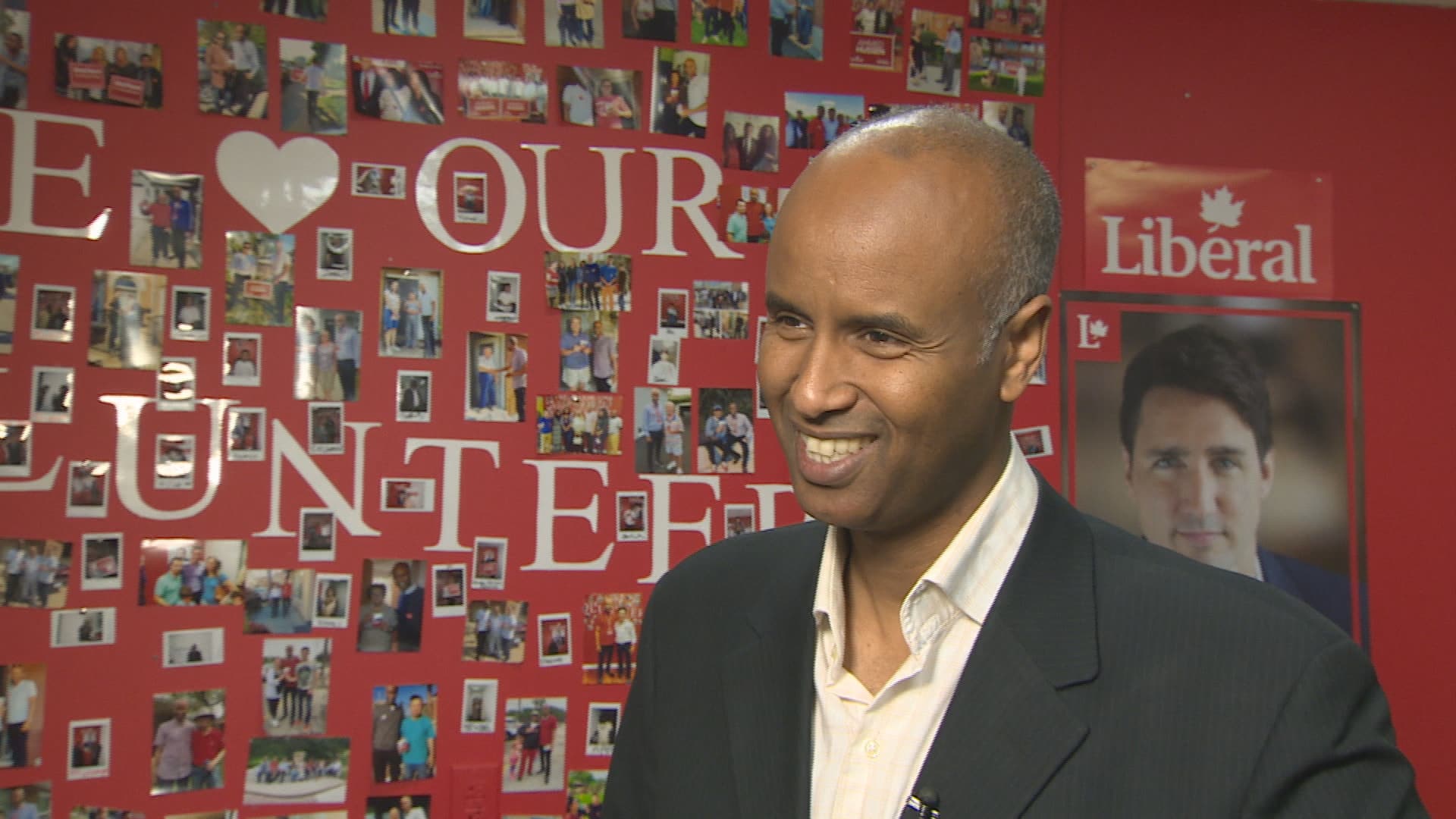 5 years ago
7:09
Ahmed Hussen arrived in Canada as a refugee from Somalia. Now he's bound for Ottawa as a newly elected Liberal MP. 7:09

He's young and well-spoken. He has a telegenic family. He's captured the excitement of voters.

And no, he's not Justin Trudeau.

He's Ahmed Hussen, a 39-year-old newly minted Ontario Liberal MP. And while he shares some attributes with the prime minister-designate, Hussen has had a remarkably different path to power. He arrived in Canada as a teenage refugee from Somalia.

"I'm a mainstream guy," Hussen said. "I'm not limited to my community.

"I mean, everyone has a heritage, but we have a shared citizenship, right?"

Still, watching the excitement surrounding Hussen during a recent visit to a café in his Toronto riding of York South-Weston, it's clear that many Somali Canadians see his background as hugely important and inspirational.

"For Somali youth, it will be a new day," said Ahmed Abdi, a supporter. "Maybe our youth [will] follow him and have hope they can be something in Canada."

Such high expectations are likely trailing many MPs to Ottawa this week. There are 29 Liberal MPs who are born outside Canada, a record number in government.

Judging by Hussen's experience, the mantle comes with a double challenge of representing a community's hopes while navigating all the unfamiliar hurdles of being a new MP. What's the budget? How quickly can he set up a constituency office and hire staff? Where can he find wreaths for the two Remembrance Day events he's to attend'?

The demands are piling up.

"There's a lot of pride but a lot of pressure and expectations because then people say, 'Well, now you've got to solve the problem for 200,000 people,' which is not the case."

Still, it seems Hussen plans to draw on his background in the days ahead. He has called his mother, who lives in Kenya, for advice.

"She said, you know, 'Don't forget who you are, and don't forget where you come from.' So, pretty good advice."

You can watch Susan Ormiston's full story on Ahmed Hussen, which tracks his rise from housing projects to Ottawa, in the video player above.

With files from Susan Ormiston