AggregateIQ is disputing allegations about its ties to Cambridge Analytica and its parent company, SCL. But executives were still challenged by Canadian MPs on Tuesday to explain how they worked with three groups that campaigned for Britain to leave the European Union in 2016.

AggregateIQ — the Canadian firm linked to a still-unfolding controversy about the use of personal data for online campaigning and the possible violation of spending rules during the Brexit referendum in the United Kingdom — is disputing allegations about its ties to Cambridge Analytica and its parent company, SCL.

But two executives with AggregateIQ were still challenged by Canadian MPs on Tuesday to explain how they worked with three groups that campaigned for Britain to leave the European Union in 2016.

While AggregateIQ acknowledges doing work with SCL, co-founder Zack Massingham told the House of Commons committee on ethics, access to information and privacy that "we are not, nor have we ever been, a department or subsidiary of Cambridge Analytica."

Christopher Wylie, the former SCL employee whose public disclosures last month sparked widespread concern about the use of personal data in election campaigns, told a parliamentary committee in the U.K. that AggregateIQ functioned "like a franchise" of Cambridge Analytica.

He told British MPs that, with his involvement, AggregateIQ had been set up to house Canadians who did not want to move to the United Kingdom to work with Cambridge Analytica. 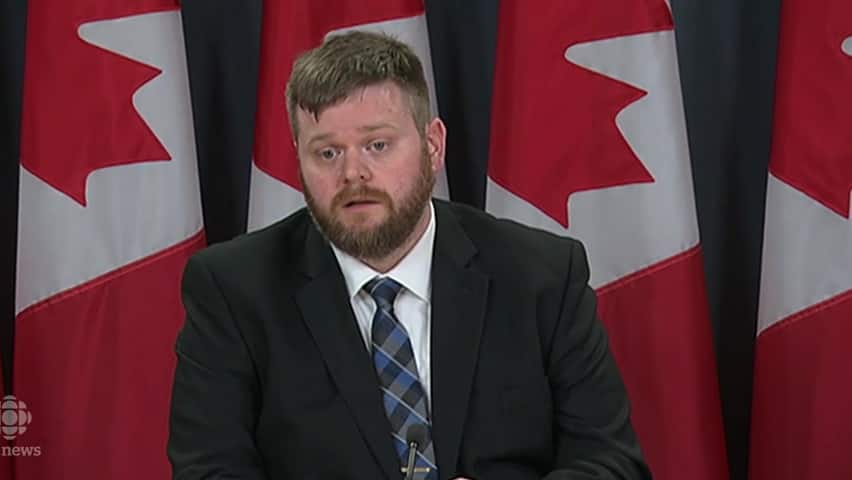 AIQ's Silvester says 'we know what the truth is'

3 years ago
1:12
AggregateIQ Chief Executive Officer Jeff Silvester tells reporters that were not lying during testimont in front of a Parliament committee today. 1:12

Cambridge Analytica is under fire for having used data harvested from users of an application on Facebook to build detailed profiles of the personalities of American and British voters, for use by Republican political candidates during the 2016 U.S. presidential election and Brexit's Vote Leave Campaign.

Massingham said AggregateIQ did not have access to that data set.

"We have never managed, had access to or used any Facebook data allegedly improperly obtained by Cambridge Analytica or by anybody else," Massingham said.

Silvester and Massingham also sought to clarify what AggregateIQ does, saying that their work involves placing online ads for clients and building software that can be used by political campaigns to organize their contacts with voters.

"We are not a big data company. We are not a data analytics company. We do not harvest or otherwise illegally obtain data," Silvester said. "We never share information from one client to another and we are not a practitioner of the so-called digital dark arts."

Silvester also disputed an allegation that AggregateIQ was responsible for distributing a violent video during the Nigerian presidential election in 2015.

"The video was given to us, but we were not willing to distribute it or run any ads to it," Silvester said. "And we informed the client that we were unwilling to do that."

Afterwards, speaking to reporters, Silvester it was "somewhat baffling to me that [Wylie would] be saying these things. I don't know why he's saying them."

AggregateIQ has been described as a significant operator in the Brexit campaign, but it has also been linked to an alleged effort to subvert official spending limits in that referendum campaign.

Silvester told MPs on Tuesday that Aggregate IQ worked with four groups, all of whom campaigned for Britain to leave the EU: Vote Leave, BeLeave, Veterans for Britain and the Democratic Unionist Party.

In two cases, AggregateIQ was paid by Vote Leave for work done for other organizations — more than £625,000 for BeLeave and £100,000 for Veterans for Britain.

Under questioning by Liberal MP Nathaniel Erskine-Smith, Silvester said the advertising done for BeLeave was directed by a BeLeave organizer, Darren Grimes, and that AggregateIQ "saw no evidence of coordination" between Vote Leave and BeLeave in directing the spending.

Information for targeting the ads at specific voters, Silvester said, was provided by each campaign.

Speaking to reporters afterwards, Silvester said that AggregateIQ submitted an invoice to BeLeave and was told that the expense would be covered by Vote Leave as a donation to BeLeave.