Prime Minister Justin Trudeau is failing to deliver on his promise of a government that's open by default, the federal information czar says.

Prime Minister Justin Trudeau is failing to deliver on his promise of a government that's open by default, the federal information czar says.

The law that's intended to give Canadians access to government files is being used instead as a shield against transparency, information commissioner Suzanne Legault said in her annual report tabled Thursday.

Legault said her investigations reveal the Access to Information Act is failing to foster accountability and trust.

The act allows people who pay $5 to ask for everything from expense reports and audits to correspondence and briefing notes. Requests are supposed to be answered within 30 days and agencies must have legitimate reasons for taking longer.

However, the system has been widely criticized as slow, antiquated and riddled with loopholes that allow agencies to withhold information rather than release it.

A number of key institutions that possess valuable information for Canadians showed declines in performance, said Legault, an ombudsman for users of the law.

In terms of timeliness, the RCMP, the Canada Revenue Agency, the Correctional Service and Global Affairs received F grades, while National Defence and Health Canada were branded with the even more serious Red Alert status.

Legault's report says she referred one case to the attorney general last month after uncovering apparent improper deletion of emails by an employee of Shared Services Canada. 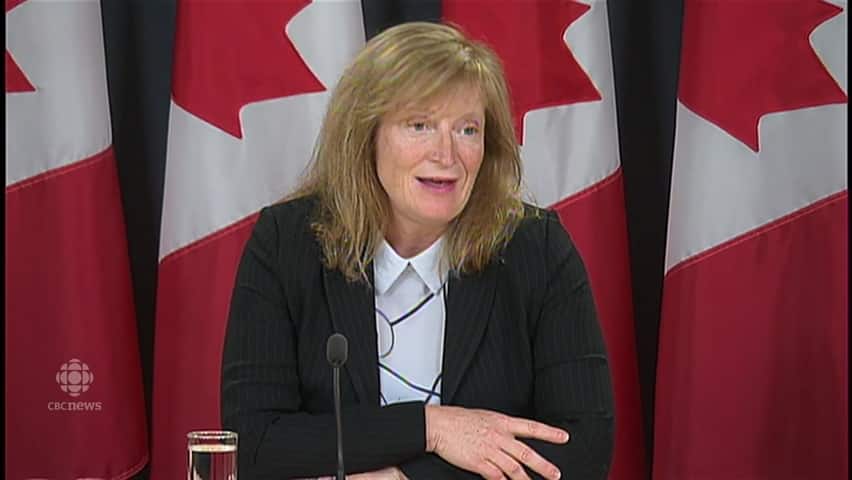 The latest federal budget contained no funding for transparency measures and there has been no direction from the head of the public service on increasing transparency, Legault said.

Trudeau's promises of making the government more open and accountable must be accompanied by action, she told a news conference. "I think he needs to do more. And I think he needs to make sure that the bureaucracy does more. It's not enough to say it."

The Liberal government recently acknowledged it is delaying planned reforms to the 34-year-old law due to the complexities of the task — changes Legault maintains are essential and long overdue.

The promised amendments include giving the information commissioner the power to order the release of government records and ensuring the access law applies to the offices of the prime minister, cabinet members and administrative institutions that support Parliament and the courts.

Treasury Board President Scott Brison said Thursday that reforms are coming, though he did not say exactly when. "We agree, actually, with the commissioner about the need to modernize the act."

New Democrat MP Daniel Blaikie, who sat on a Commons committee that recommended a sweeping overhaul of the law, said Thursday it's clear what needs to be done. "It's just a real disappointment for people who took the government at its word in terms of openness and transparency and all the rest."

Brison did take a first step last year, issuing a ministerial directive to enshrine the principle that federal agencies should be "open by default."

Legault said the move, on its own, is not sufficient.

"If you want to truly change a whole culture in a very large bureaucracy, you're going to have to make a concerted effort. There are going to have to be clear messages from the prime minister, the responsible ministers, the clerk of the Privy Council," she said.

"Sadly, champions for transparency are absent."