Stephen Harper says he has a plan to force the provinces to accept Senate reform, or see the upper chamber starved of new senators — he's "just not going to make the appointments." Tom Mulcair says he's not complaining. But is it legal and will it work?

You have to admit it's a bold move for Stephen Harper. To make a virtue of appointing no senators, having appointed a record 59 — after promising not to — well, that's what the word chutzpah was invented for.

Besides that, there's bleak poetry in the fact that, if Harper has his way and the Senate withers away for lack of new blood, then the last man standing would be the last to reach the mandatory retirement age of 75. Yes, that's Harper's appointee, Patrick Brazeau, currently under indictment.

And give Harper extra points for getting Thomas Mulcair to applaud all this. OK, sarcastically, but still.

Asked about Harper's assertion Friday that "no-one's gonna complain" about the missing senators, Mulcair declared on CBC Radio's The House that he would not complain.

"I guess that imitation is the highest form of flattery," the NDP leader allowed during a pause in his own campaign rounds in Kitchener, Ont.

The House13:34Interview - Tom Mulcair
The leader of the Official Opposition, Tom Mulcair, reacts to Stephen Harper's moratorium on Senate appointments. 13:34

Roll up the red carpet

Mulcair, of course, has long insisted it's time to "roll up the red carpet" — meaning, to abolish the red chamber altogether, and by an outright death blow, if possible, rather than by the lingering starvation proposed by Harper.

But, if Harper's plan ends up producing an empty Senate chamber — wouldn't that make it easier to roll up the carpet?

Mulcair was having none of that because, he said, Harper can't be trusted.

"In 2004, Harper said he wouldn't appoint a senator," Mulcair told The House. "But in the intervening 11 years, he broke the record and named 59 of his cronies to the Senate. He seems to have had an eleventh hour conversion, probably based on some focus groups and some polling, but nobody's going to be fooled."

Still, Harper has, essentially, adopted Mulcair's policy: to get rid of the Senate. The difference is that Mulcair wants to kill it by abolition; Harper prefers attrition.

Both face a difficult obstacle: the Supreme Court, which made it clear two years ago that abolition was not possible save by unanimous agreement of the provinces. As to how, exactly, he would overcome that, Mulcair says, well, he would "work with the provinces."

Harper is offering a blunter way of "working with the provinces": by holding their feet to the fire.

Constitutional or not, Harper says he's "just not going to make the appointments.

"It will force the provinces over time — who as you know have been resistant to any reforms, in most cases — to either come up with a plan of comprehensive reform or to conclude that the only way to deal with the status quo is abolition."

Constitution nerds — a sizeable contingent in Canada — will have fun with that one.

First, Harper's right to make no appointments is in question — and it's already before the courts. He says that "the prime minister has the authority to appoint or not appoint." But the Constitution declares that the Governor General "shall from time to time... summon qualified persons to the Senate."

"Shall" does have a rather definite ring to it. It's not "may." And there's another "shall" when a vacancy occurs: the Governor General "shall by summons to a fit and qualified person fill the vacancy." No wonder there's a court case.

A second problem is that, by Harper's account, the Senate is nearly impotent anyway. He says it does nothing for the provinces, that the real decisions are taken in the elected House of Commons, and that nobody cares about the vacancies that exist already in the Senate.

"Twenty-two vacancies now, and how many people are noticing?" Harper demanded. "What are the problems this is causing? None!" 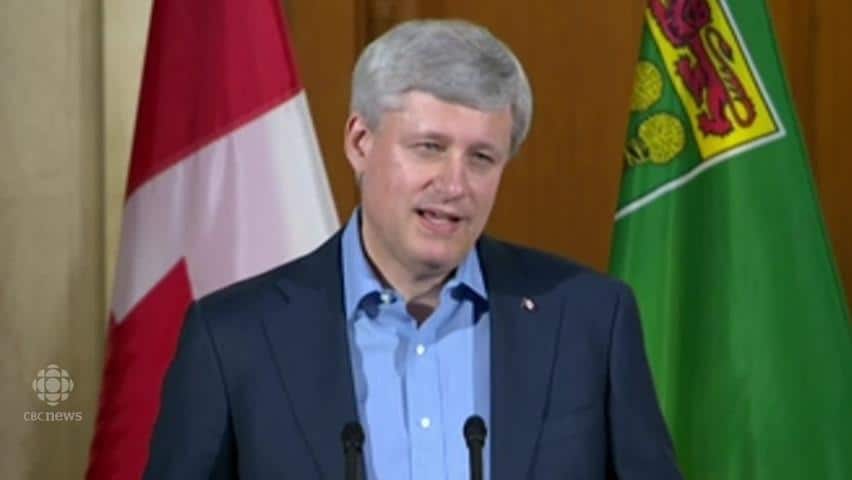 6 years agoVideo
1:58
Stephen Harper says he'll continue his policy of not appointing senators until the provinces agree to 'comprehensive' Senate reform or its abolition. 1:58

Great stuff — except that the threat of losing this reviled institution is what's supposed to bring the provinces to their knees. Harper is insisting that it is not worth saving — and yet the provinces will be "pressured" by the lack of senators into uniting around a constitutional amendment.

What if they really don't care — and the Senate clings to life, generating court challenges, for lack of an amendment to put it out of its misery?

For his part, the Opposition leader isn't budging from the lines he's planned to repeat throughout the campaign — that the red chamber must die and that Harper is the problem, not the solution.

"Everybody knows that the Senate scandals are the fault of Stephen Harper," says Tom Mulcair.

And what of Liberal Leader Justin Trudeau, now outflanked in the contest to be leading scourge of the Senate? 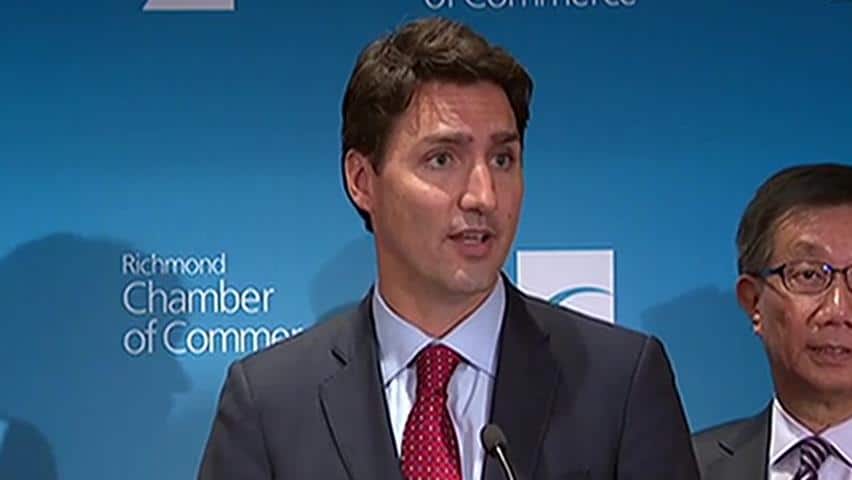 6 years agoVideo
1:38
Liberal Leader Justin Trudeau responds to the Prime Minister's announcement that he will no longer appoint any senators 1:38

Having kicked all his senators out of the Liberal caucus, and after pledging a less partisan process of appointments, Trudeau now sees both his rivals going much further, promising to bring the institution crashing down.

So hug a senator, if you can find one. This can't be a fun time to sit in the doomed, red chamber, listening to the clock ticking.