The federal government has ditched settlement talks with one of the last-remaining terror suspects who is suing for wrongful detention. Justice Department lawyers abruptly pulled out of mediation with Abousfian Abdelrazik a few weeks ago. A trial date has now been set for the $27-million lawsuit.

A sweeping $27-million lawsuit against the federal government brought by a Sudanese-Canadian who was detained overseas — and not allowed to return home for six years — is headed back to court, CBC News has learned.

The Justice Department had been involved in settlement talks with Abousfian Abdelrazik but abruptly walked away from a recently scheduled mediation session, said Abdelrazik's lawyer.

"They said they could not provide us with any reasons," said Paul Champ. "They were looking more at the polls than at their principles, and, unfortunately, I think that's probably why they withdrew."

Contacted by CBC News Monday, CSIS did not respond and a spokesperson for the justice minister referred questions to Public Safety.

Abdelrazik spent nearly six years in prison or forced exile and only managed to return to Canada in 2009 after the Federal Court ordered the government of former prime minister Stephen Harper to bring him home.

Abdelrazik alleges he was tortured in Sudanese custody and the federal government violated his constitutional right to come home.

Cannon is personally named because he refused to issue an emergency passport to Abdelrazik, contrary to the advice of Canadian government officials.

The former minister declined comment on the lawsuit and directed CBC News to government lawyers.

CSIS claimed Abdelrazik was an al-Qaeda operative and a danger to national security.

In 2011, Abdelrazik was removed from a UN watch list of suspected al-Qaeda or Taliban associates.

Not long after that deal became public, Abdelrazik was approached by federal lawyers who asked if there was interest in resolving his case.

The two sides formally agreed to take the mediation route in September 2017 and met throughout the fall to hammer out the terms.

At the same time last fall, Ottawa agreed to settle lawsuits involving Abdullah Almalki, Ahmad El Maati and Muayyed Nureddin, all of whom were wrongfully accused of links to terrorism and tortured in Syria. They were collectively paid $31.25 million.

Settlement discussions with Abdelrazik progressed to a full-fledged mediation conference, which was scheduled for between Feb. 28 and March 2.

"[The government] withdrew the day before it was to start," said Champ.

An Angus Reid poll, conducted in the aftermath of the Khadr settlement, found an overwhelming majority of Canadians opposed the Khadr deal and thought it would have been better for the federal government to fight it out in court.

Champ said he believes there's a whiff of politics in the decision to pull the plug on mediation a day before it was set to begin.

"I think there's no doubt the political calculus is there would be some blowback, as they experienced with the Khadr settlement," he said.

A former CSIS analyst who worked counter-terrorism cases at CSIS and Public Safety said previous lawsuit settlements in cases where links to terror groups were alleged went over like a "lead balloon" with the public.

"It was terrible PR for the government," said Phil Gurski, now retired and the author of The Threat From Within: Recognizing Al Qaeda-Inspired Radicalization and Terrorism in the West.

"The government looked like it was kowtowing to terrorists, and I think the government took a lesson on that."

Abdelrazik never charged with a crime

Prime Minister Justin Trudeau has defended the Khadr settlement by pointing to the Charter of Rights and Freedoms.

"We have to stand up for everyone's rights, whether you agree with them or not," he said at a town hall in January. "When a government violates a Canadian, any Canadian's fundamental rights, and allows them to be tortured, there are consequences and we all must pay." 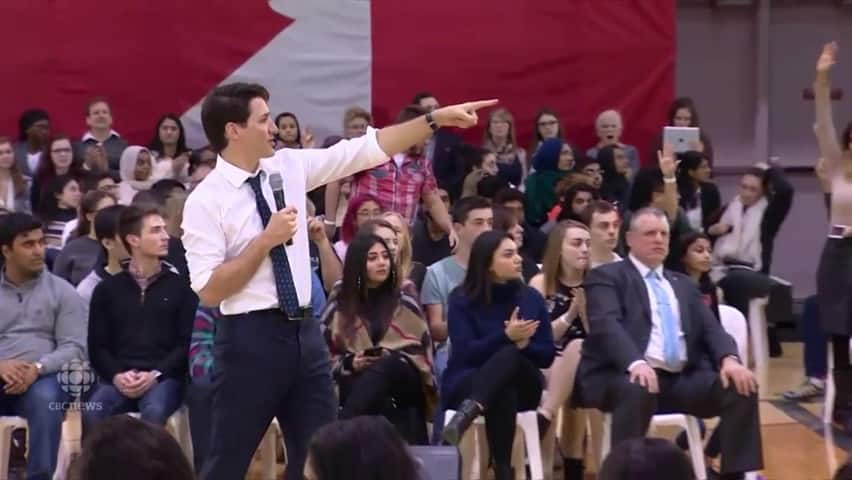 3 years agoVideo
3:28
The Prime Minister held his second town hall of the year in Hamilton, Ontario 3:28

Champ argued the facts of the Abdelrazik case are even worse for the government than those of Khadr's case.

Khadr was held by U.S. authorities and charged with a crime, but Abdelrazik was initially detained by Sudanese authorities and eventually prevented from coming home by the Canadian government.

He was never charged with a crime.

"It's unfortunate this case wasn't settled because — for the taxpayer — I think this is going to cost a lot more," said Champ.