Whether it involves court testimony, voting, government services or citizenship oaths, the niqab has been controversial in recent years for courts and lawmakers. 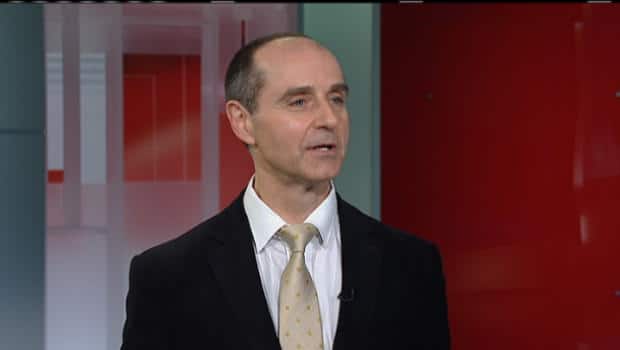 8 years ago
5:52
Lawyer David Butt, who represented the woman at the centre of the niqab case, talks about the Supreme Court of Canada's ruling 5:52

In recent years, courts and lawmakers have had to address issues around wearing a niqab, a veil worn by some Muslim women that covers all of the face, except the eyes.

The issues have divided Canadians and even the Muslim-Canadian community, which debates whether the niqab has any religious significance under Islam.

Here are six controversies from the last five years, where the niqab was at the centre of the debate.

Wearing a niqab while testifying in court

In a split decision on Dec. 20, 2012, the Supreme Court largely upheld a lower court's ruling that a Canadian-born Muslim woman, known only as N.S., may have to remove her niqab while testifying in court.

N.S. is the complainant in a sexual assault trial in Toronto. She laid charges in 2007 alleging that she was the victim of serial sexual abuse by her uncle and cousin, from the age of six until she was 12 years old. She reported the alleged abuse to a teacher, but at the time her father convinced the police not to lay charges. N.S. is now in her thirties.

N.S. requested permission to wear a niqab while testifying during the first day of the preliminary hearing for her accusers, but they objected. The judge ordered her to remove the niqab before testifying, but higher courts quashed the order. However, they did not rule on whether N.S. has the right to wear a niqab during testimony.

Now that the Supreme Court has delivered its ruling, the case goes back to the preliminary inquiry stage, where it is possible the woman may be forced to testify with her face uncovered.

During the 2007 Quebec election campaign, Chief Electoral Officer Marcel Blanchet ruled that voters would be allowed to wear a niqab when receiving their ballot. The leaders of the three major parties all called on Blanchet to reverse his decision, spurring a public outcry.

Blanchet eventually reversed his decision, meaning that a niqab-wearing voter would be required to show her face. Before then, Quebec election law allowed women wearing niqabs to vote as long as they brought someone with them to vouch for their identity.

The Quebec controversy was followed by a similar one during federal byelections six months later.

Marc Mayrand, Canada's chief electoral officer, had announced that voters wearing a niqab could cast their ballots, if they met certain conditions. Prime Minister Stephen Harper then stated, "I profoundly disagree with the decision," arguing it was at odds with federal legislation.

Despite being denounced by the prime minister and other politicians, Mayrand stuck with his interpretation and noted that people are allowed to vote by mail. He also told reporters that no Canadian Muslim has requested any specific treatment with regard to voting.

The Elections Canada website currently states that, "If an elector wearing a face covering presents himself or herself at the polling station," they will be invited, but not required, to show their face. If they don't, in order to vote they will be required to show two pieces of identification and swear an oath or be vouched for by an elector from the same polling division.

Naima Atef Amed of Montreal was a permanent resident when she was taking a government-sponsored French classes at CÉGEP de Saint-Laurent. The Egyptian immigrant wore a niqab to class for religious reasons. In 2009 she was expelled from the course when she refused to remove the niqab. "The CÉGEP maintains the school tried to accommodate Amed but that she refused to compromise in class, causing tension for other students," CBC News reported in 2010.

She enrolled in another French course at a community centre but was again expelled once government officials found out.

Quebec Immigration Minister Yolande James said at the time that those who want to receive public services must show their face.

"Here our values are that we want to see your face," she said.

In 2010, in response to the Amed case, the Jean Charest government introduced Bill 94, officially titled, "An Act to establish guidelines governing accommodation requests within the administration and certain institutions." The bill would have required people who wear face coverings in Quebec to remove them if they work in the public sector or do business with government officials.

"An accommodation cannot be granted unless it respects the principle of equality between men and women, and the religious neutrality of the state," then-premier Charest said when he unveiled the bill. The Liberals did not get the bill passed before they were defeated at the polls earlier this year.

The Parti Québécois, which now governs Quebec, opposed Bill 94, saying it did not go far enough. The PQ government has not introduced legislation that would require people to bare their face in order to receive government services.

In 2011, Immigration Minister Jason Kenney announced new rules that would ban the wearing of face coverings when taking the citizenship oath. Until then, a citizenship clerk or other official could pull aside a woman wearing a niqab at the ceremony and have the woman lift it for identification.

"Citizenship applicants will now be required to recite the oath in an open and transparent manner and to do so without being obscured by a face covering," Kenney told the House of Commons, adding that his decision was because of the "public nature of the oath."