Trump is not a racist. He's simply intolerant of the bad kinds of people: Robyn Urback

If these U.S. congresswomen can't appreciate how Great America Is Again, they should go somewhere they can express their dissent freely, like Beijing.

Can we have a moment, please, for the poor misunderstood president?

To quote the inimitable Sen. Mitch McConnell: The president is not a racist.

McConnell should know. He has spent years now working closely with the U.S. president — carrying his glass of Diet Coke from room to room, pressing his pyjamas, enduring his scathing public humiliations. And he knows that Donald Trump is telling the truth when he says he doesn't have "a racist bone" in his body.

In fact, the president has lots of non-white friends — both of whom will tell you how tolerant and kind he is as a boss.

If Trump does suffer from one crippling flaw, it is that he is a hasty tweeter who doesn't take time to craft messages that accurately convey his thoughts.

When he tweeted Sunday that four Democratic congresswomen — three of whom were born in the United States —should "go back and help fix the totally broken and crime-infested places from which they came," he was not conveying a racist trope about people of colour not really belonging in America.

....and viciously telling the people of the United States, the greatest and most powerful Nation on earth, how our government is to be run. Why don’t they go back and help fix the totally broken and crime infested places from which they came. Then come back and show us how....

He was saying that if they don't like America, they should leave and go back to a country they didn't actually come from. Which is the same thing he says to American NFL players who don't stand for the national anthem, as a protest against police brutality.

But to be clear: The president was merely adopting the language of racists to express a point; amplifying their talking points, if you will. Which is no more pernicious than, say, suggesting that Jewish Americans' interests lie first and foremost with Israel when trying to connect with them at an event.

Can he help it if some unsavoury characters like to say the same things as they burn effigies and spray-paint swastikas on buildings? Does one become a white supremacist simply by shaving one's head and reciting the 14 Words? Where is the line?

Yes, the targets of Trump's "go home" appeals all happen to be non-white. But Trump would say the same thing to a white person who expressed such anti-patriotic views, such as that reality TV star who once called America "dumb" and "weak," and bashed the then-U.S. president as incompetent and potentially mentally ill. Don ... whatever.

And if these people can't appreciate how Great America Is Again, they should go somewhere they can express their dissent freely, like Beijing. This is America, where the beer is cold, the women are blond and the White House staff ask about your bloodline before answering a question from the press. 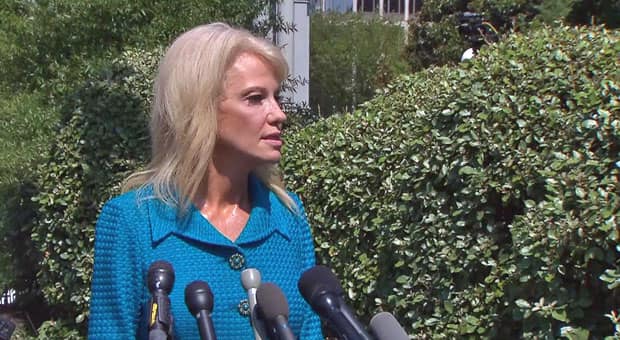 Speaking of the press, it's unclear why everyone is so obsessed with what the president said, and not the outrageous statements made by what's-her-face … Omar something? Hold on, Googling the spelling. Ilhan Omar, whose name at least a few Americans might recognize, with a hint.

Journalists are so fixated on dissecting the words of the most powerful man in the world that they aren't even paying attention to the anti-Semitic tweets they reported on a couple of months ago, from a freshman congresswoman from Minnesota. This is not fair.

If anything, Trump is the victim here for being slanderously labelled as a racist. Not the five teens — four black, one Latino — whose convictions were vacated in the 1989 rape of a jogger in New York's Central Park, about whom Trump still says "they admitted their guilt."

Or the U.S. district judge who Trump claimed was incapable of maintaining impartiality due to his Mexican background.

Or the migrants he has broadly painted as criminals and thugs, or the black president he claimed was a Kenyan interloper. Trump is the one who has to endure the negative press from the statements he made on these issues. Where is the sympathy for that?

Trump is not a racist. He is simply intolerant of the bad kinds of people. And, you know, Mexicans. If anything, Trump is the most tolerant, most accepting, most open-minded president the U.S. has ever seen.

And those who don't agree with him can leave.