International community's impotence is steadfast when it comes to Syrian war: Rex Murphy

As the crisis in Syria continues to deteriorate, the international community remains steadfast in its complete and utter impotence to act, says Rex Murphy in his latest rant for CBC's The National.

As the crisis in Syria continues to deteriorate, Rex Murphy is pointing his finger at the international community and its "steadfast impotence" when it comes to intervening in the conflict.

In his latest rant for CBC's The National, Murphy casts doubt on the UN's legitimacy, saying it "has existed for over 70 years, but that is not a boast that can be made with any honour."

Ultimately, he says, "the UN won't act, can't act, will not act" to stop the conflict, and powerful members of the Security Council such as the U.S. and Russia are part of the problem.

Check out Murphy's full assessment of the failure of the UN and its members to take any effective action in Syria below. 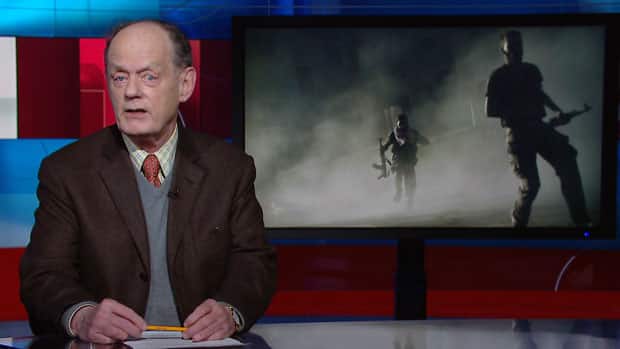