Free trade between provinces? That would be anarchy: Neil Macdonald

The Gerard Comeau case, which will be heard at the Supreme Court, could change everything. It depends on how willing the high justices are to upend our entrenched statism.

Canadians, after all, can't be allowed to just run around Canada willy-nilly, buying whatever they want

If you're on vacation abroad somewhere this summer and find yourself explaining to people over dinner what makes Canada so unique and special, use the story about Gerard Comeau and his beer run back in 2012. There is no more Canadian story than that.

Comeau is a Canadian who, looking for the best bargain he could, drove to a Canadian town a few miles from his home in Canada, bought 14 cases of beer and three bottles of liquor from Canadian beer and liquor stores, then returned to his home. In Canada.

A squad of plainclothes Mounties with binoculars, it turned out, had him under surveillance, according to his lawyer. On his way home from the Canadian town to his Canadian home, he was intercepted and handed a ticket for $292.50 by uniformed Canadian officers who then seized all the alcohol he'd purchased. 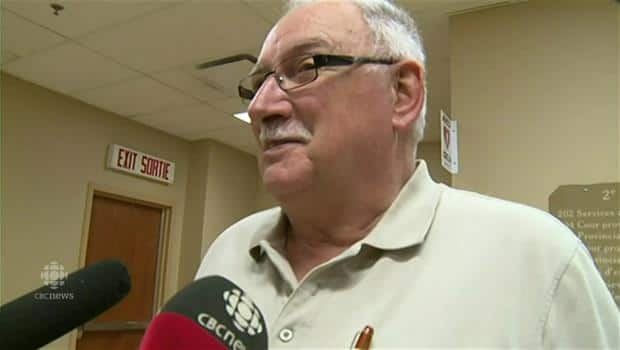 His Canadian crime: his beer run had crossed one of Canada's internal borders. He'd driven from New Brunswick into Quebec. As far as New Brunswick was concerned, that made him a smuggler.

Sixteen other people were charged that day in the same sting operation, but Comeau had more spine than most and fought the ticket. Some smart lawyers from Ontario and Western Canada got involved, and – my god, I love it when things like this happen – he won.

A New Brunswick judge ruled that the province's law against importing alcohol from other provinces violated the Constitution Act, Sec. 121, which states: All Articles of the Growth, Produce, or Manufacture of any one of the Provinces shall, from and after the Union, be admitted free into each of the other Provinces.

The ruling shocked New Brunswick and most of the other provinces, which consider Sec. 121 to be one of the most horrible and un-Canadian sentences in the Canadian Constitution, something that should be ignored at all costs.

Quebec and Ontario jump in

New Brunswick's attorney general immediately appealed to the province's court of appeal, which, unpatriotically, refused to even consider hearing it. So of course the case is now on its way to the Supreme Court.

Arnold Schwisberg, Comeau's lawyer, told me he was just notified that Quebec and Ontario have now jumped in, siding with New Brunswick. This must not stand, they are saying.

Canadians, after all, can't be allowed to just run around Canada willy-nilly, buying whatever they want or working wherever they choose. That would be anarchy.

It's easy enough to see why the provinces are so agitated about the ruling. As Schwisberg puts it: "This is about entrenched interests. Alcohol sales represent the third biggest source of income for provincial coffers, after taxes and user fees."

The Comeau decision, if it stands, would open up alcohol sales to competition, or at least competition within Canada's system of government monopolies, which don't think they should have to compete with anyone, including each other.

But it isn't just alcohol. It's our whole system. Modern Canada is built on protectionism. And not just our high wall of taxes and tariffs and duties and sneaky little bureaucratic barriers at our international borders, but a whole cadre of other rules impeding trade and labour and commerce between our provinces, and even our municipalities.

Our interprovincial trade barriers, as they are known, are ridiculous. I asked Daniel Schwanen, an expert on the subject at the C.D. Howe Institute, if there is any economic good in them:

Our web of protectionism makes it difficult for the federal government to negotiate with other countries. It costs Canadian businesses the chance to participate in the nearly trillion-dollars of U.S. government business created to fight the economic disaster in 2009. Tit for tat and all that.

Politicians will sheepishly admit the foolishness of these barriers, if pressed. In fact, a few years ago, the provinces got together to discuss and just recently, they bravely produced something called – wait for this – the Canadian Free Trade Agreement. That we would even need such a thing is nuts.

Think about that title. Canadians need an official treaty to trade freely with each other. Except, of course, we don't trade freely at all.

"It's a joke," says Schwisberg, who is relishing his chance at the Supreme Court this December. "Again, follow the money. Eighty per cent of the market is excluded in that agreement."

Needless to say, alcohol is exempted.

Any Canadian who wants to do business in any province must still register separately in that province, hire a representative, pay a fee and submit paperwork. Regulations on, for example, trucking, are not harmonized.

Protectionist unions see to it that workers from one province cannot cross over and work in another. An Ontario doctor's prescription will almost certainly be rejected in a Quebec pharmacy.

Municipalities tell you what taxis you can or cannot summon to your home.

This, we are told, is all for our own good. And police – gun-carrying agents of the state charged with protecting us – are ultimately used as enforcers. See the Comeau case.

Ah, the Comeau case. Schwisberg says it could change everything – knock down all the barriers — and it might. It depends on how willing the high justices are to upend our entrenched statism.

The provinces will point to a 1921 case in which the Canadian high court of the day ruled that Sec. 121 really only means goods can move between provinces "free of duty."

Schwisberg will argue that in fact, the British House of Lords, which passed the British North America Act in 1867, explicitly rejected a draft using the term "of duty," and chose instead the untrammeled word "free."

He's right, and he has expert research to back him up. The trial judge in New Brunswick was persuaded. So, evidently, was the province's court of appeals.

But the real question to be decided by the Supremes is whether free trade is un-Canadian. And that's another matter.