This column is an opinion by Rashid Husain Syed, a Toronto-based journalist and analyst with a focus on energy and the Middle East. His work has been published by the BBC, Toronto Star, Globe and Mail, and other media. For more information about CBC's Opinion section, please see the FAQ.

With a new president-elect preparing to head to the White House, the world's energy sector is in for monumental changes and Canada needs to pay close attention.

In a tweet on Nov. 4, President–elect Joe Biden vowed to take the United States back into the Paris Convention on Climate Change on his first day in office. His campaign adviser Symone Sanders recently reiterated that message, saying that Biden will quickly "make good" on his campaign trail promises, including returning the U.S. to the Paris climate accord.

Unlike President Trump, Biden sees climate change as a reality and not a hoax. The president-elect has proposed making U.S. electricity production carbon-free by 2035, and he aims to have the country achieve net zero emissions by the middle of the century. Reaching net zero requires that any carbon emissions be balanced by absorbing an equivalent amount from the atmosphere through efforts such as planting trees, but it will also require some fundamental changes to sources of energy.

Biden has made it clear that he will not permit additional, or new, "fracking on federally managed lands and waters," for example.

This would run counter to Trump's policies. During his tenure, Trump loosened methane rules and recently announced the U.S. was opening the Arctic National Wildlife Refuge to drilling. Oil production from public lands and waters topped a record 1 billion barrels in 2019, and the Trump administration saw drilling on public lands as vital to maintaining the nation's status as the world's No. 1 oil and natural gas producer.

In sharp contrast, Biden says he plans to spend $2 trillion US over four years to significantly escalate the use of clean energy in the transportation, electricity, and building sectors as part of efforts to tackle climate change. Analysts are already of the view that U.S. shale output may have peaked as a result.

All of this has implications for Canada.

First, a policy switch from energy dominance to energy transition means the U.S. dependence on Canada to meet its energy needs may in fact go up, at least in the short term.

With no additional fracking on government lands, there is every likelihood that U.S. output will be constrained, and the U.S. commitment to go to net-zero carbon emissions by 2050 means it would need to increase controls on how crude is produced in the country. All these factors could lead to increased demand for Canadian crude and natural gas.

Secondly, with the emphasis on alternative energy, Canadian technology companies could take a shot at the $2 trillion budget earmarked by Biden for new clean energy projects. 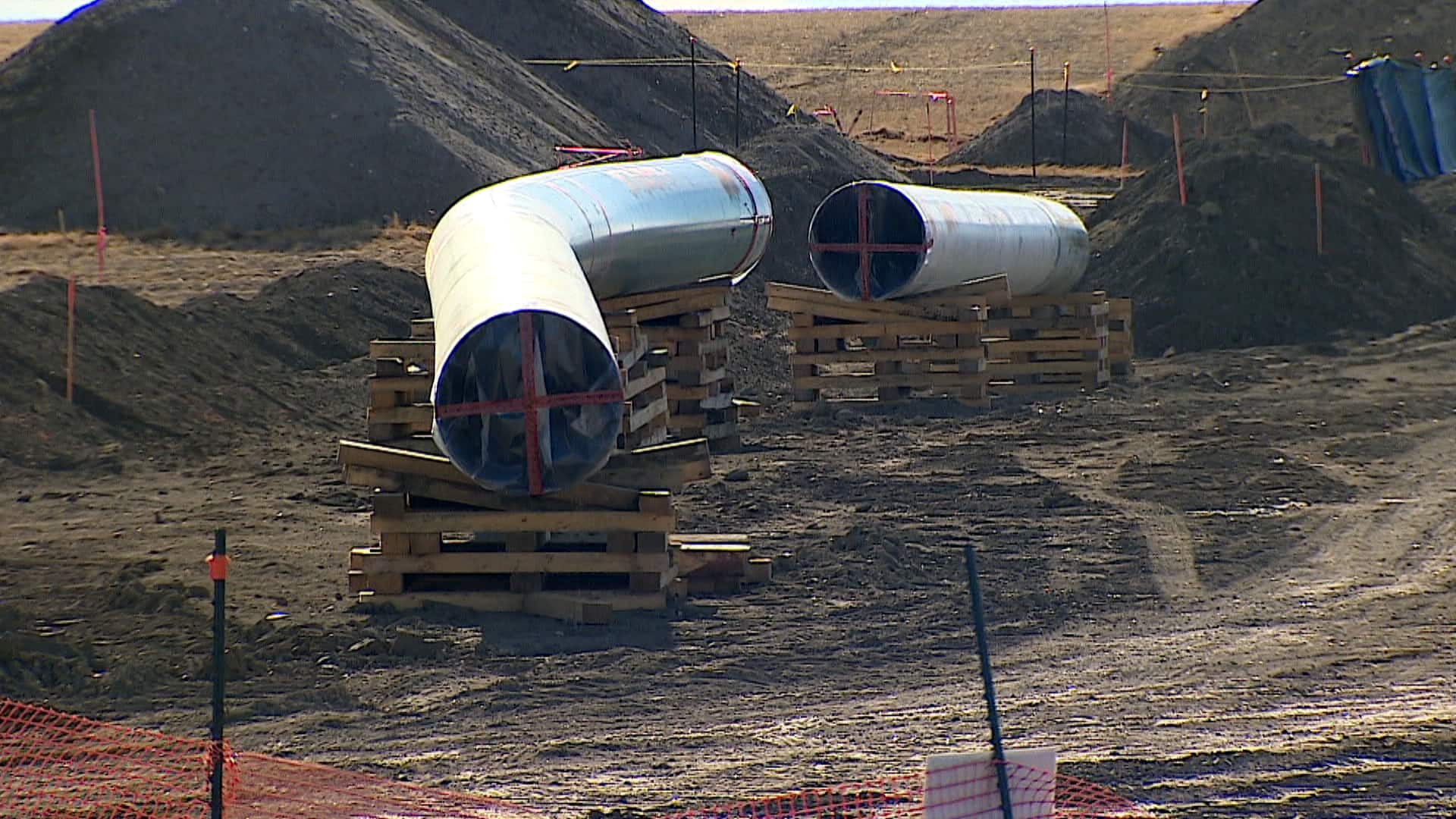 How Alberta could stand to benefit from a Biden presidency

14 days agoVideo
2:02
Some in Alberta see positives in Joe Biden's election win, such as increased demand for the province's oil and greater promotion of green energy. 2:02

But there are potential cons for Canada, too.

A Biden administration will likely be tough on issuing permits for crude pipelines, and the president-elect has vowed to cancel Trump's presidential permit for the Keystone XL expansion project.

However, the future of Keystone XL remains far from certain, since cancelling the pipeline construction altogether may not be politically viable from a job-creation perspective for the incoming Biden administration.

There may be negative aspects for Canada in Biden's overall energy and foreign policy strategies, as well. Looking at energy policy from a global standpoint, the Biden administration is expected to move in a different direction from Trump on at least three fronts.

The first is Iran.

Trump took a hard-line approach towards Tehran, walking out of the Joint Comprehensive Plan of Action (JCPOA), commonly known as the Iran nuclear deal, almost unilaterally. He has sanctioned Iran heavily, throttling its crude exports.

Biden says he intends to get back to the negotiation table with Iran and try to revive the JCPOA. This could eventually mean the return of some 2 million barrels per day of crude to the global supply, adding to the glut in the markets.

However, it may not be easy or quick for the president-elect to reset the needle with Iran. The Trump administration, in coordination with Israel and several Gulf states, is reportedly pushing a plan to slap a long string of new sanctions on Iran in the 10 weeks left until Biden's inauguration on Jan. 20. As per the report, the Trump administration believes such a "flood" of sanctions will increase pressure on the Iranians and make it harder for the Biden administration to revive the 2015 nuclear deal.

Second, under Biden, the relationship between the United States and Saudi Arabia would likely undergo a reset. Trump has been supporting the Saudi crown prince, Mohammad bin Salman (MbS), despite the Khashoggi saga, the war in Yemen, and the blockade of Qatar.

Biden says he plans to reassess ties with Saudi Arabia. That could have a significant impact on the energy world. The U.S. is no longer dependent on Saudi Arabia for crude supplies, allowing the president-elect to tread a more independent path on regional geopolitical issues. If Biden gets back to JCPOA negotiating table with Iran and loosens sanctions, for example, the effect on the oil market could make prices still weaker.

The Saudis could also feel the need to fight a battle for market share, generating further upheaval in the global crude markets.

The easing of pressure on Tehran would also go against the strategic interests of Riyadh. In the absence of Washington's patronage, MbS would likely feel less secure and the anti-MbS camp within the Saudi royal family could become more active and vocal, resulting in instability in the oil-rich region.

Third, Trump had a hands-on policy about OPEC. His administration was instrumental in creating a bridge between Riyadh and Moscow last April when both went their respective ways, opened their crude taps, and oil markets crashed.

With Trump gone, key members of OPEC are wary that strains in the OPEC+ alliance could re-emerge. Sources close to the organization told Reuters they would miss Trump's active involvement in the global crude-oil sector. This could result in a market share battle within the OPEC+, intensifying a glut.

Such a development does not bode well for the Canadian oil sector – at least in the shorter term. The Canadian oil economy would have to adjust to the emerging realities of increased instability in the crude market.

Post-Nov. 3, it's shaping up to be a different world, and the one sure thing is that the global energy market – including the sector in Canada – will need to be nimble and adapt.

Rashid Husain Syed is a Toronto-based journalist and analyst with a focus on energy and the Middle East. His work has been published by the BBC, Toronto Star, Globe and Mail, and other media.