Don Cherry should apologize for the hurt he's caused thousands by painting them as ungrateful immigrants rather than addressing them as fellow Canadians, and step up against the wave of xenophobic sentiments his comments have stirred, writes Leon Yu.

Coach's Corner host glorified value of being 'a good Canadian kid,' so it's time to walk the walk

When I was a kid, I loved watching you on TV.

As a 10-year-old recent immigrant from China a little less than a decade ago, I wanted to learn everything about my new country. And of course, back then, understanding Canadian culture included watching a lot of Hockey Night in Canada.

To my 10-year-old self, you were the best: you wore fun flashy suits and yelled about how 200-pound athletes needed to punch the snot out of each other. And you seemed to me at the time like the most-Canadian Canadian in Canada who had ever Canadian'ed.

As I grew older, though, I started to realize that you do not represent Canada in the 21st century.

Hockey became faster and more entertaining, even as the fights that once made me go "Oh my God, Carey Price just dropped the gloves on Tuukka Rask!" almost faded from existence. Sports fans around the world abandoned the idea of old-school toughness in favour of sensible views on concussions.

Heck, the Raptors even won an NBA championship before the Leafs or the Habs made another run for the Stanley Cup.

And now, you won't be on Hockey Night in Canada tonight as a result of your comments on Nov. 9.

You refused to even apologize, because as you put it, you believe "I speak the truth and I walk the walk."

Many Canadians, from Bobby Orr to people I went to high school with, have decried Sportsnet's decision to fire you from Coach's Corner as an injustice and an attempt to silence free speech. 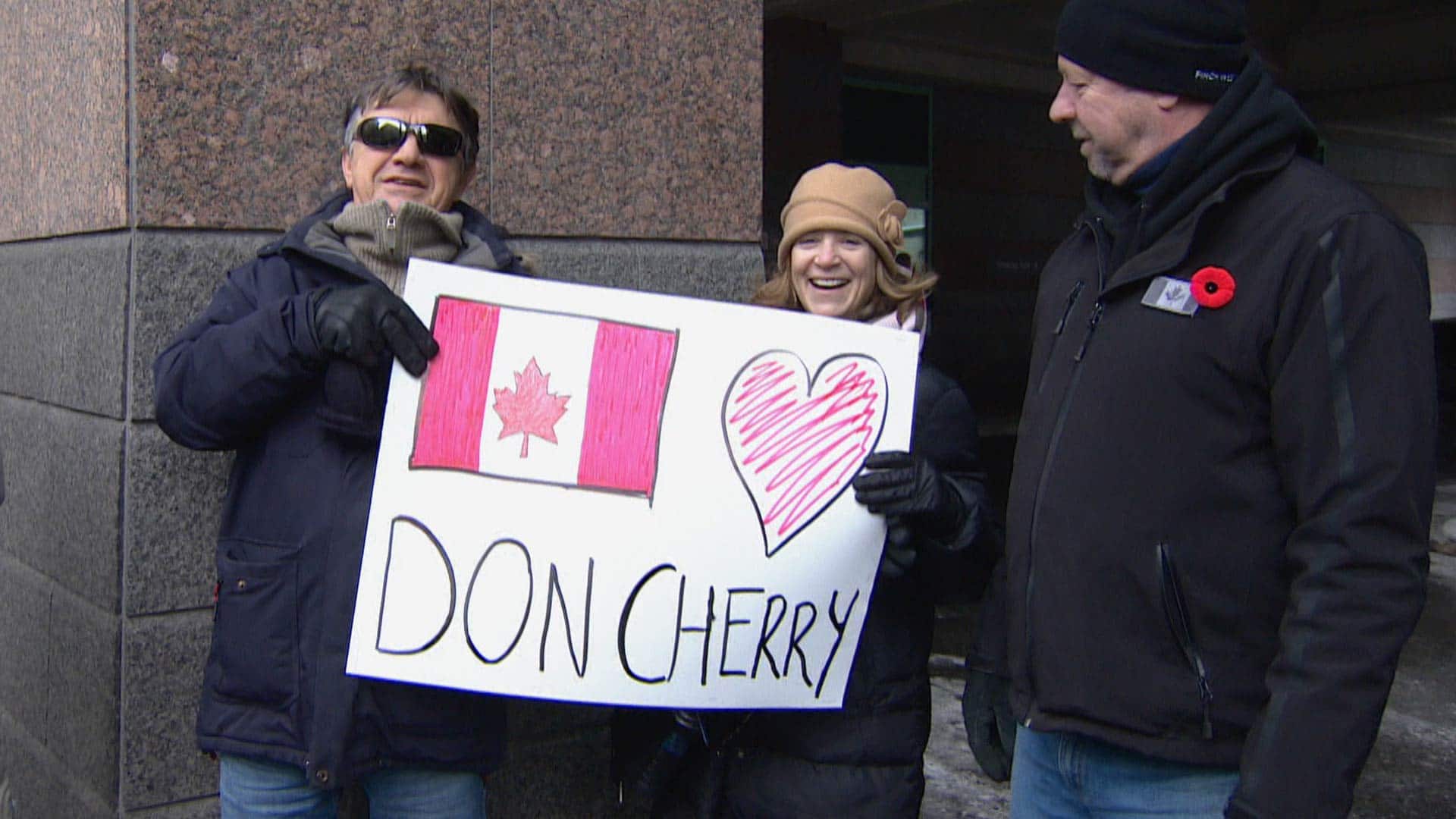 1 year ago
2:05
Days after Don Cherry was ousted from Coach’s Corner, his supporters gathered to protest the decision outside Sportsnet while his former co-host, Ron Maclean, said he needs “time to think” about what happened. 2:05

But I've realized that there are some things you, and those who agree with you, might like to know.

Before you try to say this is all about respecting our veterans, it is not.

Before you try to protest that you've already said you should've used the word "everybody" instead of "you people," well, the issue is that you didn't.

You didn't talk about how everyone should wear a poppy. You said those who "came here and enjoyed the milk and honey" didn't "at least pay a few bucks for a poppy."

There is only one meaning behind those particular phrases, a sentiment many immigrants have heard far too often. Just because you didn't explicitly state "you immigrants" doesn't mean that we didn't get your gist, or that this isn't the sentiment you tried to share. 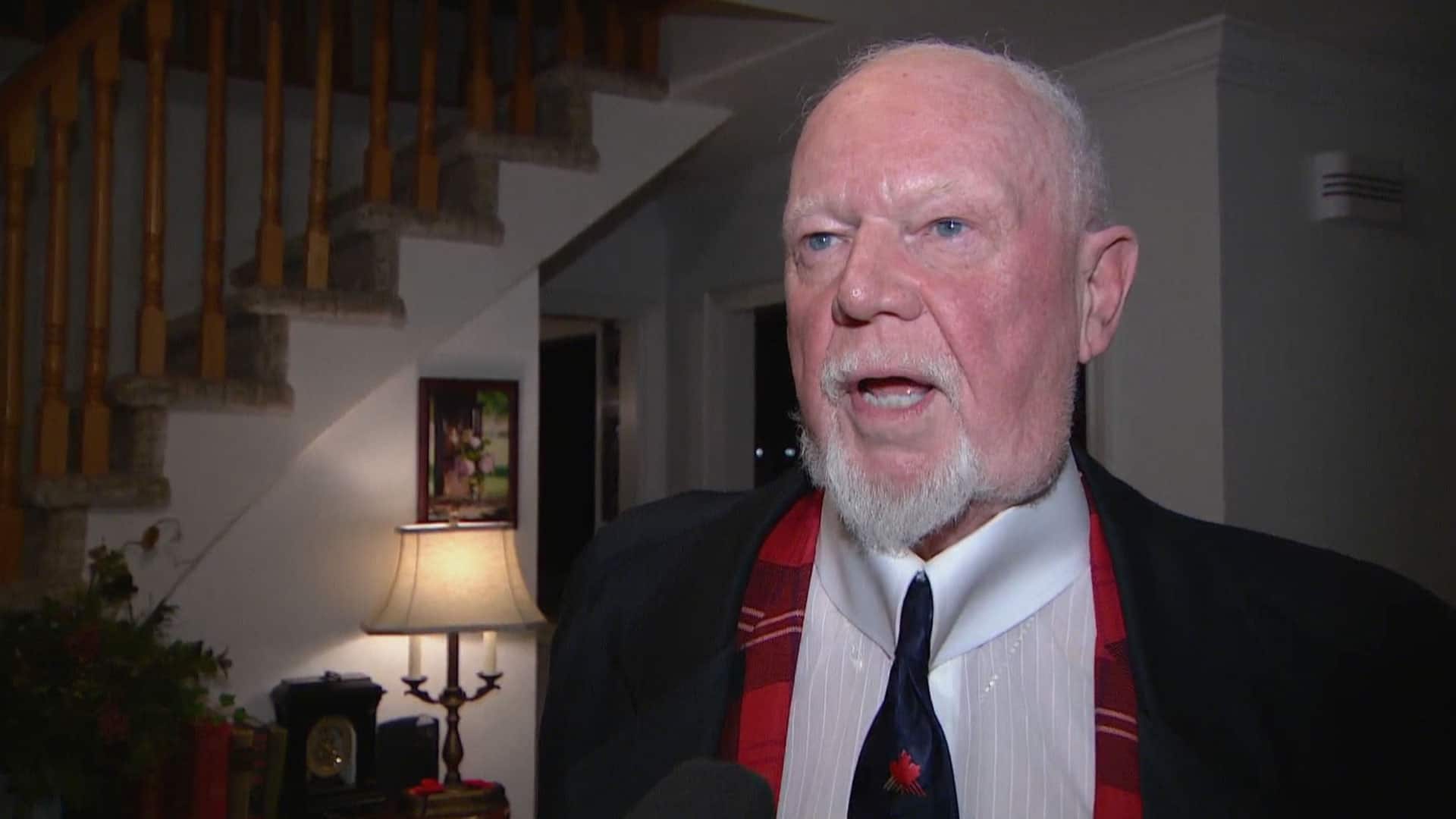 Don Cherry admits he should have used different words

1 year ago
3:56
Don Cherry admits he should have said “everybody” instead of “you people” in his criticism of those who don’t wear poppies for Remembrance Day, which led to him being forced out of his job at Coach’s Corner and Hockey Night in Canada. 3:56

Your comments were not about respecting our veterans and our fallen. They sound like you think those who moved to Canada didn't repay what you believe they owe the nation by making a donation to get a poppy.

As many Canadians across the country have already tried to show you on social media, not only are immigrants respectful of, and extremely grateful for, the sacrifice made by our soldiers and veterans, they have their stories from those eras to tell as well.

I learned in school in China about the Canadians who defended Hong Kong against invasion. I know that in those global conflicts, my ancestors and yours were allies, fighting against the tyranny and oppression that the Axis powers wished upon the world. I also learned that many immigrants' families supported the war effort from their corner of the globe in any way and manner they could, only to be forgotten in the history books.

We do remember their sacrifice, and just because you didn't see many people wearing poppies in one area of the country does not mean that millions of new and first-generation Canadians across Canada forgot about it. 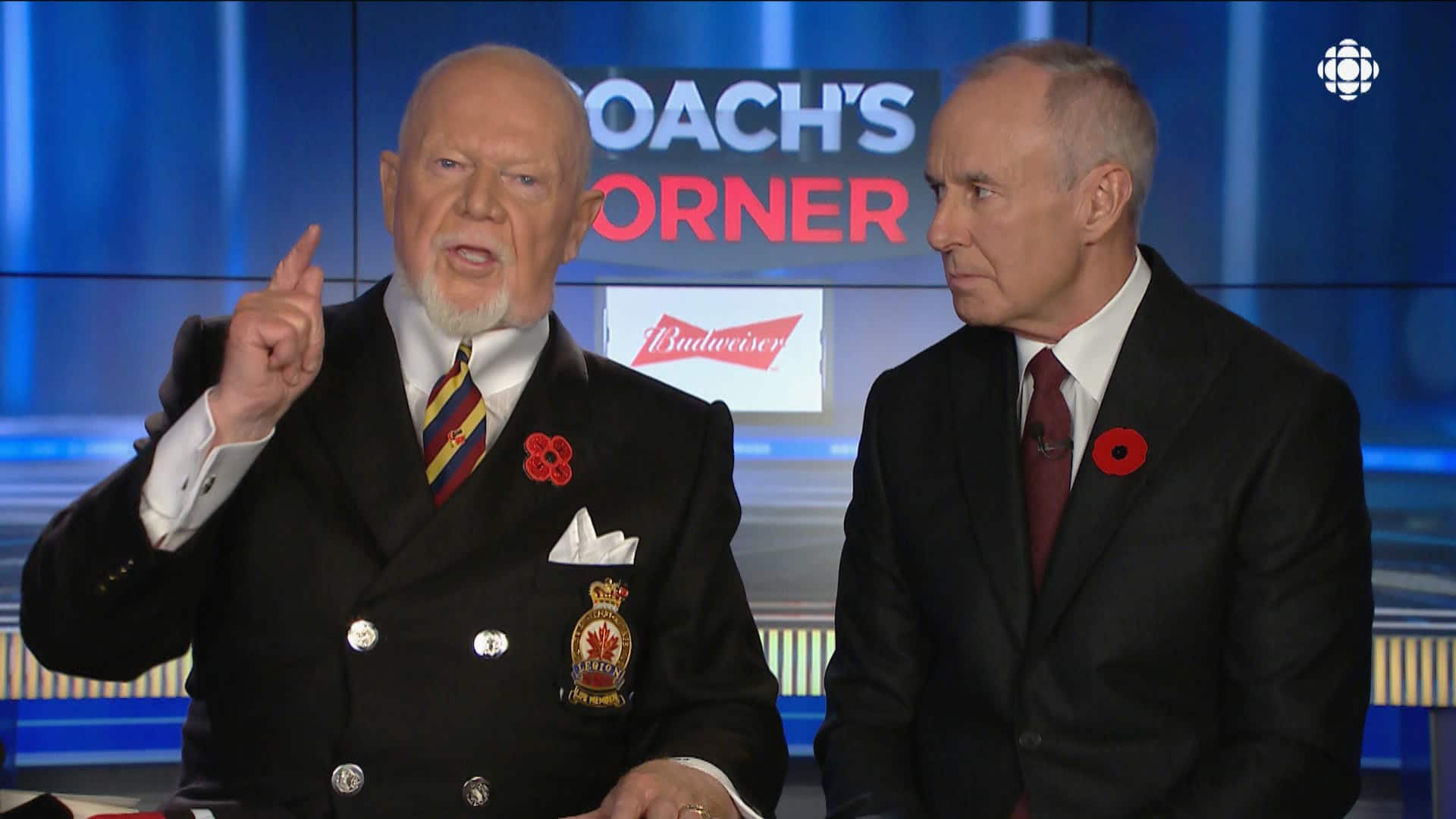 1 year ago
6:07
Don Cherry’s comments about new immigrants not wearing poppies have cost him his job at Hockey Night in Canada after 40 years. In a statement, Sportsnet said “following further discussions with Don Cherry after Saturday night's broadcast, it has been decided it is the right time for him to immediately step down.” 6:07

And why did you think the people not wearing poppies were immigrants to begin with? Is it because they live in Toronto? That can't be right.

Did you stop them and ask them where they're from? Or is it — dare I say — because they're people of colour?

There are Canadians whose families have lived in Canada for generations who are people of colour. There are also immigrants and first-generation Canadians who are white, but they're indistinguishable from other white Canadians if you walk past them on the street.

Could it be that your tirade about immigrants is really about your discomfort that Canada no longer looks the way it did when you were my age, and because you became incensed when an individual of a visible minority on the street didn't wear a poppy four or five days before Remembrance Day?

Should we encourage those who haven't put them on their lapels to do so? Indubitably.

But you, Mr. Donald Stewart Cherry, did it in the wrong way.

Don't talk about how, by not wearing a poppy, immigrants are apparently ungrateful for being allowed to live in Canada when, as Mark Critch pointed out on Twitter, even people in St. John's, Newfoundland, "whiter than a snow bank," also dropped the ball on wearing poppies.

Re: Don Cherry - I’m at a Costco In St Johns. It’s whiter than a snow bank. Hundreds here but I’ve only counted 7 poppies so far. The problem isn’t “you people”. It’s “we people.” <a href="https://twitter.com/hashtag/remberanceday?src=hash&amp;ref_src=twsrc%5Etfw">#remberanceday</a> PS you can buy poppies here. Even in bulk.

Instead of ranting about "you people,'' you should have used your valuable airtime to tell millions of Canadians, born here and abroad alike, about our troops and veterans.

Tell us about Canadians who bravely defended Hong Kong, raided Dieppe, stormed Juno, and liberated France. Talk about the generation of Newfoundlanders who sacrificed their lives on the first day of the Battle of the Somme. Let us know about the Canadians who are trying to make another corner of the world a better place, or the veterans who need our help fighting the invisible battle against PTSD, trauma, and the pains of rehabilitation at home.

That is how you get people to put on poppies.

Your comments simply singled out a segment of our population and portrayed them as somehow less Canadian than, well, you.

That is why you should apologize, instead of hiding behind your excuse that you're only trying to fight for respect for our veterans.

Apologize for the hurt you've caused thousands of people by painting them as ungrateful immigrants rather than addressing them as fellow Canadians.

For years you glorified the values of  being "a tough guy" and "a good Canadian kid." So walk the walk. Be a good Canadian kid and recognize that it is wrong to portray other Canadians as lesser citizens. Be tough enough to recognize you're wrong, apologize, and step up against the wave of xenophobic sentiments your comments have stirred.

And don't give us one of those classic, robotic, celebrity PR damage-control apologies. You're supposed to be too "real" for that.

A Canadian kid who loved your show.

Leon Yu is a third-year student pursuing a degree in political sciences from the University of Ottawa. Born in Shanghai, China, he previously has lived in Fredericton, N.B. Twitter: @LeonHLYu