'Nothing spreads like fear': COVID-19 and the dangers of emotional contagion

The transmission of fear infects people's feelings and actions, causing them to behave in ways that often work against both their own interests and their larger obligations to public health and social life, write A.T. Kingsmith & Patrick Ciaschi.

This column is an opinion by A.T. Kingsmith & Patrick Ciaschi. Kingsmith is an anxiety researcher and mixed media documentarian who teaches in the department of politics and public administration at Ryerson University. Ciaschi is a researcher of illiberalism and social security currently completing his PhD in the department of politics at the New School for Social Research. For more information about CBC's Opinion section, please see the FAQ.

Steven Soderbergh's 2011 thriller Contagion opens with a horrifying montage that highlights the myriad social conduits through which a pandemic can spread. From the opening cough in a busy airport lounge, the viewer is bombarded with unnerving shots of crowded subways, bustling markets and workplaces, of people touching infected doorknobs, credit cards, table trays and each other.

Given the fact that the fictional virus in the film and COVID-19 both originated in Asia and are easily transmitted through touch, it is not surprising that Contagion has been one of the top trending movies on both Amazon and iTunes since January. But watching Soderbergh's premonitions in the context of the COVID-19 pandemic, what's most striking about the story isn't the meticulous details through which the film catalogues the viral outbreak itself, but the spread of something even more dangerous.

As the film's woefully appropriate tagline goes: "Nothing spreads like fear."

In a 1993 paper published in the journal Current Directions in Psychological Science, psychologists Elaine Hatfield, John Cacioppo, and Richard Rapson introduced the term "emotional contagion" to describe the "tendency to automatically mimic and synchronize expressions, vocalizations, postures, and movements with those of another person's and, consequently, to converge emotionally."

Contagion is foreboding because it portrays a world decimated not only by a virus, but also by a whole set of social, emotional, psychological and economic ills that come along with it — erratic market fluctuations, supply chain disruptions, fake news, medical supply hoarding, rampant xenophobia, and people putting personal interests over the sweeping public health initiatives required to "flatten the curve" of a disease.

While Contagion is fiction, these same factors can be seen in society right now, and they play a vital role in how people, communities and governments are able to effectively respond to an outbreak and manage its spread in the real world.

As the Canadian Psychological Association points out, speculation and misinformation incubate in these kinds of crisis scenarios.

On the one hand, some people are under-responding to the threat of COVID-19 — in assuming the dangers are exaggerated, they may practice lazy hygiene, ignore social-distancing advice, or keep coming to work even if they're sick. Such behaviours, which are personified by President Trump's repeated comparison of coronavirus to the common flu, can be explained through the phenomena of "psychic numbing," where a person's ability to care or take action is paralyzed by their inability to comprehend the scale of the problem.

On the other hand, some are over-responding to the risks — cultivating intense anxieties about potential infection that manifest as hysterical buying, panicked racism, and other erratic behaviours that have the effect of spreading fear across entire communities. The crisis generates high levels of insecurity, which in turn drives people to seek out ways of resolving that uncertainty and reducing their anxiety by getting information about the threat.

In this context, the torrent of fake news and misinformation — what John Naughton, writing in The Guardian, terms the "infodemic" — overwhelms people's earnest attempts to make sense of a confusing situation with a combination of conflicting rumours, bad science, implicit censorship, and malicious actors manipulating social media platforms for economic gain.

There's a scene midway through Contagion that best illustrates the aggravating effects of such emotional contagion on the larger pandemic event. Responding to the ensuing panic stirred up in the movie by the spread of bioweapon fables, homeopathic cures and doomsday prepping, the fictional head of the Centres for Disease Control and Prevention (played by Laurence Fishburne) calmly reminds the viewer that "... in order to become sick, you have to first come in contact with a sick person or something that they touched. In order to get scared, all you have to do is to come in contact with a rumour, or the television, or the internet."

This is the alarming thing about the transmission of fear. It infects people's feelings and actions, causing them to behave in ways that often run against their own interests, not to mention their larger obligations to public health and social life.

If you act frightened or engage in the frenzied stockpiling of toilet paper, then others will react with fear as well. At the same time, your cache of masks, gloves and hand sanitizer actively prevent others in their community from getting access to them, which can worsen the spread. 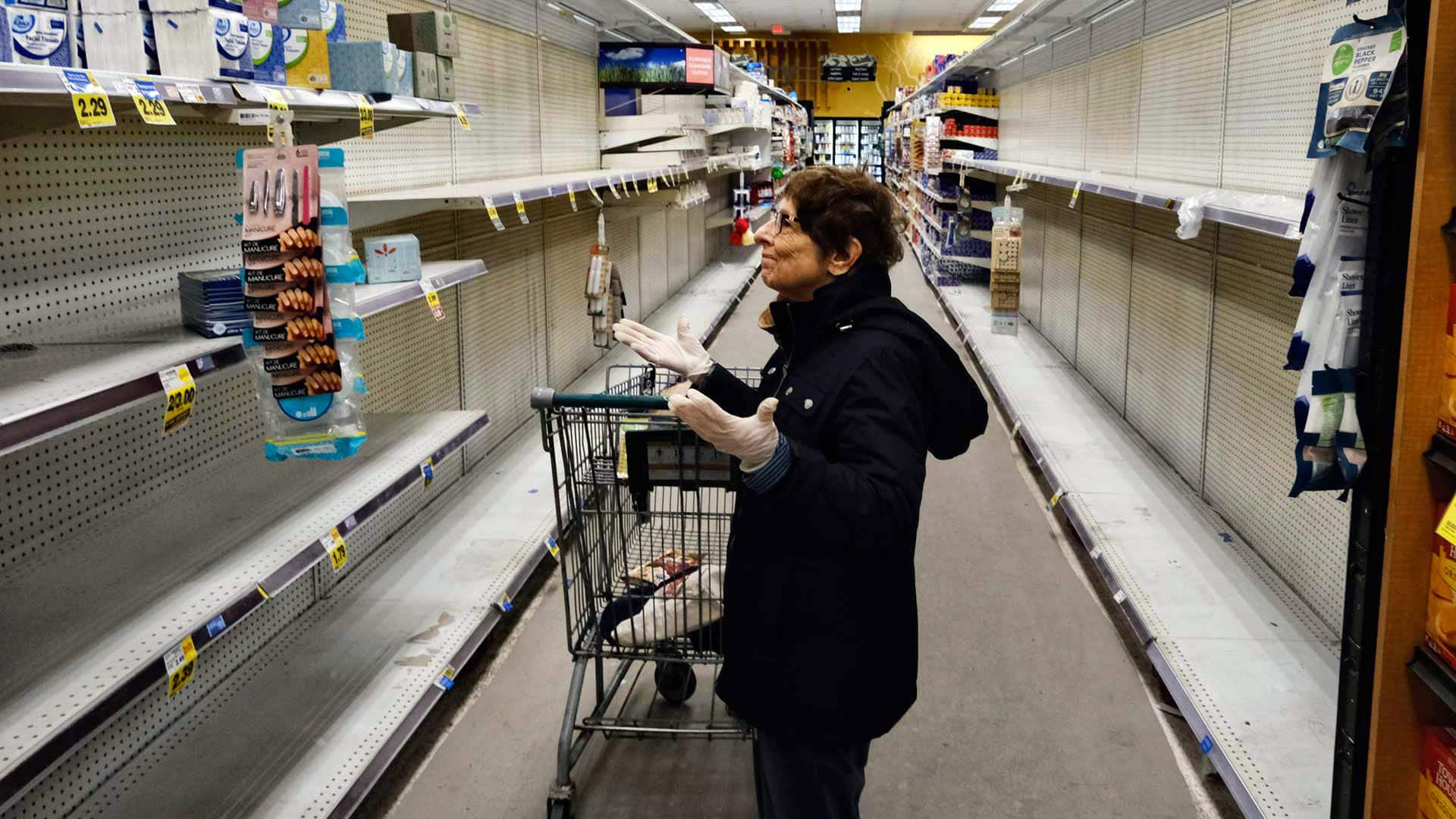 The trouble with panic buying during an outbreak

11 months agoVideo
2:06
Unfounded fears of shortages amid an outbreak of COVID-19 have Canadians buying up supplies. 2:06

In Canada, as in Soderbergh's film, the current call for social distancing marks the moment when society is most at risk for exposure to emotional as well as biological contagion. All of us have a responsibility to our loved ones and communities to respond to this pandemic in sensible and unselfish ways.

For politicians and business leaders, this means finding ways to avoid forcing vulnerable workers to choose between their jobs and their health. It means ensuring minimum-wage, customer-facing workers in the service industry are granted the same allowances to self-quarantine as those with the means, wealth and flexibility to work remotely.

For many of us, this collective responsibility means thinking less about "what I can do to keep myself safe," and more about "what steps I can take to help ensure the safety of others."

We should not fear the catastrophic, but rather, in the words of poet and activist Anne Boyer, remind yourself that "fear educates our care for each other."

A.T. Kingsmith is an anxiety researcher and mixed media documentarian who teaches in the department of politics and public administration at Ryerson University.