Few politicians would dare campaign on a platform so estranged from the principles of sound fiscal policy, but that's precisely what Premier Kathleen Wynne is doing.

Liberals are betting voters either don't realize their plan makes no financial sense, or don't care

The Ontario Liberals' re-election strategy, as delivered through Wednesday's budget, appears to consist of one central promise: We'll give you literally everything.

And all for just six straight years of deficits.

If you can get past the gall of it all, it's actually a rather brilliant strategy: Offer only carrots, no sticks, and make sure there's a little something in there for almost everyone.

Few politicians would dare campaign on a platform so estranged from the principles of sound fiscal policy — pledging an additional $20.3 billion in new spending over the next three years and to run a series of deficits just as interest rates are on the rise and we're already spending more than $1 billion every month to service our debt — but that's precisely what Premier Kathleen Wynne is doing. It's admirably shameless.

Maxing out the credit cards

The success of the plan hinges on the idea that voters either don't know, or don't care, that this is the provincial planning equivalent of maxing out all your credit cards, burning your cash, then going out and buying a new car. The theory seems to be that one of those big promises — perhaps free child care, or expanded pharmacare — will be the ticket that compels even the most Wynne-fatigued voter to support her re-election. And that theory could very well prove correct.

There are two other elements that make this strategy workable for the Liberals. For one, by dangling these nuggets in front of the electorate, Wynne has now forced PC Leader Doug Ford to directly respond to questions about whether he, too, would provide provincially funded daycare or dental coverage assistance for families, for example.

That puts Ford in a tough spot: either he hops on the bandwagon to the chagrin of fiscal conservatives (though he still hasn't explained how, without a carbon tax, he will deliver the more modest child-care rebates promised in the PC platform, aside from finding "efficiencies"), or he dismisses these promises as unrealistic, offering up some bitter medicine about the state of Ontario's finances. The problem is, voters in Ontario have proven repeatedly that they don't care much for bitter medicine.

Here's the second thing: the Liberals have positioned themselves as defenders of the vulnerable, making their plan hard to attack.

To say that Wynne is promising voters something akin to a new car is a bit of hyperbole; what she's really doing is making promises for very necessary spending in areas that have long been neglected (never mind that it's been her government that has been doing the neglecting).

Indeed, there are legitimate cases to be made for devoting more resources to mental health, to hospitals, to children with special needs and so forth. There's even an economic argument for subsidized child care with respect to getting — and keeping — more women in the workforce. 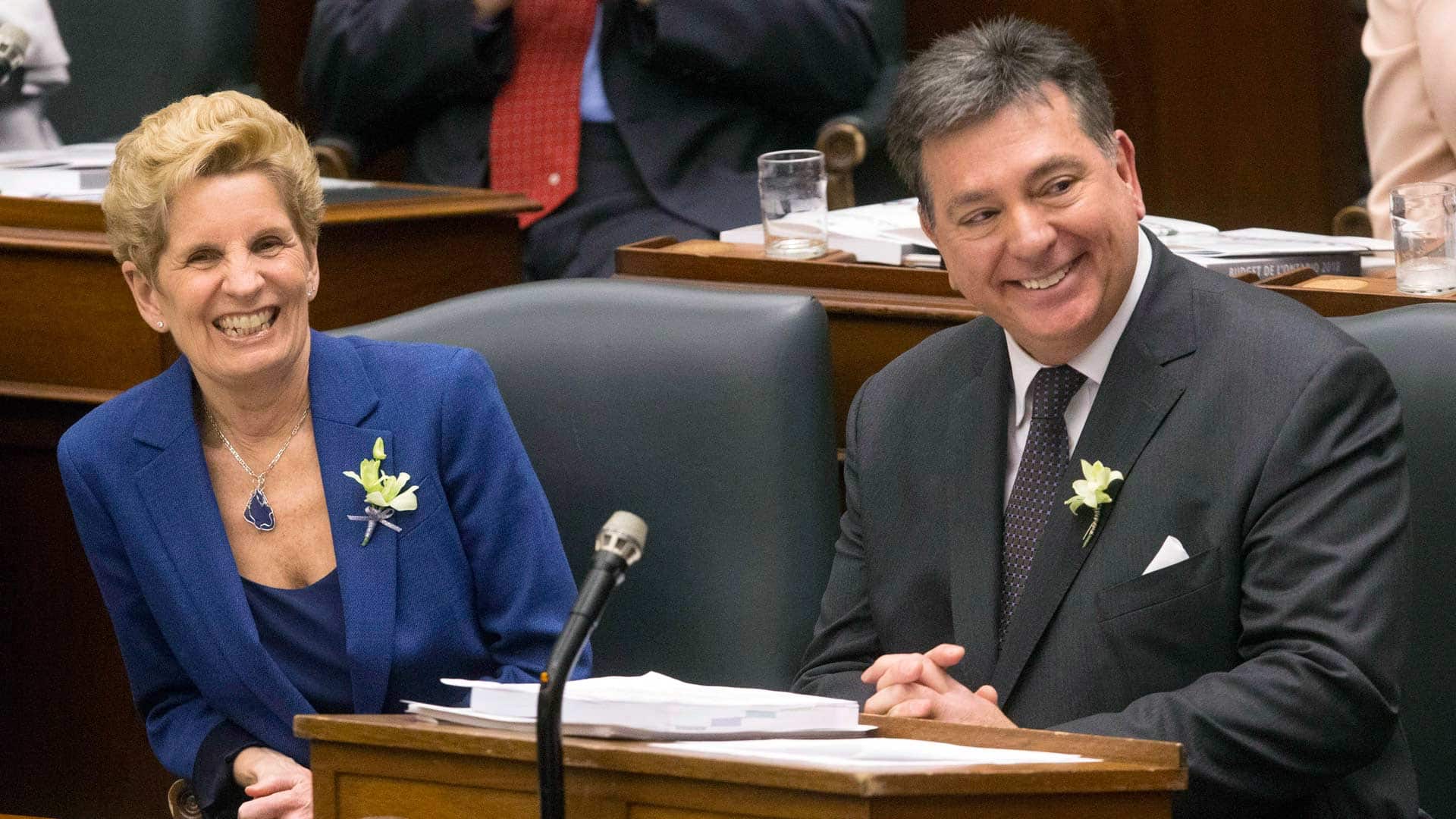 3 years ago
3:21
CBC's Meagan Fitzpatrick on spending in the new Ontario budget 3:21

Take drug coverage, for example. Ontario already covers the cost of many drugs for seniors using a means-tested program that determines the amount the individual has to pay in deductibles and co-payments. Low-income seniors already pay next to nothing (up to $2 per prescription).

The Liberals are proposing to replace that plan with one that is not means tested, which basically means eliminating the deductible and co-pay that seniors over a certain income level currently have to pay. The average savings for seniors will be relatively minimal — $240 per year — though the cost to the province will be around $575 million. One could ask whether the rather meagre savings for seniors of certain means is a prudent use of tax dollars, but then one risks being asked, "So, why do you hate seniors?"

Smart observers will see through that, recognizing that it is possible to be both for pharmacare in theory and against the pharmacare program designed by this government; for affordable child-care options, but against implementing a scheme that will foist the burden onto those children. For increased health-care spending, but skeptical that this government — which has a knack for wasting billions of dollars — could do so responsibly.

Ontario already spends $12.5 billion a year on interest on its debt — the fourth-largest expenditure in the budget. Clearly, there are better ways to spend those billions, and surely Liberal policy-makers know that, too. But crafting a sustainable plan for Ontario's future won't sway the Wynne-fatigued the way a carrot like free daycare or a high-speed rail just might. They know what they're doing, after all; these guys aren't idiots. The problem is, it seems like they think the voters are.