Omar Khadr might be entitled to a settlement, but it's wrong to say he 'deserves' it: Robyn Urback

Someone who fought against Canada’s allies and left two children fatherless is not worthy of a multimillion-dollar windfall, no matter how atrocious his subsequent treatment. But Canada stupidly abdicated its responsibilities to one of its citizens, so it's now paying a price.

How does one look at the case of Omar Khadr — who admitted killing an American soldier, but was also a child; who confessed to war crimes, but was also likely under duress; who built bombs, but was also abandoned by his country while probably being tortured at Guantanamo Bay — and decide that the situation is unambiguous, black and white? That Khadr is either a deranged terrorist or an indoctrinated former child soldier, who either disgraces Canada by receiving a $10.5-million settlement or redeems it for its failures?

Khadr might indeed be entitled to that money, or some money (the Supreme Court, in its 2008 and 2010 decisions on the government's breach of Khadr's charter rights, never set out any financial compensation, and the Trudeau government has yet to explain how it settled on $10.5 million), but he certainly doesn't "deserve" it in any colloquial sense of the term.

Someone who fought against Canada's allies and left two children fatherless is not worthy of a multimillion-dollar windfall, no matter how atrocious his subsequent treatment. But Canada stupidly abdicated its responsibilities to one of its citizens (like it or not, even accused terrorists have rights), so it is now paying a price.

In a recent CBC column, Jonathan Kay made an empathetic case for Khadr, arguing that at 15 years old, he was basically a pawn controlled by his deranged jihadist father. "Canadian-born Omar was enlisted as an al-Qaeda errand boy when he was still a tween," Kay wrote. "No one reading this can say, with certainty, that his or her life would have turned out different from Omar Khadr's if he or she was raised as he was."

Kay's quite right. Khadr was a child when he threw the grenade that (probably — we don't know for sure) killed Sgt. Christopher Speer; surely that should, to some degree, mitigate the extent to which we hold him responsible. But at the same time, the "I was just following orders" excuse has historically proven to be insufficient to exonerate a person for his or her actions, though the bar is surely lower for teenagers.

This is all to say, when it comes to Khadr, there has not, and will not, be any justice. Awarding him $10.5 million is a tragedy — for the Speer family, for taxpayers, for our collective understanding of what is right and good — but it also would have been a tragedy to keep him locked up for the rest of his life for being a child who failed to resist the violent pressures around him.

This nuance is lost on the Conservatives, however, who are aghast that the government would award millions of dollars to a hardened terrorist, conveniently ignoring the years and many dollars the Harper government spent exacerbating the saga by trying to keep him out of Canada — by using him as a wedge issue and claiming somehow that Khadr had not "suffered any loss or damage as a result of the acts of Canadian officials."

In the National Post, Conservative MP Michelle Rempel went so far as to suggest that Canada should continue to fight Khadr's civil suit — even if it costs millions of dollars — because "it's impossible to say, at this stage, whether the civil suit would have necessarily led to a larger payout." 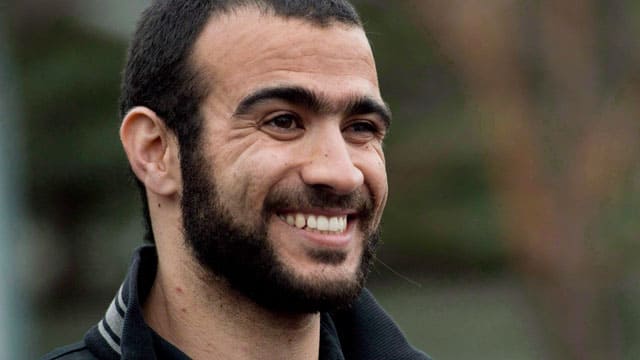 4 years ago
2:51
Reports that the government is planning to apologize to former Guantanamo Bay prisoner Omar Khadr and pay him $10.5 million in compensation has prompted strong reactions from Canadians 2:51

Though she didn't state it outright, Rempel's implication seemed to be that the symbolism of fighting terrorism is more important than money. And in many cases, she would be right. Except in Khadr's civil suit, Canada would essentially be fighting against a Supreme Court ruling that found it in violation of its own principles of justice, not fighting against terrorism. Canada would be continuing to defend its decision to abdicate its consular responsibilities. That is not worth fighting for.

There are plenty of good reasons why making Khadr a millionaire makes many Canadians deeply uncomfortable. There are also many good reasons why some Canadians see this settlement as long overdue. This is an outcome, but not necessarily a good or bad one. No one is righteous here.