Selling OHIP+ was easy. Making it work has been much more difficult

Some of the requirements make no sense. To get OHIP+ coverage for Keppra, a favoured choice to treat epilepsy, for example, patients now have to have tried and failed older, cheaper anti-epilepsy drugs. That's just not practical for many children.

"Which ones do I really, really need?"

It's a Wednesday afternoon and I'm in my office with a patient, reviewing his medications.

"Which ones do I have to take?" he asks. The unspoken words, "I can't afford them all," hang between us.

I'm no stranger to these conversations. Like many Ontarians, my patient has a number of illnesses: diabetes, high blood pressure and depression. Chronic diseases like these must be actively managed to prevent more devastating complications. As long as he remains healthy, my patient can work, his bills are paid, his kids are fed, and his elderly parents taken care of. Taking necessary medications is part and parcel of staying healthy... but that's not always possible.

His story sprang to my mind when OHIP+ was first announced — Ontario's new drug benefits program covering around 4,400 medications for those aged 24 and under. I thought of the patients who were lucky enough to be in the right age bracket — and the patients who still weren't.

As a political promise, OHIP+ is an easy sell. Who doesn't feel immediately protective thinking of sick children? As a mom of four, I certainly do.

But in the month since the program went live, OHIP+ has faced criticism. The doctors — rheumatologists, gastroenterologists, psychiatrists, neurologists, even family doctors — who care for many of our sickest kids are frustrated.

They have spent hours filling out government forms so that kids can still get the medications they need. Before December 31, these medications were covered by private insurance. As of January 1, however, these drugs transitioned to public coverage.

The ads make OHIP + look easy: show your health card to the pharmacist, and — voila — instant coverage. But the reality isn't like that, especially for specialized drugs for sicker kids.

The program is not up-to-date with guidelines. Take for example, Keppra, a favoured choice to treat epilepsy, given its low risk of side effects. Yet to get OHIP+ coverage, patients now have to have tried and failed older, cheaper anti-epilepsy drugs. But it makes no medical sense to take a kid already stable on Keppra, switch him to an older medication, titrate the dose, risk getting seizures, risk getting side effects, watch him fail the therapy — and only then be allowed to put him back on Keppra.

Another example involves biologics for rheumatoid arthritis. OHIP+ doesn't cover biologics (drugs developed using living organisms such as bacteria) automatically, but it might — if a rheumatologist fills out the form for the Exceptional Access Program (EAP).

The form requires extensive documentation of certain lab tests and clinical signs to prove the diagnosis. A specialist's word isn't enough, even if the patient was diagnosed years ago. The problem is that not every kid with rheumatoid arthritis is positive for all the blood tests. So EAP might send the form back, demanding more proof. Worse, EAP coverage only lasts a year, so this entire endeavour must be repeated year after year.

The kicker: private insurers had covered these drugs, no questions asked. But after OHIP+ came into effect, the onus was transferred to the province — and thus buried under stacks of paperwork. 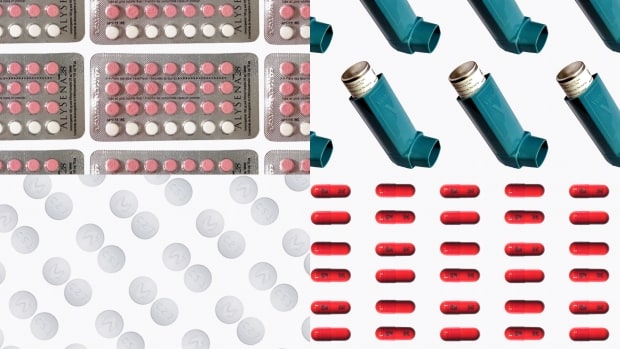 3 years ago
2:44
Universal health care usually includes prescription drugs -- but not in Canada. 2:44

Jumping through hoops to satisfy bureaucratic rules is driving many a doctor mad. After all, an hour shuffling paper is an hour not spent treating another sick patient.

These design flaws could have been prevented. The program would have been better planned if government had asked doctors for advice before drafting the program. Time will tell if they'll fix it.

OHIP+ was initially hailed as the "first step" toward universal pharmacare. Back in the 1970s, the same praise was heaped on the Ontario Drug Benefits program, which covers medications for seniors.

So 40 years later, we have two groups at either end of the age spectrum who get their medications subsidized — and a large group in the middle who don't. At this pace, I do not think the Ontario government will achieve true universal pharmacare in anything less than a century.

This is sad commentary on a healthcare system meant to be universal, but in practice, is patchy and fragmented. Compared to other first-world countries, it's a system that, despite its honourable intentions and hefty price tag, is still among last to the finish line for wait-times, front-line workers and services covered. We need to do better.

Nadia Alam is a family doctor and anesthetist in Georgetown, Ontario and a current Master's candidate in Health Economics, Policy and Management at the London School of Economics. She is also the past President of the Ontario Medical Association.