The court case against Marineland might be over, but we can still consider this saga a 'win'

The struggle to shut down these zoos using the power of the courts is still very much ongoing. But this case succeeded in keeping years-old investigations into Marineland's treatment of animals in the news.

Despite years of bad press and seemingly credible allegations of animal abuse, it comes as little surprise that cruelty charges laid against Marineland by the Ontario Society for the Prevention of Cruelty to Animals (OSPCA) were withdrawn last week. The Crown said there was no reasonable chance of conviction.

Animal cruelty convictions are notoriously rare in Canada. But though the law may not recognize it, the very nature of Marineland — to confine animals to unnatural environments for entertainment and profit —  is cruel.

This case shows that the struggle to shut down these zoos using the power of the courts is still very much ongoing. Nevertheless, it can and should be considered a win: the case succeeded in keeping years-old investigations into Marineland's treatment of animals in the news, and catalyzed all sorts of valuable discussions about the purpose these facilities serve in the 21st century.

Under the guise of education and conservation, marine parks and zoos exploit captive animals to entertain humans and to turn a profit. Make no mistake, Marineland, like SeaWorld, like the Bowmanville Zoo, like the Ringling Bros. Circus, is a business. Its product: animals captured from the wild or bred in captivity, sentenced to life in small, unnatural environments where they are forever denied the ability to engage in natural behaviours, some even forcefully trained to perform.

Animal welfare can never be the top priority when profit is at stake because the condition of the animals will always come second to the bottom line. As a result, captive wildlife often become physically and/or psychologically ill (a condition called zoochosis) and die at unnaturally young ages.

Usually just talking points of animal welfare advocates, these ideas have infiltrated the consciousness of the mainstream over the past couple of years. In Ontario, much of that is thanks to Toronto Star reports of former Marineland employees alleging horrific conditions at the park.

Dating back to 2012, these reports described a harbour seal going blind and dolphins' skin falling off because of unsanitary water conditions; a baby beluga being violently killed by other belugas; black bear cubs being killed by dominant males because of cramped living conditions; and an injured fawn being shot then butchered with a knife because it was still alive, rather than humanely euthanized.

Marineland owner John Holer adamantly denied all the accusations, and he filed a libel suit against the Star and sued the whistleblowers. Yet unfortunately for Holer, each legal update created an opportunity for media to remind the public of the initial allegations. So too did the animal cruelty charges that were laid, and ultimately dropped, against the park.

Some of these reports did result in new provincial legislation, however. Following specific allegations pertaining to the inhumane treatment of Marineland's killer whale Kiska, which included a video of the animal bleeding — reportedly as a result of scratching herself on the sides of her small tank — the Ontario government banned the future sale and breeding of captive orcas in the province in 2015. But this did nothing for Kiska, who since her 1979 capture off the coast of Iceland, still floats in isolation in a tank at the park. 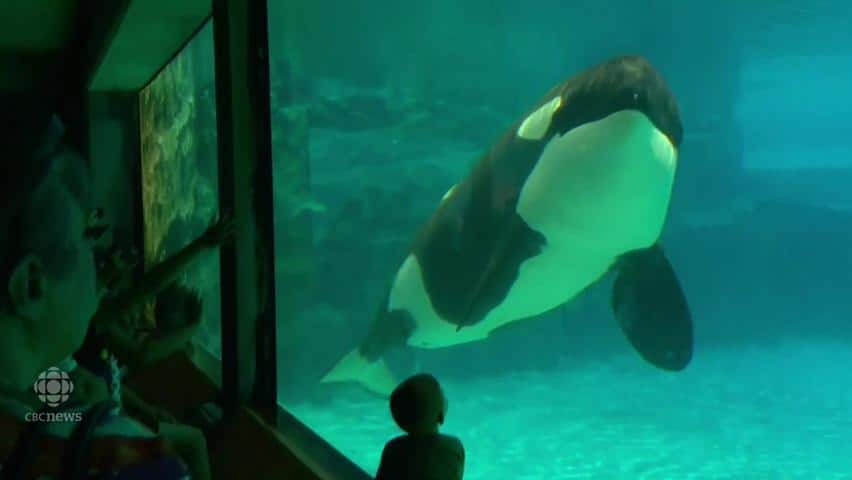 Part of the problem is that Marineland is not a member of Canada's Accredited Zoos and Aquariums or the Association of Zoos and Aquariums, and it doesn't have to be. Such facilities in Ontario (also including the fraught former Bowmanville Zoo, now reopened under a new name and selling lion cub encounters) are not required to be licensed.

"Anyone can collect almost any animals and open up a commercial enterprise to display and train them," says Canadian animal right lawyer Anna Pippus, "without any training, standardization, or oversight from the government."

With no one in charge, captive animals in Ontario remain especially vulnerable to harm and suffering at the hands of their exploiters.

The only solace concerned Ontarians can take from all of this comes, ironically, from a statement Marineland issued once the charges were dropped in which it said it suffered severe "reputational damage."

Though Marineland does not disclose its attendance figures, assuming the park is following in the long-term trend of SeaWorld and the Toronto Zoo, crowds are dwindling.

Popular documentaries like Blackfish and the work of award-winning Canadian photojournalist Jo-Anne McArthur in her book Captive are having an impact. Combined with continued coverage of this legal saga, the paying public is becoming more enlightened about the heartbreaking plight of animals in captivity.

Though legislation might be falling short in protecting captive wildlife, media attention and public pressure are slowly but surely picking up the slack.

Jessica Scott-Reid is a freelance writer and animal advocate.