Universities are caught in the battleground of competing expectations between affluent students who treat university as a transitional period between adolescence and adulthood, and traditionally underrepresented students, who tend to view university as both a stepping stone out of poverty and a way to support their communities.

For some, university is a finishing school. For others, it's an avenue for social justice

Free speech and censorship at universities seem to always be in the news. The most recent high-profile examples involve Dalhousie University, which backed away from a plan to bring student union vice-president Masuma Khan in front of a disciplinary committee for comments she made about "white fragility," and Wilfrid Laurier University, which issued an apology to graduate teaching assistant Lindsay Shepherd over her treatment for airing a TVO clip in class.

In response, many lamented the apparent erosion of the "free exchange of ideas," which is supposed to be central to universities' mandates. But while it's tempting to see these incidents as the latest manifestations in the struggle between free speech and respecting the rights of marginalized communities, they are indicative of another serious crisis: a fight over the fundamental purpose of universities.

At the heart of this crisis are the desires of students themselves. When a group of professors at Northwestern University surveyed 1,400 incoming undergraduate students, they found that first-generation students — those who are the first in their families to attend university and who are more likely to be from low-income households — were attending university to support their families, to give back to their communities and to serve as role models to show that people from their backgrounds could be successful.‎

Conversely, students whose parents attended university — and who were more likely to be affluent — cited reasons for attending university that included becoming an independent thinker, exploring new interests and expanding their knowledge and understanding of the world.

Universities are thus caught in the battleground of competing expectations between affluent students who treat university as a transitional period between adolescence and adulthood — a place where they can freely debate ideas — and traditionally underrepresented students, who tend to view university as both a stepping stone out of poverty and a way to support their communities. 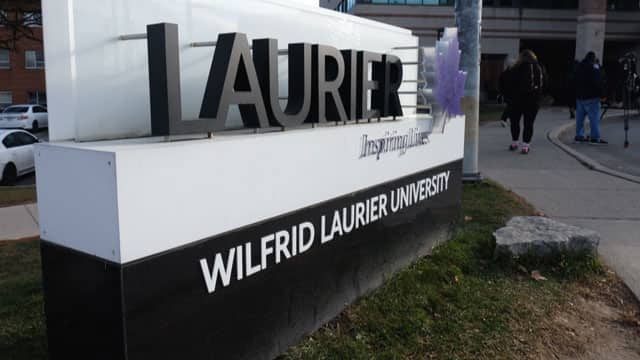 3 years agoVideo
8:54
Wilfrid Laurier University has been at the centre of a free speech controversy after teaching assistant Lindsay Shepherd was sanctioned for showing students a video clip featuring a controversial Toronto professor talking about gender-neutral pronouns 8:54

This battle is relatively new. Before the Second World War, universities were reserved for the most affluent and politically connected. Historian H.B. Neatby notes that because government and university officials generally held the same social values and upheld the same social order, there was little confrontation over course content, admissions and student discipline.

The advent of government financial assistance to universities and students, coupled with shifting perspectives toward women in the workplace, drastically changed the student body around the mid-20th century, upending this once-cohesive social order.

This crisis of purpose has been further compounded by the fact that universities haven't been neutral actors in the creation of policies that resulted in various forms of discrimination. Indeed, North American and European universities have historically facilitated, profited from and justified racism, colonialism and genocide.

African Studies programs, for example, were originally created to prepare European colonial administrators and missionaries for their posts abroad.

And eugenics — a pseudoscience that advocated the improvement of the human race through restricted procreation of "undesirable" populations — gained widespread popularity across North American universities in the early 20th century. As a result, thousands of black people, Indigenous people and people with disabilities were sterilized against their will.

Nowadays, with the proliferation of liberal arts programs such as women's studies, gender studies and many ethnic studies — programs that take a more critical approach to historical knowledge and understanding — universities are being implicated as institutions that have played a significant role in larger systemic discrimination. And university students are forcing them to be accountable to this.

Black people, Indigenous peoples, Muslim students, first-generation students, LGBT+ students and people with disabilities are no longer willing to accept curricula and ideologies that have traditionally upheld and justified policies that discriminated against them — policies that led to their underrepresentation in universities.

Biases in recruiting and admissions often gave greater weight to affluent students, with some universities giving preferences to "legacy" students: students whose parents or grandparents previously attended that institution. In other cases, notions about alleged capacity for intellectual reasoning, maximum quotas or complete restrictions on admissions limited — and in many instances kept out entirely — attendance of racial and religious minorities and people with disabilities at universities.

As governments strive to make post-secondary education more accessible to traditionally underrepresented students whose purpose for attending university may not align with tradition, greater demand will be placed on universities to create spaces that don't treat discriminatory ideologies in an objective manner.

University administrators must learn how to create programs and implement policies that reconcile these differing purposes. And they must determine whether it's possible and practical to be both a finishing school for students who are affluent, and an avenue to social justice for those who have been historically underrepresented.

Angela Wright is a writer and public affairs professional. She holds a Master’s in history from the University of Iowa. Follow her on Twitter: