The danger here isn't just of foreign adversaries plying us with fake news, but also of our own smug sense of superiority that what happened down south can't happen here.

There's an added danger in our smug sense of superiority that what happened in the U.S. couldn't happen here

With special counsel Robert Mueller's recent indictment of 13 Russian nationals for interfering in the 2016 U.S. election, the focus in intelligence circles globally has turned to preventing similar intrusions on their democratic institutions.

For its part, the Communications Security Establishment has published a report on cyber threats to our democratic process; a document that focuses primarily on the technical aspects of elections, including electronic voting systems, the cyber threats to political parties and how voters access information related to the voting process.

To be sure, it is vitally important that we protect these systems from potentially nefarious international intrusions. But the report overlooks one important element: the voters themselves.

Unfortunately, no technology or cyber defence tool in the world can protect voter minds from outside influences. And the danger here isn't just of foreign adversaries plying us with fake news, but also of our own smug sense of superiority that what happens down south can't happen here.

Cognitive biases tend to lead people to blame the victim for the misfortune that befalls them. The just world theory, for example, is based on the idea that the world is ultimately fair, and thus, the victim had it coming; likewise, the hindsight effect makes outcomes seem obvious after the fact, leading people to see unfortunate events as easily avoidable. These are just a couple of the ways we might delude ourselves into thinking similar misfortune couldn't possibly happen to us. But they could.

Nearly half of the Canadian population graduated high school before the web was invented. Unless these people are actively working in fields related to the information environment, chances are most of them will have little to no idea as to how information is distorted online. What is urgently needed is a national campaign to foster digital citizenship and responsibility, and in particular, a greater awareness for how the information environment is used to shape opinions and provoke users into disseminating propaganda.

We know that much of that dissemination happens on social media, and predominately on Facebook. That's where many Canadians often share political content without knowing its provenance or veracity. Seeing such content from friends, family or other influential figures increases the likelihood that we will see them as legitimate, and thus the messages are propagated further.

This happens on both sides of the political spectrum. Take the recent social media chatter about Prime Minister Justin Trudeau's choice of dress on his recent trip to India: right-leaning Facebook pages such as Ontario Proud and Canada First quickly churned out memes on the topic, some of which garnered nearly 5,000 shares.

Those posts were quickly countered by users (including a former Green Party staffer) and pages such as Political Soap Box, which posted pictures of Stephen Harper in different outfits, which were also shared thousands of times over.

We know that Ontario Proud is run by a Canadian, but the people behind Political Soapbox, Canada First and Canada Proud have remained obscure. Canada First frequently shares posts from Canada Proud, and in the past has published links to Debate Post, a Facebook page and website of "Canadian Conservatives."

Debate Post typically runs divisive and outlandish content (which is then shared by Canada First) such as how Trump could become prime minister, how Canada supposedly legalized bestiality, and content aimed at vilifying Muslims (like this post claiming Oslo police had lost control of the city, featuring a photo of a woman used in similar stories set in Sweden). Debate Post features three staff members on its website, all of whom have suspiciously short digital shadows for journalists.

These sorts of pages generally stoke divisions, and whether or not they have been created and maintained by Canadians, it is nevertheless true that a polarized society is an easy target for outside actors who wish to influence the democratic choices of Canadians. What's more, by offering a simple share or retweet, these pages can (often unknowingly) amplify the messages of covert international actors. 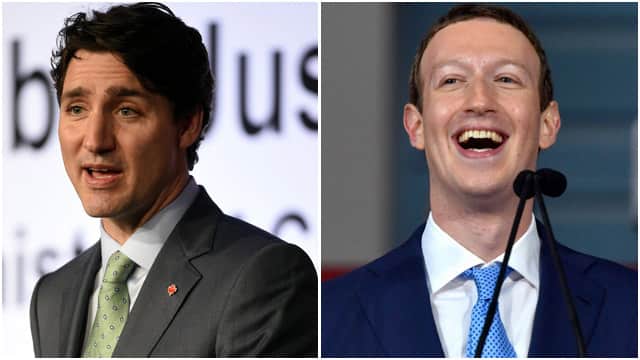 Is Canada safe from Russian-style election hacking on Facebook?

3 years ago
5:41
Is Canada safe from Russian-style election hacking on Facebook? The CBC’s Wendy Mesley asks Minister of Democratic Institutions Karina Gould what the government is planning to prevent a cyber attack 5:41

The solution is not to shut down these pages: new ones will always pop up, and it's simply impossible to filter and block people into protection. Instead, we need to make citizens into critical consumers, able to discern good information from bad (such as recent claims that Trudeau was the illegitimate son of Fidel Castro).

An uninformed electorate is a democracy at risk, particularly since there is now a constant loop of participatory propaganda in which people are both consumers of persuasive counter-narratives and propagators of divisive content. The only thing that might stop this cycle is increased awareness.

This would require a cross-government, non-partisan initiative involving, at a minimum, Canadian Heritage, Elections Canada and Citizenship and Immigration Canada. The effort could be as a simple as an advertising campaign to begin, coupled with entertaining quizzes and personality tests about what and how people share content online.

Of course, such an effort will be better received if run by an independent third-party, rather than the government itself, particularly as some actors seek to use anti-establishment sentiments to fuel divisions – and yes, even here in Canada.

Alicia Wanless is the Director of Strategic Communications at The SecDev Foundation. Alicia develops campaigns and strategies for engaging beneficiaries in outreach and behavioural change, and she has developed a training program that deals with verifying information and the spread of content online.