Canada will legalize pot, after arresting a bunch of people for pot offences first: Neil Macdonald

Why the government cannot simply decide to invoke prosecutorial and police discretion, and cease enforcing the cannabis laws it considers unjust, was not explained. Why that would necessarily be a "free for all" also went unexplained.

Why? Our ministers can't really explain

"Too many Canadians," declares the Liberal Party of Canada on its website, "end up with criminal records for possessing small amounts" of marijuana.

Enforcement of cannabis law, it continues, "traps too many Canadians in the criminal justice system for minor, non-violent offenses."

So. What's the government's solution?

Well, it intends to continue arresting, prosecuting and criminalizing Canadians who commit this minor and non-violent offence, at least for another year or so. Young Canadians are particularly vulnerable to arrest.

Why keep criminalizing? Good question, and the CBC's Carol Off asked it during an interview with Justice Minister Jody Wilson-Raybould, after the government revealed its legislative plans last week.

In response, the minister delivered this clanging non-sequitur:

So Off asked again: Why another year?

Wilson-Raybould's reply: "Well, we first of all, I completely respect the parliamentary process and will certainly monitor this piece of legislation as it as it moves through."

If that sounds like gibberish, it's because it is.

True to form, this government has written down a series of talking points, in this case, trying to make it sound like it's cracking down on pot rather than legalizing it. And Justin Trudeau's ministers are sticking to the messaging from party central like a child reciting Dr. Seuss.

Not once in that As It Happens interview did Wilson-Raybould explain why the government intends to keep on criminalizing Canadians so unfairly (see the Liberal party's website statement) for another year.

Instead, literally every second time she opened her mouth, she re-spouted the line about "strictly regulating and restricting access." Off asked eight questions. Four times, Wilson-Raybould robotically reverted to the same phrase.

Meanwhile, Public Safety Minister Ralph Goodale, a parliamentary lifer who mastered the art of repetitive dronetalk sometime back in the last millennium, was out peddling more or less the same line, but with an added warning: Not only will the government continue to criminalize Canadians for what it considers a trifling offence, enforcement will be vigorous.

"Existing laws prohibiting possession and use of cannabis remain in place, and they need to be respected," Goodale declared. "This must be an orderly transition. It is not a free-for-all."

Why the government cannot simply decide to invoke prosecutorial and police discretion, and cease enforcing the cannabis laws it considers unjust, was not explained. Why that would necessarily be a "free for all" also went unexplained.

And Goodale went even further. All those Canadians who were prosecuted successfully in the past for this trifling, minor, non-violent offence will continue to bear the burden of a criminal record, even though this government says such prosecutions were wrong and is moving, albeit slowly, to strike down the law.

Goodale was explicit: there will be no blanket pardon. Again, no explanation. He was too busy administering stern warnings about continued enforcement, and, of course, "strictly regulating and restricting access" once the law is finally changed.

All of this is to satisfy conservative Canadians who, even though they probably can't explain it, continue to believe smoking pot should be a crime.

Craig Jones, director of the Canadian chapter of the National Organization for the Reform of Marijuana Laws, says that "after 50 years of intense propaganda, we are essentially addicted to prohibition. It's the only way we know."

Jones points out that cannabis was criminalized by fiat in 1923, with no discussion or debate in parliament. Interestingly, he says, the first actual arrest for possession wasn't until 1947.

That's probably because several generations ago, Canadians regarded cannabis as an innocuous herb with some medicinal value, not a drug that turns good children into fiends.

"Your average family doctor a century ago probably knew a great deal more about the therapeutic value of cannabis than a doctor today."

As for the government's strange desire to keep arresting and prosecuting Canadians for possession, Jones says: "It's hard to extricate yourself from a policy error."

But back to Off's interview with the justice minister. She raised another excellent question: Once cannabis is legal in Canada, what should Canadians answer when asked by U.S. border agents whether they've ever used it?

Because admitting it at the border can result in being barred from entering the U.S. for life, even though many states have now decriminalized cannabis, and eight states have outright legalized it.

Wilson-Raybould could have said something sensible, like: "The government of Canada will press the Trump administration to understand that after legalization in Canada, millions of Canadians will be placed in an impossible situation at the border, and we need a clear understanding between our nations." 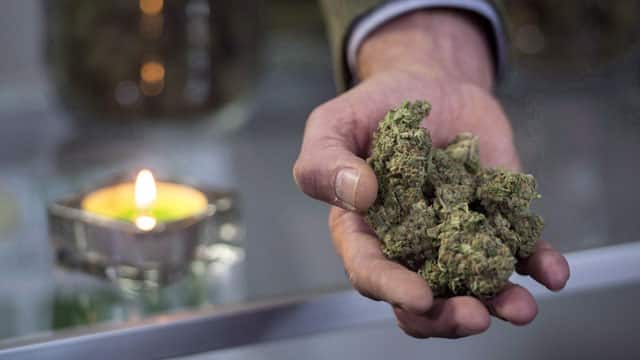 Instead, somewhat weirdly, she started talking about what a great job Ralph Goodale is doing keeping Canada's border safe, then strongly advised anyone crossing into the United States to tell the truth if asked about pot use. Then said she looks forward to "continuing conversations" with Jeff Sessions, her extreme-law-and-order American counterpart.

Now, it could be that Wilson-Raybould was subversively advising Canadians that if every one of us who has ever smoked pot starts declaring it at the border, it would jam traffic to a halt and the Americans, in the interest of continued commerce, would likely stop asking the damned question.

But, given that she's a minister in Justin Trudeau's cabinet, that's unlikely. What she probably meant to say was that marijuana would be strictly regulated and access restricted.

Because, of course, this can't just be a free for all.