We inherently expect the U.S. to make up for the ever-increasing gaps in our military capabilities. And, like the classic enabler, the U.S. unwittingly continues to allow Canada to live its traditional “middle power” delusion of global significance.

We expect the U.S. to make up for the ever-increasing gaps in our defence capabilities

The stated objective in the Trudeau government's recent budget was to "continue to deliver on the things that matter most to Canadians."

But what mattered most when it came to defence procurement, apparently, was to defer the purchase of much-needed equipment for an already emaciated military to the 2030s. 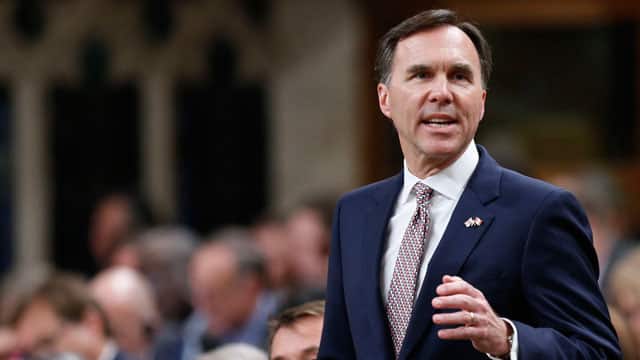 4 years ago
27:41
Finance minister reads his second budget in the House of Commons 27:41

As with past military cuts, this government banked on the belief that their refusal to commit to Canada's defence would be met with little more than passive concern. And they were right.

Indeed, whatever diplomatic language might be used to soften this hit, the fact remains that this budget is only the latest installment in the slow and painful devolution of Canada's commitment to defend its territory and interests.

Dependence on the U.S.

Canada is not entirely leaving its shores and airspace open to violation, mind you. But we should take Justin Trudeau's polite reneging on his promise to maintain our military as silent acknowledgement of Canada's military dependence on the United States.

We Canadians have what can only be described as a "colonial mentality" when it comes to defence. This means that we inherently expect the U.S. to make up for the ever-increasing gaps in our military capabilities. And, like the classic enabler, the U.S. unwittingly continues to allow Canada to live its traditional "middle power" delusion of global significance, while carrying the burden of our defence.

With that as the status quo, why would Canada duplicate the billions of dollars the U.S. already devotes to defending its country — and its continent?

Of course, Canada isn't the only country looking at U.S. military might as a sort of defence safety net. But when it comes to defence procurement, even smaller NATO countries — Denmark, Norway and the Netherlands, for example — have far superior records when it comes to maintaining well-equipped militaries.

These and other allied countries in Europe have their new fighter fleets ordered and coming into operation, while Canada has barely started the process of putting in a request. Twenty-seven F-35 Lightning fighters are scheduled for the Danish Air Force, for example, and 52 and 37 planes have been purchased and are coming into operation for the Norwegian and Netherlands air forces respectively.

Even if Canada does eventually acquire and stick with the 18 interim Super Hornets as currently proposed, each of these tiny European countries will have a larger fleet of modern fighter aircraft than Canada, which should be embarrassing for a country of our size and status.

It's just as bad if we look at Canada's navy fleet. Today, the Royal Canadian Navy has been shed of its outdated supply ships and destroyers, leaving the country with the largest coastline in the world with 12 aging patrol frigates and four dysfunctional second hand diesel submarines.

U.S. President Donald Trump has insisted that America's NATO allies are not spending their fair share on defence, and if that's true — which, according to NATO numbers, it most certainly is — then Canada is unquestionably among the military deadbeats of the bunch. That will continue just as long as we remain content in our freeloading stupor, banking on the U.S. to bail us out if things get bad.

Smaller NATO members, meanwhile, are showing they are ready to do their part.

Robert Smol holds a Master of Arts in War Studies from the Royal Military College and served more than 20 years in the Canadian Armed Forces, retiring as a Captain in the Intelligence Branch. He is currently studying law in Toronto.