The political purpose of M-103 is plain: to sucker nativist chumps, none of whom intend to ever vote Liberal or NDP, into racist public tirades. In that, MP Iqra Khalid has succeeded admirably.

M-103 has injected a note of hysteria into the Tory leadership race, exactly as the Liberals no doubt intended

To anyone who believes in the unchained expression of ideas, Motion 103 is a sinister piece of work. Pollyanna-sunny, very Canadian, and no doubt brilliant politics, but sinister.

The motion, nominally authored by Liberal backbencher Iqra Khalid, calls on the federal government to condemn "Islamophobia" and all other forms of mean and nasty and racist speech, and, further, to immediately study how to quell hate and fear and generally figure out a way to make Canadians be nicer to each other.

All of which sounds lovely. Captain Kirk ran around the galaxy delivering a similar message to bigoted aliens for years.

But the ability of earthly governments to impose such goals is beyond dubious. Suasion seldom works; society is a stew of prejudice and tribalism, and nobody I know pays the slightest attention to government moralizing. 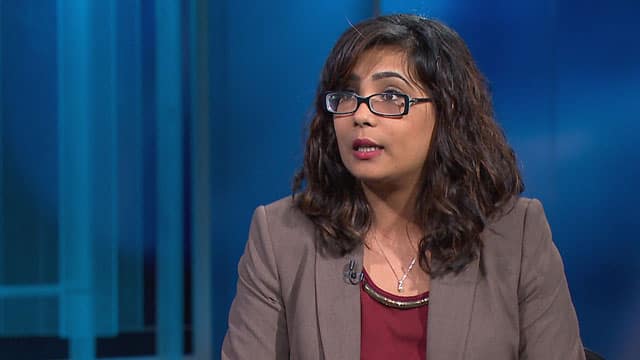 4 years agoVideo
4:41
Iqra Khalid has received extremely negative messages in response to her motion to have the federal government eliminate 'Islamophobia and all forms of systemic racism and religious discrimination' 4:41

Even politicians understand that. So, ultimately, there are some, probably including ministers in Justin Trudeau's cabinet, who will be tempted to accomplish M-103's stated goals by once again lowering the dead hand of the state on speech.

It's the Canadian way.

This is not fanciful; Canadians tend to think we enjoy a right to free speech, but we don't. It's one of our national myths, probably attributable to our wholesale gorging on literature, media and films from America, where speech enjoys near-total constitutional protection from suppression by government.

In Canada, it's a different story. There is already a remarkable plantation of federal and provincial laws defining and prohibiting offensive speech, and it's a safe bet the proponents of M-103 are eager to plant even more, even if M-103 is just a parliamentary statement.

Further, Canadians tend to support such measures; they either don't realize or don't care that these laws attack free speech; inoffensive speech, after all, doesn't need protecting.

To review: the Criminal Code bans "hate propaganda," which has been defined by the Supreme Court as speech "intended or likely to circulate extreme feelings of opprobrium and enmity against a racial or religious group."

This law is serious: a spokesperson for Stephen Harper's public safety minister suggested in 2015 it could be used against groups advocating boycott, divestment and sanction of Israel for its occupation of the West Bank.

Then there are the provincial Human Rights commissions, quasi-judicial boards, each with their own set of regulations, out to protect fragile Canadians from speech that injures their "dignity, feelings or self-respect." These tribunals have teeth, and the ability to force speech offenders to pay damages to the offended.

Ezra Levant, a conservative provocateur, spent years fighting efforts by Muslim groups that dragged him before the Alberta Human Rights Commission for reprinting controversial Danish cartoons that depicted the prophet Mohammed unflatteringly. These cartoons, not really any worse than Monty Python's lampooning of Jesus Christ in the film Life of Brian, had provoked death and rioting overseas, and were available on the internet.

Levant, editor of the Western Standard at the time, was making a reasonable news judgment, showing people what the uproar was about. Ultimately, the Alberta commission dismissed the complaint, but not before forcing Levant to spend a fortune defending himself.

At a guess, Khalid and her fellow activists in the Liberal and NDP caucuses would regard those Danish cartoons as Islamophobia, as well as the cartoons that provoked the mass murders at Charlie Hebdo magazine by Muslim fundamentalists in Paris.

In fact, Khalid would almost certainly characterize as Islamophobic any account that dared to describe the Charlie Hebdo murderers as Muslim fundamentalists.

In the Commons, she repeatedly refers to a petition, signed by thousands of Canadians, that demands recognition "that extremist individuals do not represent the religion of Islam, and in condemning all forms of Islamophobia."

So: would any such recognition foreclose a discussion of the imam at a Toronto mosque who recently treated his congregation to remarks about "the filth of the Jews?" Would it be Islamophobic to ask whether a religious leader, sermonizing in a mosque, in any way represents Islam?

So morally certain are Khalid and her backers (certainly including the Prime Minister's Office) that they are refusing any changes or amendments to the wording of M-103, including the rather sensible suggestion that "Islamophobia" be at least defined, say, as discrimination against Muslims, which is already illegal.

Would Khalid's notion of Islamophobia, for example, prohibit discussion of a question often posed by Israelis and conservatives: Why, if most Muslims are not terrorists, most terrorists appear to be Muslims?

Would Khalid want to suppress any depiction of the prophet Mohammed, which many Sunni Muslims deem offensive?

Would she seek to quell discussion of why Saudi Arabia, a Muslim theocracy and close ally of Canada, recently went much further than Donald Trump, deporting tens of thousands of Pakistanis on the grounds that some might be terrorists?

All those subjects are debatable.

But it is reasonable to ask whether targeting "Islamophobia," rather than discrimination against Muslims, would eventually forbid debate itself.

The political purpose of M-103, though, is plain: to sucker nativist chumps, none of whom intend to ever vote Liberal or NDP, into racist public tirades. In that, Khalid has succeeded admirably.

She herself has been the target of deeply racist attacks from angry voters. Comment sections of news websites have exploded with warnings of Sharia law and Islamofascism and the terrible threat of immigrants and the dilution of our "Judeo-Christian" culture (Vancouver is a city whose population is about 40 per cent Asian, but never mind).

Falling into the trap

M-103 has also injected a note of hysteria, exactly as the Liberals no doubt intended, into the Tory leadership race, making it difficult for the Conservative party to leave behind its foolish and repudiated election proposals to ban niqabs and establish a tip line for "barbaric cultural practices."

The Liberals also bet, successfully, that Conservatives taking issue with the term "Islamophobia" would be portrayed in media coverage as mouth-breathing reactionaries, or at least hypocrites, given their forceful push in the past for a parliamentary denunciation of what their members called "the new anti-Semitism."

The Liberals' logic was obvious: Trumpian conservatives are feeling ascendant and triumphalist nowadays. Why not encourage them?

If it didn't have such serious implications for freedom of expression, it would almost be funny.