Nine players on three NHL teams have contracted mumps this season, an unexpected outbreak that the league and the players' association are trying to contain. 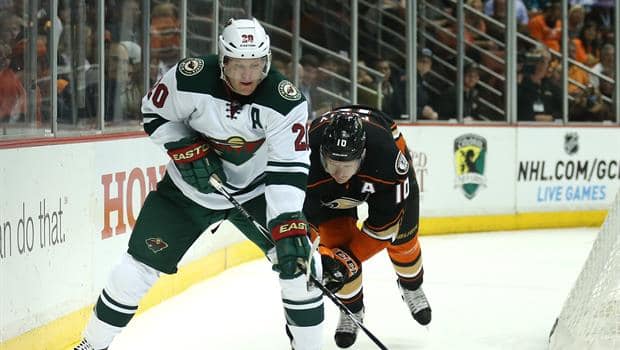 Nine players on three NHL teams have contracted mumps this season, an unexpected outbreak that the league and the players' association are trying to contain.

Those infected with mumps can have a fever, headaches, muscle aches, fatigue and loss of appetite, followed by the swelling of salivary glands, according to the Centers for Disease Control and Prevention.

Deputy commissioner Bill Daly said the league has been in contact with team doctors and training staffs about best practices to prevent the spread of mumps, which has caught everyone off guard.

"It is certainly an outbreak that was unexpected and has caused unwanted disruption at the team level, but it is not something we have any significant control over," Daly said. "As long as our clubs are doing what they need to do to minimize risk of contraction, we are hopeful that the wave of cases will run their course and life will return to normal in the relatively near term."

Nine out of some 600 players getting the mumps is not a full-fledged epidemic, but the lack of familiarity about mumps has made it a talking point around the league. As Wild star Zach Parise joked to the Star-Tribute in Minneapolis: "What is this, the Oregon Trail? Where are we right now? Every team seems to get the flu once a year, but the mumps?"

When Perry and Beauchemin were ill and eventually tests showed they had mumps, the NHL/NHLPA joint health and safety committee began working with teams to prevent further spread.

"The NHLPA has been actively educating the players regarding the recent outbreak, while providing best practices on how to avoid contracting and spreading mumps," spokesman Jonathan Weatherdon said.

The mumps virus is spread through saliva or mucus, usually from coughing, sneezing or talking, according to the CDC. Sharing drinks and utensils can also contribute to spreading the infection.

"It's something we're aware of," Vancouver Canucks NHLPA representative Kevin Bieksa said. "The PA's addressed it, we've sent out a couple emails with some of the symptoms and some of the warning signs. Most of us have been vaccinated, so we're doing whatever we can to prevent it."

The Canucks aren't the only ones taking precautions. Rangers coach Alain Vigneault told reporters that his team would be getting booster shots after they found out Glass had the mumps.

According to the Winnipeg Free Press, the Jets have told their players not to share water bottles or towels and have been disinfecting dressing rooms when on the road.

The first mumps vaccine was licensed in the United States in 1967, according to the CDC. The measles-mumps-rubella vaccine began to be administered in Canada in the early 1970s, according to the Public Health Agency of Canada.

Originally, one dose of the MMR vaccine was administered to a child aged between 12 and 15 months. In 1989, several health agencies recommended the vaccine be increased to two doses, the second given between ages 4 and 6.