In today's Morning Brief, the recent surge in oil prices is still a net benefit to Canada's economy, but not nearly to the extent that we have come to expect.

The sky high price of gasoline is pushing many Canadians to their financial limits. Usually when this happens, the pain at the pumps is offset by a burst in growth for the Canadian economy. High oil prices used to mean a surge in investments and hiring.

"Typically when oil prices are rising, Canadians get a bit of relief at the pump as a result of a higher Canadian dollar," said CIBC's chief economist Avery Shenfeld.

"In this case the Canadian dollar is not following oil prices, in fact it's moving in an opposite direction at the moment and that's adding to the pain a lot of households are feeling."

The loonie generally goes up because there's an expectations that Canada's oil sector is about to go on a spending spree, but this time it's being a bit more cautious despite some record profits.

The last time the global price of oil surged this high, starting in 2008, there was a surge in investments and a hiring boom. Commodity expert Rory Johnston says years of low prices and low profits have made companies wary of moving too quickly this time.

"There's a lot of scarring that occurred over the past decade," said Johnston, author of the newsletter Commodity Context and managing director at Price Street Inc.

Higher oil prices are still a net positive for the Canadian economy, said CIBC's Shenfeld, but things are different this time.

"When they're caused by disruptions in the global economy they are not as powerful as when they are caused by strength in economic activity around the world," he said.

A United Launch Alliance Atlas V rocket carrying the Boeing Starliner capsule lifts off on an uncrewed second test flight to the International Space Station from Florida's Cape Canaveral Space Force station on Thursday. The capsule is due to dock with the space station on Friday. Read about the launch here.

Two cases of monkeypox have been confirmed in Quebec, the first such cases in the country, according to the Public Health Agency of Canada (PHAC). The agency says it has alerted public health authorities around Canada to look for symptoms in patients, regardless of whether they've travelled. "This is an evolving and ongoing investigation, both in Canada and around the world," PHAC said in a statement on Thursday. Earlier on Thursday, Montreal's top public health official urged people not to panic as her department investigated 17 cases of suspected monkeypox in the greater Montreal region. "Most of our cases are not severe," said Dr. Mylène Drouin. It's not clear if the two cases confirmed by PHAC are among those 17. Until now, monkeypox outbreaks have been limited mostly to central and western Africa, but in recent weeks, suspected cases have been identified in the U.S., U.K., Portugal and Spain. Likened to a milder form of smallpox, monkeypox is a rare viral illness that typically begins with symptoms such as fever, headache, backache and fatigue — similar to symptoms of COVID-19 or the flu. But doctors say the most noticeable symptom is a rash or lesions on the skin. Read the full story here.

WATCH | How the virus is transmitted:

Montrealers 'do not have to panic' over monkeypox: public health

The federal government has banned Huawei from working on Canada's fifth-generation networks over security concerns — a decision critics say was long overdue. The move puts Canada in line with key intelligence allies like the United States, which have expressed concerns about the national security implications of giving the Chinese tech giant access to key infrastructure. The government is also banning ZTE, another Chinese state-backed telecommunications firm. A government policy statement posted online says companies will have until June 28, 2024, to remove or terminate 5G equipment from Huawei and ZTE. They'll also have to remove or terminate any existing 4G equipment provided by the companies by Dec. 31, 2027. The policy statement says the government expects companies to stop purchasing new 4G or 5G equipment from the companies by September of this year. "This is the right decision and we are pleased to announce it today because it will secure our network for generations to come," Innovation, Science and Industry Minister François-Philippe Champagne told a news conference Thursday. Read more on this story here.

Whether it goes by the "great replacement" or another name, the conspiracy theory embraced by the accused Buffalo, N.Y., gunman has inspired several mass shootings in recent years — in Canada and around the world. Ten people died in the attack at Tops Friendly Market in a predominantly Black neighbourhood of Buffalo on Saturday. A manifesto linked to the 18-year-old accused gunman is being investigated by the FBI, which described the deadly shooting at the supermarket as "racially motivated violent extremism." The manifesto text, which was posted online, refers to the "great replacement" conspiracy theory, which promotes fears that Europeans are being replaced through so-called "white genocide." It also explicitly states the intention of the planned attack was "to show the replacers that as long as the White man lives, our land will never be theirs and they will never be safe from us." Those who closely monitor violent extremism say it is another tragic example of how the racist ideology is spurring deadly violence. "The great replacement conspiracy theory is kind of like the primordial DNA of racist conspiracy theory," said Evan Balgord, executive director of the Canadian Anti-Hate Network. Read the full story here.

When Russian troops stormed into Borodyanka, Ukraine, in the intial days after the invasion, Vitaliy Lusyi, 43, said the young soldiers told him they were there to root out Nazis in the community 60 kilometres east of Kyiv. But in the days that followed, as large swaths of Borodyanka were bombed and hit by airstrikes, he says soldiers began interrogating him, before torturing him over two days and forcing him to kneel in a shallow hole in the dirt.  "I was thinking of how to stay alive," said Lusyi in an interview outside of his family home. "They were beating me hard and everything was in pain." The electrical worker, who remained behind in Borodyanka to feed his chickens while many members of his family fled to western Ukraine, was visited by investigators twice since the community of 13,000 was liberated at the end of March. His case is one of more than 400 of alleged war crimes that local prosecutors are looking into in Borodyanka alone. Read more on this from CBC's Briar Stewart in Ukraine.

A study conducted by researchers at McGill University and scientists from Italy suggests that blocking inflammation after injury might make that pain chronic — a finding that challenges the standard approach to treating pain. Chronic pain — especially in the lower back — is a common ailment, but scientists don't know why some back injuries resolve themselves while others cause suffering for years. In this study, researchers found that neutrophils, a type of white blood cell that helps the body fight infection and dominates the early stages of inflammation, play a key role in resolving pain. Jeffrey Mogil, researcher of the study and professor of psychology at McGill University, says standard medical practice for treatment of short lasting pain after injury might be the opposite of what we should be doing. "We think that chronic pain develops because of inflammation so we think inflammation is bad and we should stop it. But what this study suggests is that yes, but at the cost of increasing your chances to develop chronic pain," Mogil said. Read more on this story here.

Now for some good news to start your Friday: A young volunteer and philanthropist has been recognized for his work with multiple charities in Sudbury, Ont. William McCormick was one of two dozen people to be awarded the Ontario Medal for Young Volunteers April 28. Along with his volunteer work with several Sudbury charities, McCormick also founded two community groups — A Place to Call Their Home and Service Not Forgotten. McCormick started A Place to Call Their Home with his brother, with a goal of reaching out to underrepresented or underserved populations by sending care packages of school supplies, and providing clothing to groups in need, he said. "My parents have always tried to instill in us a deep sense of gratitude for the situation we're in," he said. "I've been provided a loving family and all the support I could ever need, and it was really important to try to give back." Read more about the young award winner.

Opinion: The ideals and principles that proved Jason Kenney's undoing

It is much easier to say no without having to provide a reason than to translate ideas into legislation that advances the common good. This proved to be a difficult adjustment for some MLAs and party members, writes Howard Anglin. Read the column here.

Nothing is Foreign: Israeli court decision could pave way for Palestinian evictions in West Bank

An Israeli court decision could allow the government to evict around 1,200 Palestinians from the Masafer Yatta area in the southern West Bank.

The May 4 High Court of Justice ruling rejected the prior appeals against eviction orders issued to residents of the area, which Israel declared a military firing zone in the 1980s.

Palestinians say they have a right to remain on the land and have lived there for generations, but Israel argues they are squatting and do not have the right to establish permanent residence in the firing zone.

The decision is being criticized by some legal experts in Israel, and the United Nations said in a statement that by upholding the eviction orders, the judicial system has given "carte blanche to the Israeli government to perpetuate the practice of systematic oppression against Palestinians."

We speak to Israeli human rights lawyer Michael Sfard about how the land of Masafer Yatta became a legal and physical battleground, and check in with Palestinian journalist Basel Adra about his experiences of reporting on the 20-year-long land dispute. 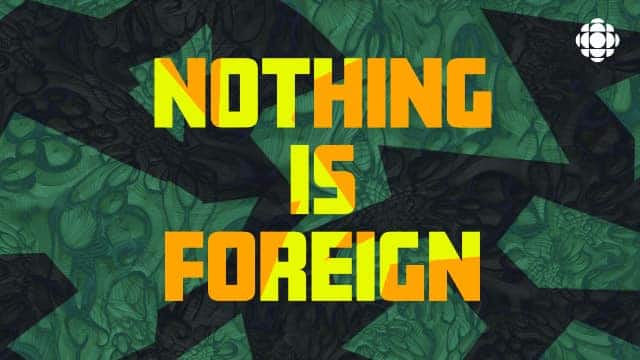 Nothing is Foreign29:36Israeli court decision could pave way for Palestinian evictions in West Bank

Today in history: May 20

1927: Charles Lindbergh takes off from Roosevelt Field in Long Island, N.Y., aboard the Spirit of St. Louis on his historic nonstop solo flight to France.

1986: Sharon Wood and Dwayne Congdon, both of Canmore, Alta., reach the top of Mount Everest. Wood is the first North American woman to reach the summit of the world's highest mountain.