In today's Morning Brief, the inquiry into the 2020 Nova Scotia mass shootings starts today. Also, the House of Commons affirms the use of the Emergencies Act.

The long-awaited public phase of the inquiry into the mass shootings of April 2020 that left 22 dead in Nova Scotia is beginning in Halifax this morning.

The goal of the joint federal and provincial inquiry is to make communities safer, after a gunman disguised as a Mountie travelled freely through rural parts of the province, killing neighbours in Portapique and acquaintances and strangers in Wentworth, Debert and Shubenacadie. Only a handful of people survived encounters with 51-year-old denturist Gabriel Wortman, who torched homes, used guns he obtained illegally, and who police later described as paranoid and fixated on the end of the world.

The Mass Casualty Commission is responsible for examining how policing and government agencies responded to the tragedy, the role intimate partner violence played, the shooter's access to firearms and any other past dealings he had with police.

Charlene Bagley's father, Tom Bagley, was a retired firefighter and navy veteran. He was killed when he stopped by his neighbours' home in Wentworth to check on them. When he left home for his usual morning walk on April 19, 2020, police had not yet publicly identified their suspect. It would be another hour before they shared on Twitter that he was in a mock police cruiser. "I want to know why an [emergency] alert wasn't called," said Charlene Bagley. "Mainly because I know for certain that would have saved his life."

The inquiry has cost $13 million so far, and until this point its work has happened behind the scenes. A team of investigators has been combing through tens of thousands of pages of documents — including notes and files subpoenaed from the RCMP — as well as conducting their own interviews with front-line officers and other first responders. It's uncertain how many of them will be called upon to testify.

Ed Ratushny, an emeritus professor of law at the University of Ottawa who has worked with inquiries as counsel and author of The Conduct of Public Inquiries: Law, Policy, and Practice, said in his experience, inquiries have the best outcomes when the people under scrutiny recognize that mistakes have been made. "They feel a responsibility for them and they want to make changes to ensure that it doesn't happen again," he told CBC in an interview last month.

That type of acknowledgement is what Nick Beaton wants to hear. His pregnant wife, Kristen, was killed the morning of April 19. "Putting my son to bed every night alone and asking where mommy is, you know, this is supposed to put forth steps to prevent this from happening again and show the RCMP this is where your faults were, this is where it could've went different, this is where the government could have went different ... even us, as citizens, if this happens again this is what you should or shouldn't do," he said. Read the full story here.

Reunited and it feels so good

A motion affirming the Liberal government's decision to invoke the Emergencies Act passed a crucial House of Commons vote Monday. Expansive powers contained in the act remain in use by authorities thanks to parliamentary support from the New Democrats. While the powers took effect when the act was invoked, the Liberal government needed to seek approval for its decision from the House of Commons within seven days. If that vote had failed, the emergency declaration would have been revoked. Conservative MPs in the House booed and shouted "shame" when the first NDP MPs stood up to vote in favour of the motion. The Conservatives, however, applauded Bloc Québécois MPs when they stood to support the Conservatives. The Liberals cheered loudly, drowning out heckles from the Conservatives, when Green MP Elizabeth May voted in favour of the motion, which passed by a vote of 185 to 151. Read more about the vote here.

6 months ago
Duration 4:27
The Liberal government was able to extend the Emergencies Act after receiving the “reluctant” support of the NDP. But anger over Prime Minister Justin Trudeau's decision to invoke it remains, with Conservatives and Bloc members calling it unnecessary.
Downtown Ottawa business owners say they're relieved they'll be able to reopen this week after being forced to shutter their doors during the weeks-long protest. "We're feeling really excited, big sighs of relief here," said Sarah Chown, managing partner of the Metropolitan Brasserie, located at the corner of Rideau Street and Sussex Drive, an intersection where convoy participants blocked the roads for much of the past three weeks. Chown said the restaurant had to close during the first two weeks of the protest because it was inaccessible. "The financial impact that [the protest] has caused us as a business, as well as our employees, has been devastating, to say the least," she said, adding the protest also occurred during two of the most lucrative winter holidays, Valentine's Day and Family Day. Other businesses said they have also been feeling the effects of the protest, including those in the Rideau Centre where more than 1,500 people work. On Saturday, the federal government announced it would allocate $20 million to support Ottawa businesses affected by the protest. Small businesses will be able to apply for up to $10,000 to help defray non-deferrable operational costs. But local BIAs say the funds won't come close to covering what businesses lost. Read more from Ottawa business owners here.

6 months ago
Duration 3:10
Life in downtown Ottawa largely returned to normal after police cleared convoy protesters out, but protective fences remain around Parliament Hill as the government warns the threat of more unrest has not entirely passed.

Economists, security experts and business owners agree it's risky for Canada to rely so much on the recently blockaded Ambassador Bridge, a key trade corridor between Detroit and Windsor, Ont. Tolls from the bridge profit a company started by an American billionaire whose son, Matthew Maroun, now has the reins. Windsor resident Mary Ann Cuderman has been saying for years that the bridge is a ready target. "If they're going to make an impact, this would be the place," said Cuderman, 80, who started a bridge watchdog group and runs the Olde Towne Bake Shop, four blocks from the bridge entrance. "An international bridge should never be privately owned," she said. The four-lane bridge spans Canada's busiest trade route, with close to $400 million in commercial goods crossing it daily. That adds up to about 25 per cent of the total trade between the U.S. and Canada in a year. Read more about the Ambassador Bridge here.

Russian President Vladimir Putin's recognition of two breakaway regions of Ukraine as "independent" republics is the pretext Moscow has been looking for to invade, one expert says. Over the last few weeks, as allied Western nations warned a further invasion of Ukraine was nigh, the people at the centre of this crisis in eastern Europe have been waiting for the other shoe to drop. And now it seems it has. "The matter of justification of the invasion is crucial for them to avoid serious international punishment," Oleksandr Danylyuk, Ukraine's former national security chief, told CBC News in a recent interview. The goal, he said, is to dismember the country, piece by piece. "It's not a matter about their ability to invade Ukraine. It's about their ability to control Ukraine after that," said Danylyuk."That's why the partition of Ukraine into several parts — this is what they need. In such a case, they could leave the central and western Ukraine for some time and start digesting the east and the south." Read more about Ukraine here.

6 months ago
Duration 5:47
Russian President Vladimir Putin pushed tensions with Ukraine to a new level by recognizing two separatist regions and sending "peacekeepers" in. Residents on both sides of the border are preparing for the conflict to escalate.
A political science and international development student has spent two of her recent birthdays at downtown Montreal Metro stations, handing out care packages filled with hygiene products, socks and bags to people in need. It's a birthday tradition she intends to continue. Seeing people with no option but to stay outside in the cold during a global pandemic, Joanna Kanga, 23, says she asked her friends and family to donate whatever they could to help her gather supplies for people experiencing homelessness. "It's really small, but it's really helpful just for them to have those personal items for themselves," she said. "Even if you are going into a public bathroom, to know that you have soap that smells good, I believe brings them a sense of dignity and a sense of joy." Read more about Kanga's philanthropy here. For more stories about the experiences of Black Canadians — from anti-Black racism to success stories within the Black community — check out Being Black in Canada, a CBC project Black Canadians can be proud of. You can read more stories here.

Now for some good news to start your Tuesday: Lyndon Tootoosis learned the art of stone carving at a young age, but it was through stone carving that he learned about himself. Tootoosis, a Cree artist and storyteller who is a member of the Poundmaker Cree Nation, is a presenter during Saskatchewan Aboriginal Storytelling Month, which includes virtual presentations and workshops throughout February. Tootoosis told Saskatchewan Weekend that he was around 12 years old when he began stone carving. At that time, his father had to learn how to make pipes for ceremonies. An elder his father visited told him that stone carving was best learned at a young age. Through carving, Tootoosis was taught about respect and honour — something he weaves into his work today at his studio in his yard. "I always have a fire going, I burn smudge when I start, I pray with the rock," he said. "I don't just carve birds and bears. I incorporate our stories and legends that have carried our people." Read more about Tootoosis's work here.

Front Burner: Will the political fumes of the convoy protest linger?

As police clashed with protesters near Parliament this weekend, a different fight was playing out inside the House of Commons: a debate over the federal government's use of the Emergencies Act.

The federal Liberals invoked the act last Monday, granting temporary powers to the government to handle ongoing blockades and protests against pandemic restrictions, including clearing protesters and freezing associated bank accounts. The Liberals say it was a necessary move to end illegal protests; some opponents, meanwhile, argue it was an overreach that sets a dangerous precedent for cracking down on future protests.

The House of Commons is set for a vote that could strike down the emergency powers tonight. But the Canadian Civil Liberties Association is one of multiple groups taking the federal government to court over the act's use. Today, executive director and general counsel Noa Mendelsohn Aviv on what the CCLA fears the normalization of emergency powers could mean for Canadian democracy. 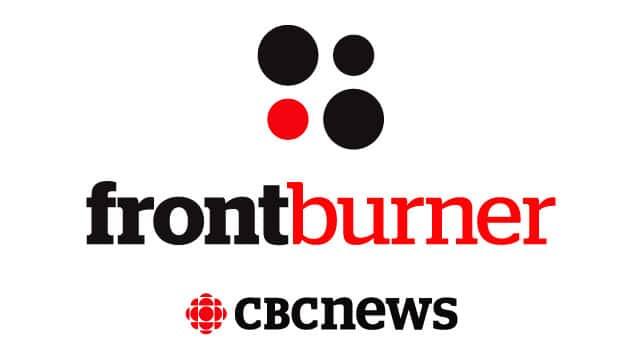 27:00Will the political fumes of the convoy protest linger?

1997: Scottish researchers report they have cloned an adult mammal for the first time. They made a lamb named Dolly using DNA from an adult sheep.

2002: Hog farmer Robert Pickton is charged with two counts of first-degree murder in connection with the disappearance of 50 women from Vancouver.

2007: Justin Trudeau announces plans to run for the federal Liberals in the Montreal riding of Papineau in the next election.