In today's Morning Brief, we have the story that the Liberal government is expected to say it won't meet its commitment to lift all long-term drinking water advisories in First Nations by March 2021.

Indigenous Services Minister Marc Miller will announce today the Liberal government won't meet its commitment to lift all long-term drinking water advisories in First Nations by March 2021, according to a senior government source with knowledge of the file.

But Miller will outline how the government will spend more than $1.5 billion to finish the work.

Prime Minister Justin Trudeau first promised to end all long-term boil water advisories within five years during the 2015 election campaign. It was the first major promise on the Indigenous reconciliation file, which became one of the central priorities of the Liberal's governing agenda. At the time, the Trudeau government said it would meet the target by March 2021.

The Trudeau government has helped lift 97 long-term drinking water advisories in First Nations since 2015, according to Indigenous Services Canada. Currently, 59 advisories are still in place in 41 communities.

National Chief Perry Bellegarde of the Assembly of First Nations called the new proposed money a move in the right direction, but more resources may be required in future budgets to lift all advisories.

"Access to clean drinking water is a fundamental human right," Bellegarde said. "It's not right that in a rich country like Canada you still can't turn on the taps for potable water." Read more on this story here.

Alberta's Chief Medical Officer of Health Dr. Deena Hinshaw is suggesting that Albertans should plan for a different kind of holiday season this year. "We have seen holiday gatherings leading to outbreaks," she said at her daily briefing Tuesday, suggesting that people plan to get together remotely, or in small, well-distanced groups outdoors. "This is not going to be the year for office parties. This is not going to be the year for open houses or large dinners with friends and extended families." Her comments came as the province reported 1,307 new cases of COVID-19 and 10 deaths. Read more here on coronavirus developments from across Canada and around the world. 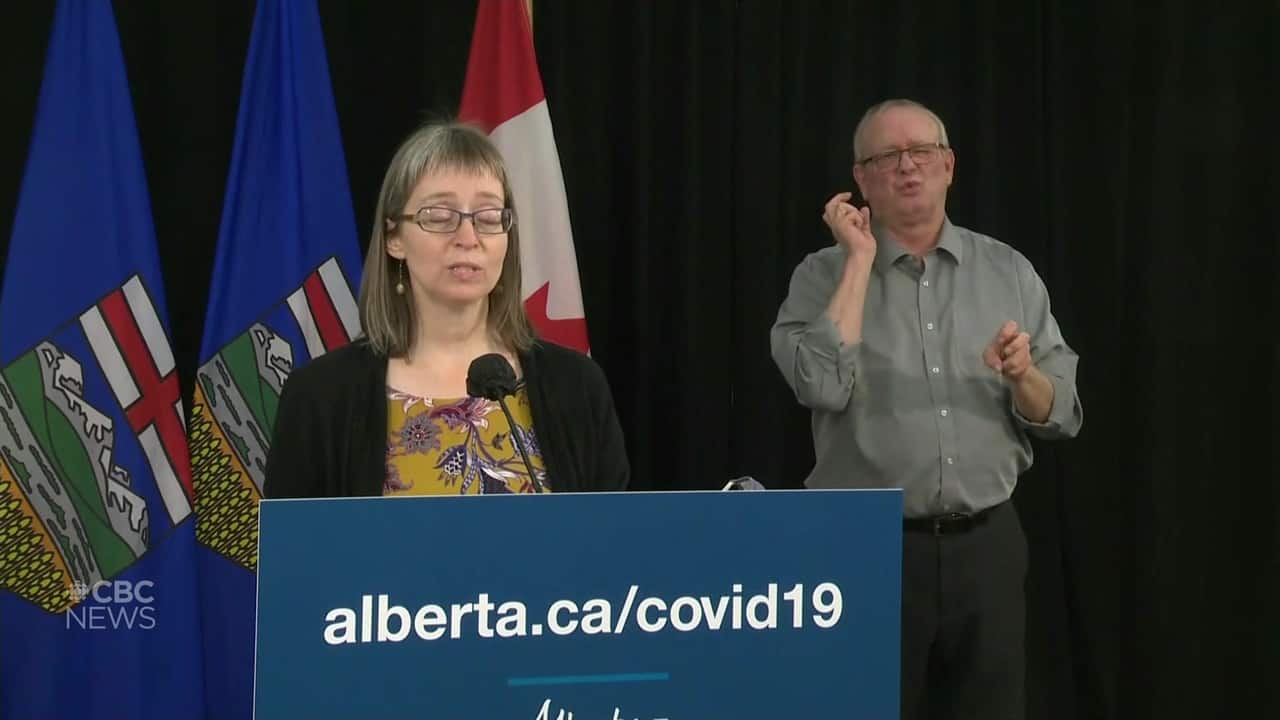 A group of about 50 retailers is calling on the Ontario government to open all stores across the province — including those in lockdown regions, where they suggest imposing a 25 per cent capacity limit on "non-essential" stores. "We respect the extraordinary efforts you and your administration are making to safeguard the public interest during this extremely challenging time," the retailers said in a letter sent Tuesday to Premier Doug Ford and Health Minister Christine Elliott. "The problem is that Ontario's policy of segregating 'non-essential' retailers from those deemed essential might actually be making things worse." The letter was signed by executives from several major retailers, including Hudson's Bay Co., Canadian Tire, Ikea Canada, Roots and Staples Canada. It argues that the lockdowns in Toronto and Peel Region haven't reduced the number of people shopping. Read more on this story here.

Pfizer and its partner BioNTech said today they've received permission for emergency use of their COVID-19 vaccine in the United Kingdom. The move will make the U.K. one of the first countries to begin vaccinating its population. British media reports suggest hospitals have been told to prepare to start giving vaccinations to medical workers as soon as next week. Pfizer said it would immediately begin shipping limited supplies to the U.K. While the British government has ordered enough of Pfizer's vaccine for 20 million people, it is uncertain how much will arrive before the end of the year. Pfizer is preparing to begin wider distribution of its vaccine in anticipation of getting approval from the U.S. Food and Drug Administration, possibly as early as next week. Read more here on the U.K. vaccine approval.

It was inevitable that the federal government's handling of COVID-19 vaccines would become political, writes CBC poll analyst Éric Grenier. Politics has shaped public perceptions of the pandemic's severity since it began. But now the vaccines themselves are becoming politically polarized, with divisions emerging between those who want them and those who don't. In recent surveys conducted by ARI, Abacus and Léger, an average of just 27 per cent of Conservative voters said they would get vaccinated as soon as possible, compared to 43 per cent of Liberals and 39 per cent of New Democrats. Read more poll analysis here.

It only took two days after its launch for the chess drama The Queen's Gambit to make it into Netflix's top 10 most-viewed series. It has become the streaming giant's biggest scripted limited series to date, but the show's popularity isn't confined to the screen. Chess enthusiasts believe it's bringing more people to the game and making it more accessible to a group that has been largely shut out of it — women. "After the series came out on Netflix, you could feel the buzz around the club," said Steve Sklenka, president of the Calgary Chess Club. Though COVID-19 restrictions have forced the club's physical location to temporarily close, that hasn't stopped the inquiries. "We have [people] buying memberships online even though we're closed." Read more about the interest being generated by the series. 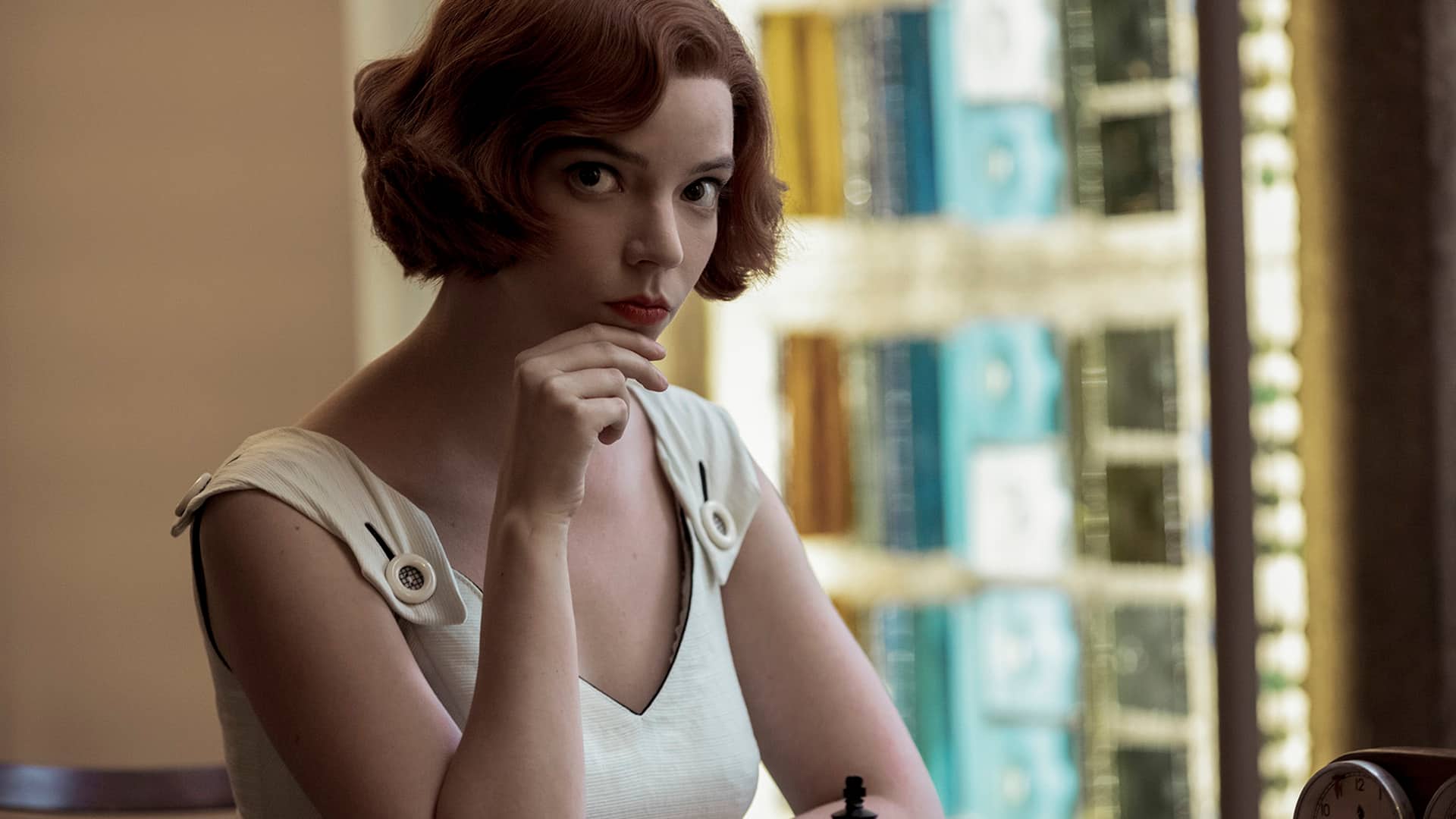 Now for some good news to start your Wednesday: Most pandemic pastimes are designed to help you live in the moment, but for one couple in St. François Xavier, Man., it's all about spending time in the past. In their backyard, Wendy Speary and Pedro Bedard tend the fire outside their brand new Viking hut. Bedard chops wood with his handmade axe, while a pot he forged from steel plates hangs above the flames. The couple spent much of their spare time from May to September building the hut. And while they may be new to the world of mud walls and thatched roofs, they're no strangers to rebuilding history. As members of the Hands of Lugh, a historical society focused on re-enacting the Viking Age, they're a fixture at the Icelandic Festival in Gimli, Man. Read more about the hut project.

Front Burner: Politicians are Among Us

Last weekend, NDP Leader Jagmeet Singh and U.S. congresswoman Alexandria Ocasio-Cortez raised over $200,000 US for charity by livestreaming a game called Among Us on the streaming platform Twitch for nearly six hours.

Among Us is a popular space-murder-mystery multiplayer online game. About 100,000 people watched the livestream.

Today, CBC senior writer and gaming columnist Jonathan Ore is here to fill us in on Among Us and Twitch, and to explain how left-wing politicians are taking full advantage of these digital spaces. But can this tactic work for others? Front Burner23:39Politicians are Among Us

1902: James Hamilton Ross became the first member of Parliament for Yukon, despite having a paralytic stroke that left him unable to campaign.

1981: The House of Commons passes a resolution to patriate Canada's Constitution by a vote of 246-24.

1989: Audrey McLaughlin becomes the first female leader of a national political party by defeating Dave Barrett in Winnipeg for the NDP leadership.