European Union had no plans to leave Iraq, spokesperson says

Iran's top diplomat acknowledged Wednesday that Iranians "were lied to" for days after the Islamic Republic shot down a Ukrainian jetliner, killing the 176 people aboard including 57 Canadians, before admitting to it later in what it has called an accident.

The comments by Javad Zarif in New Delhi represent the first time an Iranian official referred to the earlier story that a technical malfunction downed the Ukraine International Airlines Flight PS752 as a lie.

Iran's president has also warned European soldiers in the Mideast "could be in danger" after three nations challenged Tehran over breaking limits of its nuclear deal.

Hassan Rouhani's remarks in a televised cabinet meeting represent the first direct threat he's made to Europe as tensions remain high between Tehran and Washington over President Donald Trump withdrawing the United States from the deal in May 2018.

The shootdown has sparked days of angry protests in the country.

"In the last few nights, we've had people in the streets of Tehran demonstrating against the fact they were lied to for a couple of days," Zarif said.

Zarif went on to praise Iran's military for being "brave enough to claim responsibility early on."

However, he said he and Rouhani only learned that a missile had downed the flight on Friday, raising new questions over how much power Iran's civilian government has in its Shia theocracy. Iran's paramilitary Revolutionary Guard, which is said to have shot down the aircraft, knew immediately afterward its missile downed the airline.

The Guard is answerable only to Supreme Leader Ayatollah Ali Khamenei, who is expected to preside over Friday prayers in Iran, for the first time in years, over anger about the crash.

In Tehran, Rouhani issued his threat in a wide-ranging speech that criticized Britain, France and Germany for starting the so-called "dispute process" of the 2015 nuclear deal.

WATCH: The final moments of Flight 752 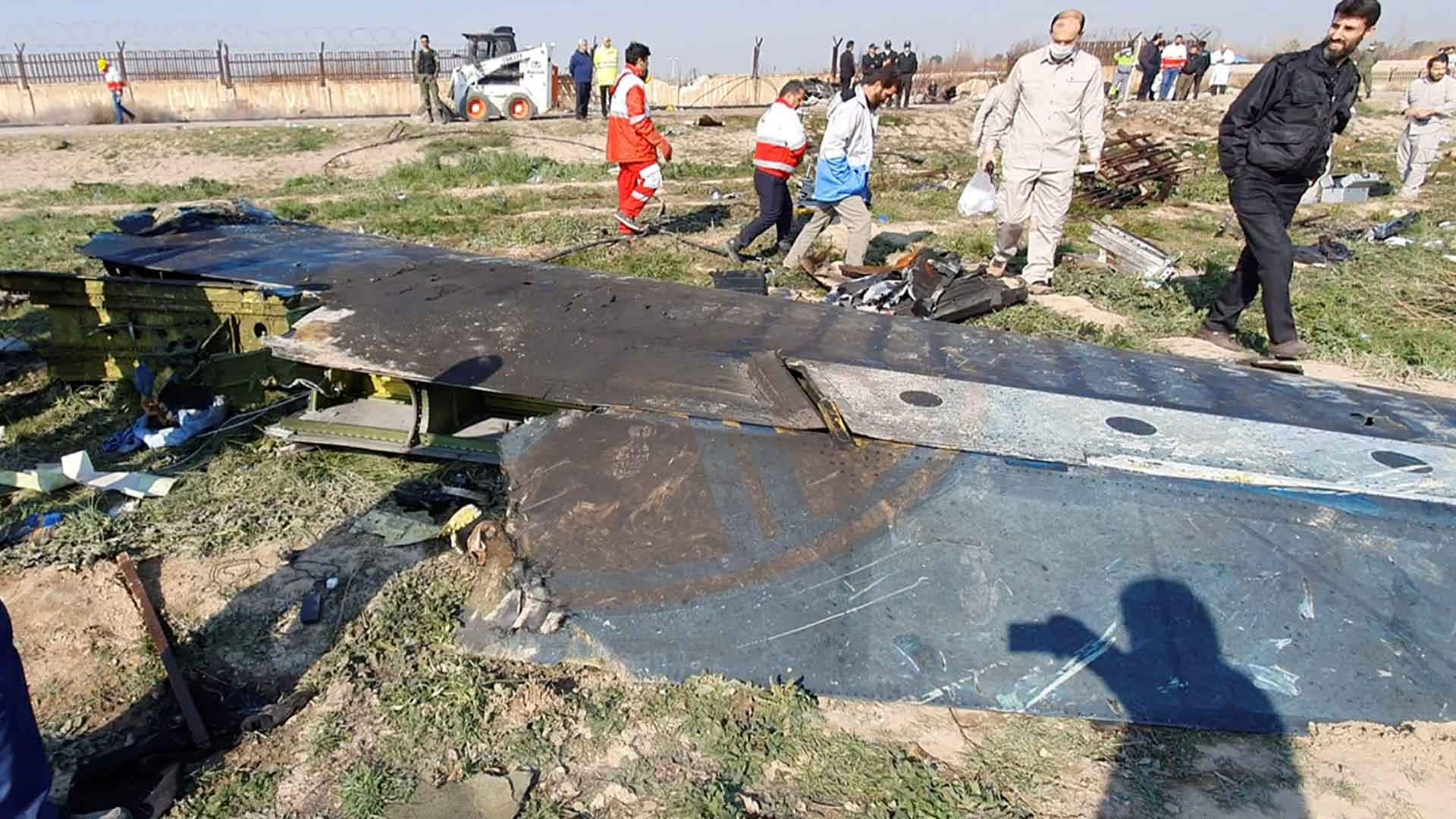 The final moments of Flight 752

1 year agoVideo
5:58
A minute-by-minute look at the final moments of Flight 752 and how online investigators are piecing together what happened. 5:58

"Today, the American soldier is in danger. Tomorrow, the European soldier could be in danger," Rouhani said. "We want you to leave this region but not with war. We want you to go wisely. It is to your own benefit."

Rouhani did not elaborate.

European forces have been deployed alongside Americans in Iraq and Afghanistan. France also maintains a naval base in Abu Dhabi, the capital of the United Arab Emirates, while Britain has opened a base in the island nation of Bahrain.

European Commission spokesperson Peter Stano told reporters that officials were aware of the threats, but the European Union had no plans to leave Iraq.

Italian Defence Minister Lorenzo Guerini told lawmakers his government has plans to increase Rome's troop levels at the Strait of Hormuz, the narrow mouth of the Persian Gulf through which 20 per cent of all oil passes.

German Defence Minister Annegret Kramp-Karrenbauer made an unannounced visit Wednesday to the Azraq base in Jordan, where German troops serving in the fight against the Islamic State in Iraq and Syria (ISIS) are based. Germany wants to resume training Iraqi forces.

Rouhani separately criticized Europe's "baseless" words regarding the nuclear deal. Iran had been holding out for Europe to offer a means by which Tehran could sell its oil abroad despite U.S. sanctions. However, a hoped-for trading mechanism for other goods hasn't taken hold, and a French-pitched line of credit also hasn't materialized.

After Revolutionary Guard Maj. Gen.Qassem Soleimani's killing, Iran announced it would no longer abide by any of the nuclear deal's limits, which had been designed to keep Tehran from having enough material to be able to build an atomic bomb if it chose. However, Iran has said it will continue to allow the United Nations' nuclear watchdog access to its nuclear sites. Rouhani on Wednesday also reiterated a longtime Iranian pledge that Tehran doesn't seek the bomb.

On Tuesday, the European nations reluctantly triggered the accord's dispute mechanism to force Iran into discussions, starting the clock on a process that could result in the "snapback" of UN and EU sanctions on Iran.

The Europeans felt compelled to act, despite objections from Russia and China, because every violation of the deal reduces the so-called "breakout time" Iran needs to produce a nuclear bomb, Britain's Foreign Secretary Dominic Raab told Parliament.

WATCH: How videos of the missile strike got out 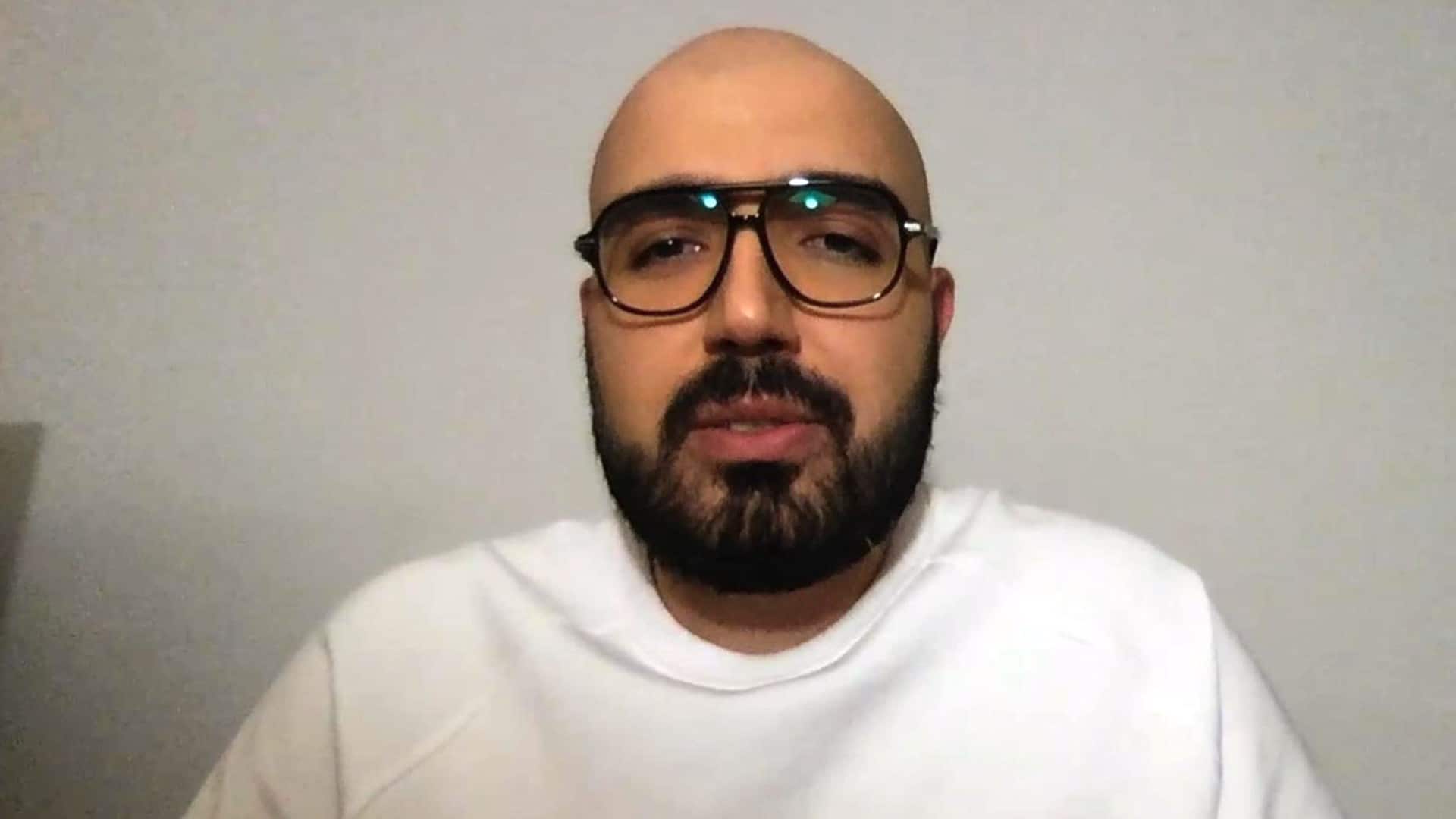 How videos of missile striking Flight 752 got out

1 year agoVideo
1:35
Nariman Gharib tells Adrienne Arsenault how he got one of the first videos showing Flight 752 being brought down by Iranian missiles and what’s happened since it went online. 1:35

Zarif, speaking in New Delhi at the Raisina Dialogue, blamed U.S. "ignorance" and "arrogance" for "fuelling mayhem" in the Middle East.

Zarif also said the death of Iran's most powerful commander, Soleimani, in a U.S. airstrike in Baghdad was being celebrated only by Trump, U.S. Secretary of State Mike Pompeo and ISIS.

"When they assassinated a revered general in Iraq, violating Iraqi sovereignty, they thought, as Secretary Pompeo tweeted, that people would be dancing in the streets of Tehran and Baghdad," Zarif said.