A law clerk from Toronto and a paralegal in Montreal rented out their names to scores of companies, blindly signing documents for multimillion-dollar deals and other corporate transactions. It's a practice critics say makes Canada ripe for tax-haven-type abuse.

A law clerk from Toronto and a paralegal in Montreal commanded a prolific corporate empire of nearly 200 companies over the past 25 years — while knowing nothing about the businesses or the multimillion-dollar deals bearing their names, they say.

Karen McIntyre of Toronto and Annette Laroche of the Montreal area both say they filed company tax returns without any idea if the numbers were accurate, signed blank forms granting power of attorney to people they had never met and put their names to corporate documents without knowing their purpose, all in the course of acting as professional fronts for a vast array of businesses.

It's a practice that allows the true owners of companies to obscure their identities and mask activity like fraud and tax scheming, a joint CBC/Radio-Canada and Toronto Star investigation based on the Panama Papers has found. And that has critics raising alarms about how Canada's corporate rules are quietly seeing the country exploited as a kind of offshore haven.

"If we really want to fight tax evasion and avoidance," said Marwah Rizqy, a tax law professor at the University of Sherbrooke in Quebec, "this kind of practice has to stop."

Federally and provincially incorporated companies in Canada are allowed to have "nominee" directors — basically, stand-ins who serve as the company's officers on paper only. Meanwhile, the real controlling owners keep their names off the paperwork, shrouding themselves from the taxman and other authorities.

Such dummy directors are rampant in the shady milieu of tax havens. But the cases of McIntyre and Laroche show the phenomenon isn't restricted to sun-baked Caribbean islands or Pacific micronations.

Both women rented their signatures to nearly 200 companies involved in a variety of businesses, including luxury real estate and the diamond trade — almost all of them provincially incorporated in Quebec. A number of those companies show up in the Panama Papers, a huge trove of offshore financial records that were leaked in 2015 and continue to make headlines around the world.

Testifying in 2011 as part of a fraud lawsuit involving some of the firms her name had been attached to, McIntyre said she got her start while working as a clerk at a Toronto law firm in the early 1990s. One day her boss hooked her up with a Swiss lawyer looking for someone to put their name to "holding companies for tax purposes or companies for trust purposes in Canada."

She said she earned $100 a year per company, for a total of about $20,000 in the most lucrative years, which would be wired to her from Switzerland around Christmas.

"It was just somebody paid you to use your signature, and nothing more?" she was asked under oath.

"That is correct," McIntyre replied.

McIntyre testified that once or twice a year, she would receive stacks of "sometimes 20, sometimes 50" forms for the various corporations she fronted. They were empty templates for board-of-director resolutions and powers of attorney. She would sign them blank and undated, then send them back to the lawyer in Switzerland or a firm he used in Montreal, she said.

Laroche worked as a phone operator for the same firm before becoming a paralegal there. After leaving that job, she replaced McIntyre as director of many of the corporations in 2007.

Subpoenaed to testify in the same lawsuit, Laroche also acknowledged her role was "just to be a name." Asked how she could sign off on tax returns for companies without knowing their finances, she replied: "If I was instructed that this was correct information, I signed that it was correct."

"And how would you know whether or not they were participating in a fraud?" the lawyer asked.

The question wasn't academic: Both women were summoned to give testimony because the real owner behind some of the businesses was being sued by a bank. Spanish real estate developer Mauricio Cohen had borrowed $90 million in the early 1990s to develop a hotel in Manhattan, then squirrelled away much of that money through a global thicket of shell companies, including ones in Quebec.

We're absolutely in favour of knowing who is registering companies, what their goals are and what taxes they should be paying.- Finance Minister Bill Morneau

He and his son were convicted of tax evasion and fraud in the U.S. in 2011 and sentenced to 10 years in prison. But both McIntyre and Laroche said they'd never heard of the Cohens until the bank called on them to testify in its civil case.

"They're the little people who are being used in bigger schemes that they probably don't understand the full consequences of," said New York lawyer Doug Kellner, who cross-examined both McIntyre and Laroche in the Cohen lawsuit.

And those consequences could be grave. Yet another pair of companies where Laroche was the nominal president — and McIntyre before her — were sued in Quebec for war crimes for allegedly building illegal settlements in the West Bank.

Laroche was personally named as a defendant, before the case was thrown out on jurisdictional grounds. A Quebec judge hearing the lawsuit said: "She cannot claim to be a mere front. If she chooses to be an officer and director of these corporations, she becomes bound by the duties arising from her status."

In recent years, McIntyre has managed a pub and run a motorcycle repair shop with her husband in Toronto's east end. Reached by phone last year, she confirmed she had been a nominee director for many companies, but she has declined to comment further.

Laroche said in a brief interview last month that she believes nominee directors are a "valid tool" for people who want confidentiality for their business affairs, and that she has never done anything wrong in acting as one.

But critics say allowing nominee directors in Canada permits a perilous cloak of secrecy around what companies are really up to, potentially blocking investigators from unearthing corruption, money laundering, tax evasion and other crimes.

"It's completely opaque and it's like a Third World country," said Richard Leblanc, a professor of corporate governance and ethics at York University in Toronto. "Canada will rapidly develop a reputation, if it hasn't already acquired one, as being a tax haven."

Much of the skulduggery exposed in the Panama Papers was enabled by the anonymity that using dummy directors affords. Following those revelations, global transparency organizations have urged every country to collect and publish information on the actual owners of every company registered in its jurisdiction.

Canadian Finance Minister Bill Morneau told the Toronto Star last month he's already broached the idea with his provincial counterparts and wants federal and provincial corporate registries to reflect "the highest standards of transparency and accountability." But he also said a balance has to be struck with privacy concerns.

"We're absolutely in favour of knowing who is registering companies, what their goals are and what taxes they should be paying," Morneau said. "I personally am committed to making progress on ensuring that we are not providing any haven for any inappropriate activities." 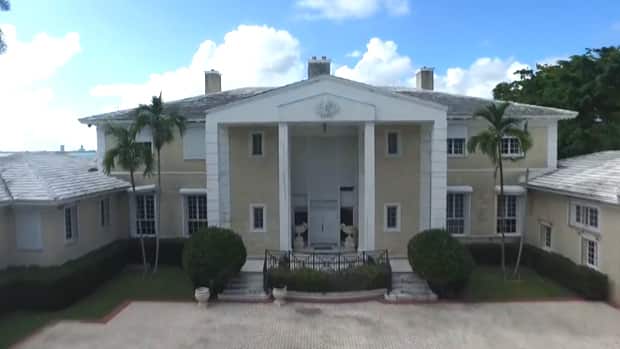 4 years ago
1:57
How 2 Canadians led nearly 200 companies they claim to know nothing about. Canada's rules permit figurehead directors 1:57

TODAY: Signatures for sale: A look at figurehead directors of Canadian corporations

FRIDAY: How to fix the system