When the COVID-19 outbreak first appeared in Iran, Supreme Leader Ayatollah Ali Khamenei proclaimed it a hoax, a conspiracy from the country's enemies.

When the COVID-19 outbreak first appeared in Iran on Feb. 19, Supreme Leader Ayatollah Ali Khamenei proclaimed it a hoax, a conspiracy from the country's enemies.

There were reports the regime tried to cover up the number of fatalities, until cellphone videos appeared that showed bodies being hurriedly buried in a graveyard in the northern city of Qom by workers wearing masks and hazmat suits.

When President Hassan Rouhani finally acknowledged the outbreak on Feb. 26, he said it did not warrant a mass quarantine.

Iranian-American journalist Borzou Daragahi, who covers Iran for the Independent in the U.K., said the regime flips back and forth between two explanations for the outbreak.

"One is it was propaganda … to besmirch Iran and China. And the other is that it's some sort of bio-weapon, and you hear that from loonies on all sides around the world, including in Iran."

Indeed, on Sunday, Khamenei was suggesting the virus was planted in Iran by the U.S. government.

Iran marked the Persian New Year last Friday, an occasion that usually involves family celebrations and perhaps a visit to the cemetery to honour departed loved ones. Instead, the celebrations were cancelled and trips to the cemetery were reserved for new burials of family members.

As of Monday, there were 1,812 Iranians dead from COVID-19. And observers warn that the government's muddled, often paranoid messaging about the novel coronavirus could lead to many more deaths.

The severity of the situation on the ground only became clear when regime officials in Tehran and Qom began to contradict each other about the number of fatalities on Feb. 24.

"It's when they start accusing each other of mendacity and covering up and screwing up that we started getting bits and pieces of the actual truth," Daragahi said. "I think when that dynamic is in place, sometimes it's dangerous — but in this particular case it was good. It led to more transparency."

Even so, the Iranian public was not reassured when the deputy health minister appeared on TV that same day trying to downplay the outbreak, while constantly mopping sweat from his brow. The following day, he admitted he had contracted the virus. 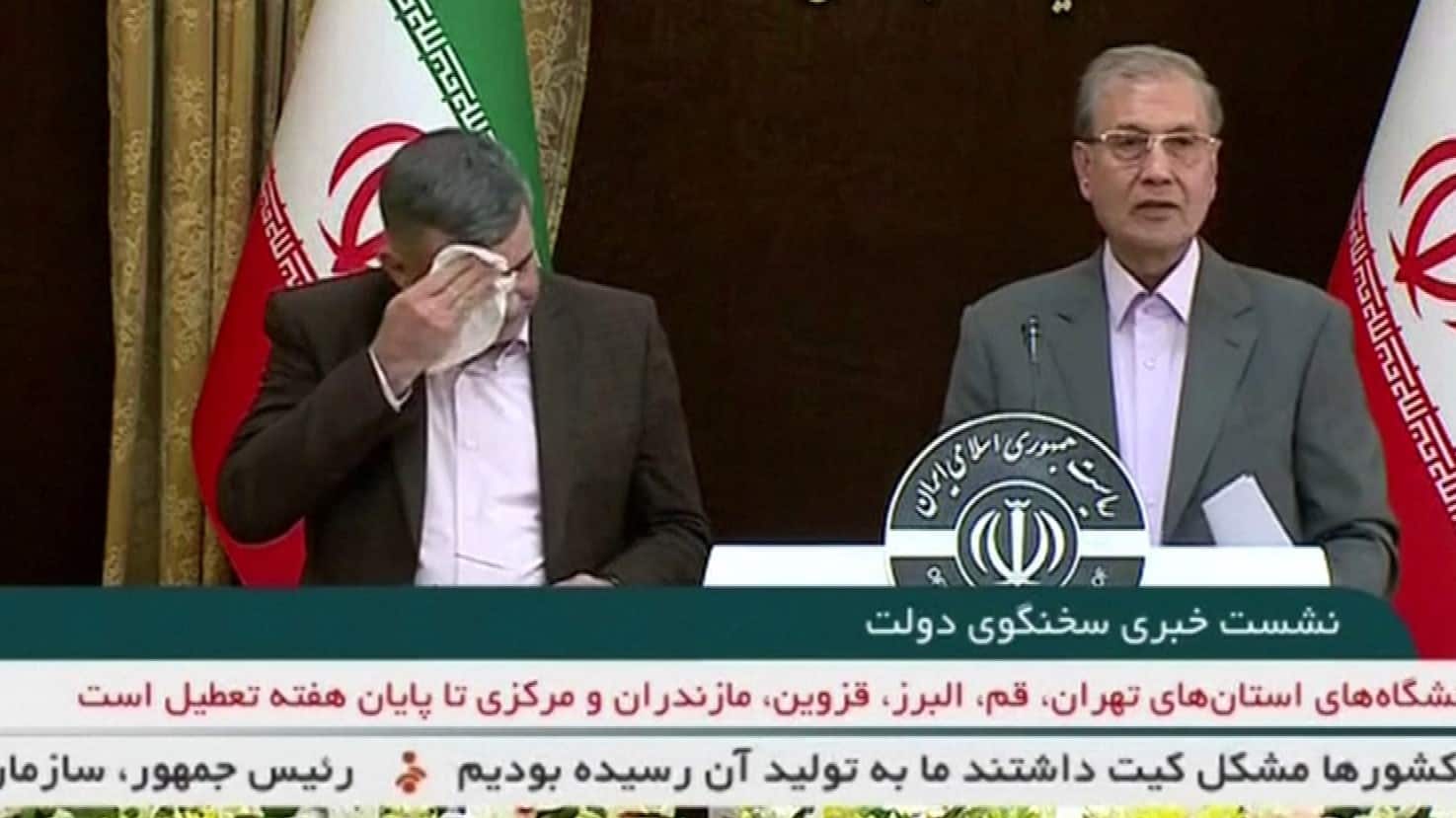 11 months agoVideo
0:31
Iran's deputy health minister Iraj Harirchi wiped his forehead several times during a news conference in Tehran, a day before he was diagnosed with coronavirus. He is now under quarantine. Iran is one of the worst-hit countries for COVID-19, a situation the World Health Organization calls "deeply concerning." 0:31

According to Trita Parsi, the founder of the Iranian American Council, this shook the faith of the population.

"The Iranian public's confidence in the leadership already was at an all-time low, because of the shooting down of the Ukrainian airliner," Parsi said. "When you have a government at a time of crisis, at a time of pandemic, and there isn't public confidence and trust in what they say and what they do, then that just makes the pandemic and the crisis around it all the more dangerous."

Complicating the response to the coronavirus in Iran is the clash between political authority and religious practice. Those who are intensely religious may display their devotion by flocking to pilgrimage sites such as the tombs in Qom and Mashhad, where they run their hands and faces over the elaborate metal-work on the gates.

To prevent the spread of the virus in that manner during the Persian New Year holiday, the government announced it was closing the sites.

But local imams would have none of it, denouncing the government for insufficient religious devotion. In a video of a massive protest at one of the sites, an imam proclaimed, "Who cares which authority ordered what! Who cares about the world's health!" He went on to accuse international health officials of being "infidels, Jews!"

The government broke up the protests and refused to open the sites.

"You have religious extremists encouraging people to disregard the instructions of the government when it comes to the type of precautions that need to be taken in order to avoid further spread of the virus. This is tremendously dangerous," said Parsi.

He cited a study from a leading university in Iran that says that if precautions are not taken seriously, COVID-19 could leave three and half million Iranians dead. "That is a disastrous situation."

The situation in Iranian hospitals has quickly reached critical levels. Dr. Vahid Monsef Kasmaei, a chief resident at the Poursina Hospital in Rasht, recently recorded an audio appeal for help and posted it to the internet. 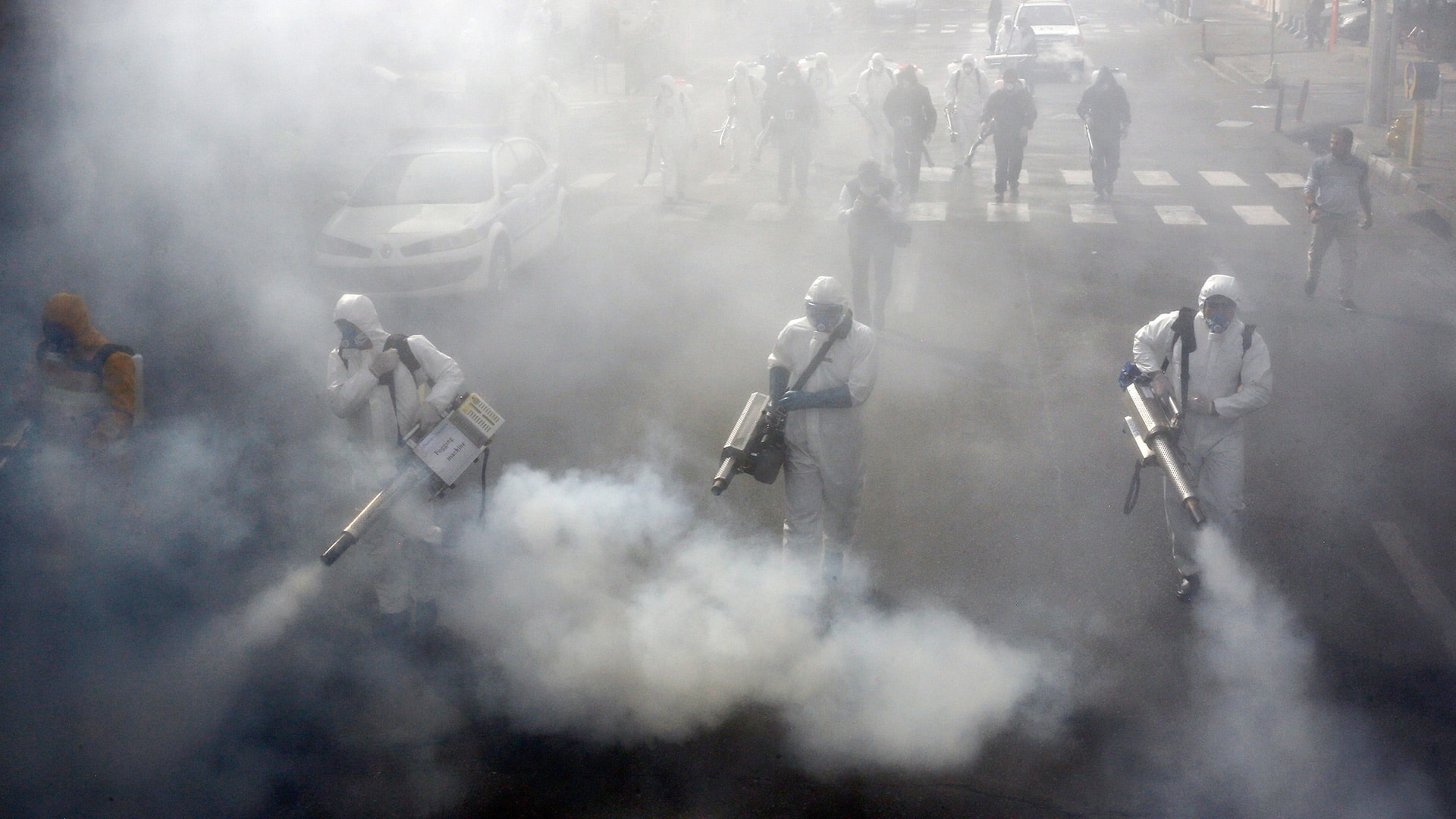 10 months agoVideo
7:22
How political blinders, false assurances and religious practices contributed to the spread of COVID-19 in Iran. 7:22

"The mortality rate is horrific," he said. "We have twenty to thirty bodies every day and there is no room in the mortuary. It's a disaster." Shortly after posting that audio, Dr. Kasmaei himself contracted the virus and died. His entire staff took a break from work to escort his body off the hospital grounds.

Parsi doubts that Iran will be able to contain the virus in the manner that China has apparently managed to do.

Although "it's theoretically possible [for Iran to contain the spread], it does not seem to be very likely in the short term."

In recent days, U.S. Secretary of State Mike Pompeo announced that the Trump administration would actually increase sanctions on Iran, which could well make the pandemic worse there by making it more difficult for Iran to obtain much-needed medical supplies.

Parsi thinks this is a mistake.

"If this virus is allowed to fester and grow [in Iran]… the risk of that spreading elsewhere is very, very significant," he said. "We know quite clearly that in this globalized world, with this amount of interaction, that the spread of the virus anywhere actually constitutes a threat to humanity everywhere."

With files from Alex Shprintsen, Albert Leung and Matthew Pierce