Terry Teegee, from the Takla Nation in northern B.C., will take on a second term as regional chief for the B.C. Assembly of First Nations.

Terry Teegee, from the Takla Nation in northern B.C., will take on a second term as regional chief for the B.C. Assembly of First Nations.

Voting results were announced on Wednesday at the B.C. assembly's annual general meeting, which was held virtually because of the COVID-19 pandemic.

Teegee was re-elected in a vote that split 82-57 between himself and competing candidate Cheryl Casimer, a citizen of the Ktunaxa Nation and political executive with the First Nations Summit.

In accepting his re-election, Teegee told chiefs and delegates he was "simply humbled."

National Chief Perry Bellegarde was quick to congratulate Teegee for his re-election on Twitter.

The annual general meeting also saw the election of a new female youth representative who will join the AFN youth council.

Taylor Behn-Tsakoza, a member of the Fort Nelson First Nation in Treaty 8 territory, will be joining the AFN youth council. Priority areas for her will be the COVID-19 pandemic, mental health and education.

"This whole process was exciting to be a part of," she said.

"This is my first time running in any election, so to be elected — I'm still trying to take it in." 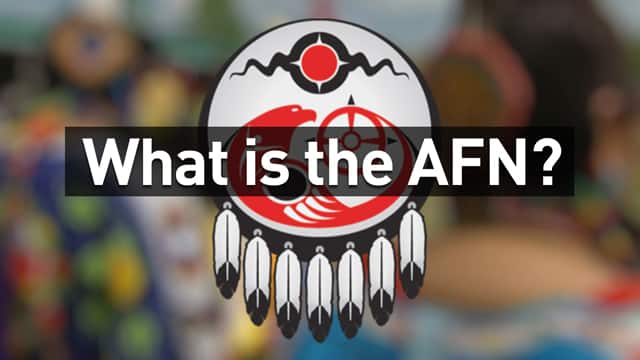 What is the AFN?

2 years agoVideo
2:31
The Assembly of First Nations is an advocacy organization for First Nations Peoples. It's the largest one in Canada, representing more than 900,000 people from 635 communities. 2:31

Topics of discussion at the B.C. annual meeting covered a broad area of subjects that included the implementation of B.C.'s legislation on the UN Declaration on the Rights of Indigenous Peoples, children and family services, and the COVID-19 pandemic.

"We're all doing our best to protect our communities and we need to continue to do that," said Teegee.

"Whether it's accessing information, putting up roadblocks, checkpoints, or simply accessing the resources that you need to tackle this pandemic."

Beyond the pandemic, Teegee said he's looking forward to jumping back into work that's already underway, like ensuring the implementation of B.C.'s Declaration on the Rights of Indigenous Peoples legislation and pushing for action on the national inquiry on missing and murdered Indigenous women and girls' calls for justice.