An Alberta First Nation has launched its own app in hopes of connecting the next generation with the community's dialect of the Stoney language.

First Nation's elders have documented 5,000 words of their dialect 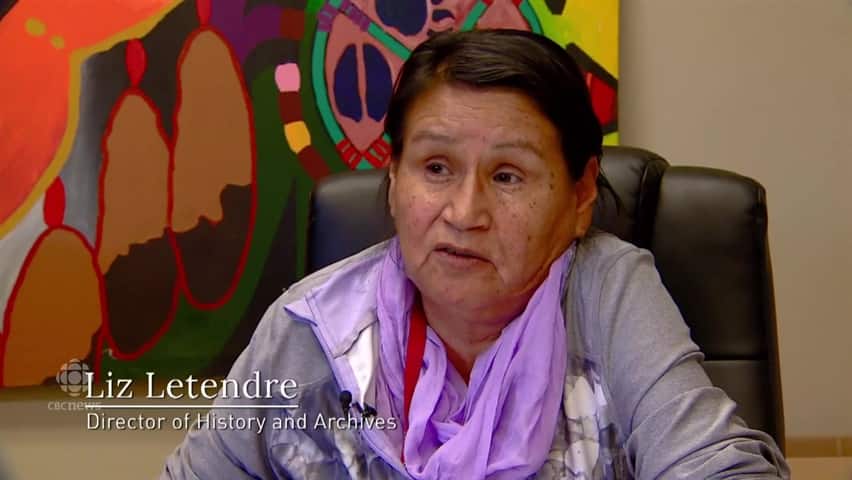 1 year agoVideo
2:33
An Alberta First Nation has launched its own app in hopes of connecting the next generation with the community's dialect of the Stoney language. 2:33

An Alberta First Nation has launched its own app in hopes of connecting the next generation with the community's dialect of the Stoney language.

"We're in that place, that transition, that could lead to a crisis situation," said Chief Tony Alexis of the Alexis Nakota Sioux Nation, about 80 kilometres west of Edmonton.

With the youngest fluent speaker in the community being 45, "we could actually lose our language if we don't do something about it today," Alexis said.

That's why about five years ago, the First Nation began working on the idea of an app and commissioned Aivia Inc. to design it.

But work on what launched earlier this year as the Stoney Language Dictionary app actually began two decades ago.

Traditionally, Stoney was spoken but not written.

"There was no written language… anywhere," Letendre said.

What followed was a years-long process during which elders worked with academics to transcribe their spoken language using international phonics, recording about 5,000 words.

Around the same time the elders began their work, the community's elementary school introduced required classes in the dialect. Leadership has incorporated the language into its council meetings and signage in the community uses Stoney language.

Liz Letendre, Alexis Nakota Sioux Nation's director of history and archives, has been a driving force around language revitalization and preservation, particularly with regards to youth education.

With language being so important to identity, "the worry was that they couldn't talk to the Creator in truth," Letendre said.

The time students spent learning Stoney in school was not enough, she said.

"How do we influence that environment with our language?"

Of those 5,000 recorded words, 3,000 have been put into a computer program and formatted for what's now known as the Stoney Language Dictionary.

"The app is really important because it attracts young people," Alexis said.

"They have access on their phone. They could go anywhere with it."

Alicia Rain-Potts, a junior high student, said so far she's only used the app during her language class to translate Stoney phrases into English. But she thinks it could be useful at home and in the community as well.

"Hearing all of our magushins [grandmothers] and mitaushins [grandfathers] talking, it would be really nice to know what they're saying and have a conversation in your language with an elder," Rain-Potts said.

Letendre said the community is already trying to think of other ways to engage this generation and future generations with their dialect of the Stoney language, including incorporating it into video games.

Roberta Bell is a reporter with CBC News in Edmonton.