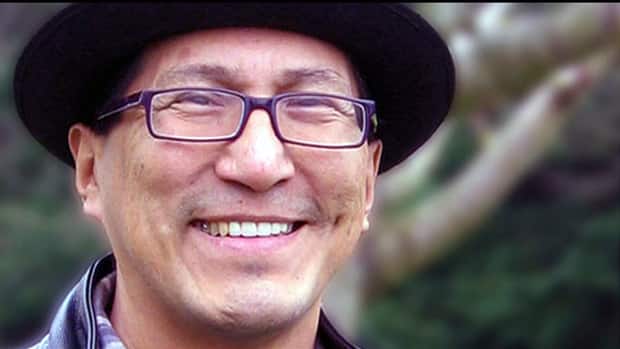 Award-winning author and journalist Richard Wagamese, an Ojibway from the Wabaseemoong First Nation in northwestern Ontario whose work was deeply influenced by Indigenous experiences in Canada's residential school system, has died.

Wagamese, 61, called himself a second-generation survivor of the government-sponsored schools, attended by his parents and extended family members.

In many of his 13 titles from major Canadian publishers, he drew from his own struggle with family dysfunction that he attributed to the isolating church-run schools.

One of his many novels, Indian Horse, was a finalist in CBC's Canada Reads in 2013, bringing it to wider attention. It also was shortlisted for the International Dublin Literary Award.

It tells the story of the intergenerational trauma that played out in the lives of those who attended residential schools in the 1960s and '70s. It's the story of Saul Indian Horse, a boy who finds release through his passion for hockey.

Two years after its release, in 2014, he spoke to Carol Off, host of CBC Radio's As It Happens, about the psychological impact of being separated from family and how the trauma is passed on to the next generation.

"The nature of their experience, their common experience in residential schools, really robbed them of their tribal and cultural ability to be nurturing and to be loving parents," Wagamese said.

"They had suffered the scrapes and woundings of their souls and their spirits that was not readily healable. And when we were born as children, we were subjected to the neglect and the pain that that generation had suffered, so intergenerationally, residential schools infiltrated my generation in my family, and that's true across the country."

The film Indian Horse, adapted from the book, is currently in production, directed by Dennis Foon (Life, Above All, Double Happiness).

Wagamese's 2014 novel Medicine Walk also addresses efforts to preserve culture and heal a divided family — as a teenage son and dying father who barely know each other embark on a journey through the backcountry of the B.C. Interior so that the father can be buried according to Ojibway custom.

After its release, the author, who lived in Kamloops, B.C., spoke to friend and CBC host Shelagh Rogers about Medicine Walk on B.C.'s Gabriola Island, where she lives.

Heartbroken over the death of my friend and chosen brother Richard Wagamese. He was story. He was love. RIP dear one. <a href="https://t.co/o1GEm9kPqF">pic.twitter.com/o1GEm9kPqF</a>

He said he saw Medicine Walk as the continuation of a story that started with For Joshua: An Ojibway Father Teaches His Son, his critically acclaimed and largely autobiographical 2002 novel.

Wagamese said he was reaching for an explanation for his problems, including "dropping out and dropping into active addiction," when he wrote For Joshua, dedicated to his younger son.

A year after Joshua was published, Wagamese learned he was suffering from post-traumatic stress disorder, news that helped him to start managing the trauma from childhood abuse.

Richard Wagamese profoundly told the stories of our peoples. We lost a great storyteller and he will be sorely missed.

Richard Wagamese's books inspired me to become an author, and his support and encouragement made that a reality. Journey well, my brother.

As one of Canada's foremost Indigenous authors and storytellers, Richard Wagamese has been a professional writer since 1979. His body of work includes six novels, a book of poetry (Runaway Dreams) and five non-fiction titles, including two memoirs and an anthology of his newspaper columns.

He won the Molson Prize in 2013, a prize awarded by the Canada Council for the Arts for achievement in the arts, humanities and social sciences. That same year, he picked up the inaugural Burt Award for First Nations, Métis and Inuit Literature.

Wagamese has twice won the Native American Press Association Award and the National Aboriginal Communications Society Award for his newspaper columns, which were collected in The Terrible Summer.

In 2010, he received an Honorary Doctor of Letters degree from Thompson Rivers University in Kamloops, in recognition of his lifetime of achievement in writing and publishing, and in 2011 he was the Harvey Stevenson Southam Guest Lecturer in journalism at the University of Victoria.