A 19-year-old Anishinaabe entrepreneur had her van broken into while she was talking to media in Winnipeg about raising money for MMIWG families through the sale of red jingle cones.

Cones were stolen from van in Winnipeg

A 19-year-old Anishinaabe entrepreneur who wants to help support the families of missing and murdered Indigenous women and girls (MMIWG) suffered a setback Thursday, when her van was broken into while she was talking to media in Winnipeg about the initiative.

"A lot of times [families are] in poverty or else they have a lack of support and doing this would be a great help for them," said McKinney.

McKinney is the owner of Anishinaabe Bimishimo Corporation, a business that manufactures and sells jingle cones, decorative metal cones and lids that powwow dancers sew on to dresses to make a jingling sound.

She said she was inspired to give back to the families of missing and murdered Indigenous women after reading Facebook posts of fundraisers and wondering where the money was going to.

"It's something that I wanted to do, something new to show more of a positive influence to other people and organizations and businesses that when you host an MMIWG event, a portion of the proceeds should go to the families who are affected," said McKinney.

The three groups that will be receiving proceeds from the sales are Swan Lake First Nation Women and Mens Group, Manitoba Keewatinowi Okimakanak and the Ma Mawi Wi Chi Itata Centre.

Diane Redsky, executive director of the Ma Mawi Wi Chi Itata Centre, said she was happy to find out her organization would be one of the beneficiaries.

"There's a whole bunch of work that needs to be done with supporting our families of the missing and murdered indigenous women and girls because the healing process is not short term, it's long term," said Redsky.

"I think it's really courageous and inspirational to have a young woman use her network and her skills and her strengths and her kindness to raise awareness on a really important and critical issue." 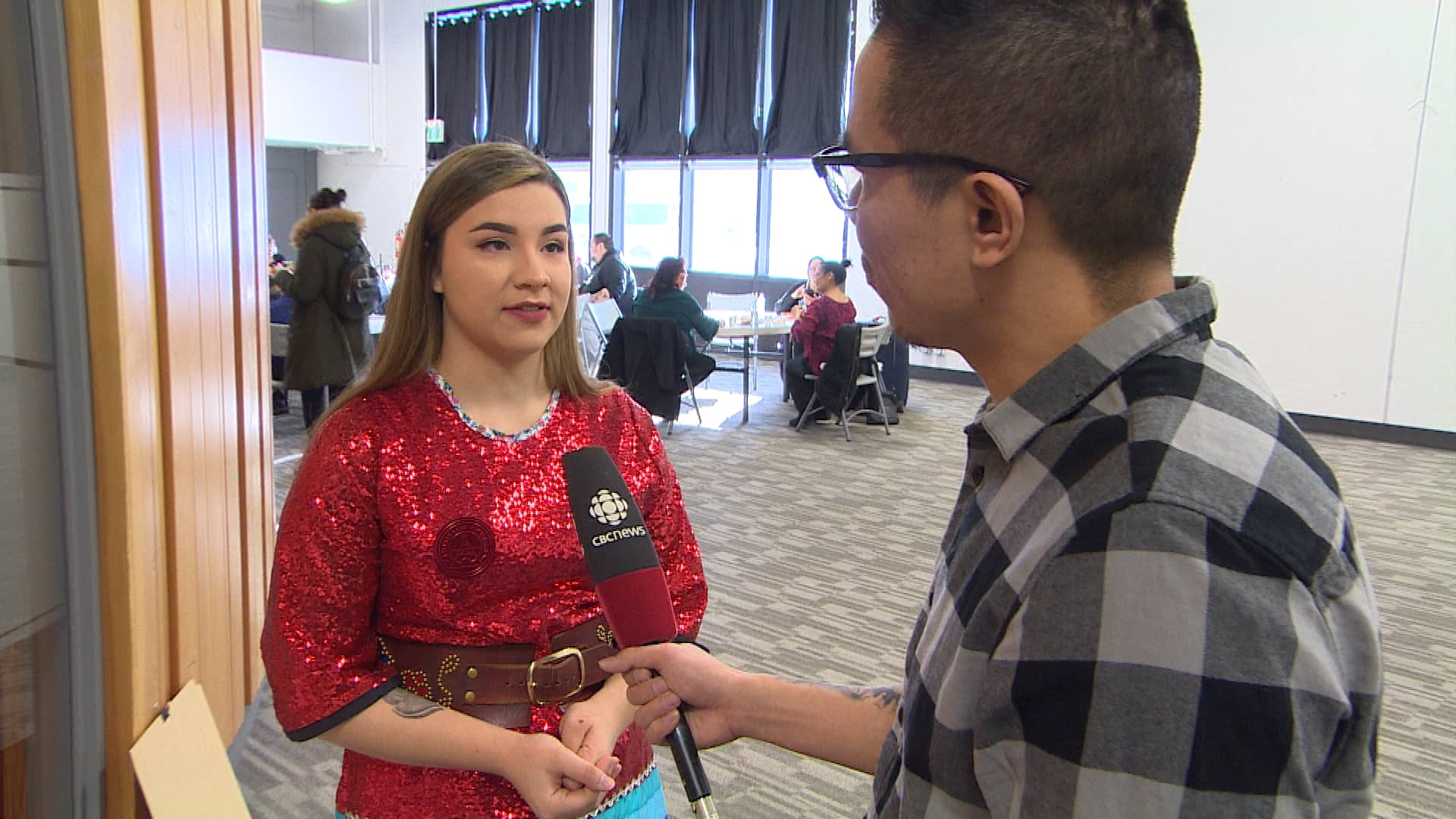 During the product launch event held at the Ma Mawi Wi Chi Itata Centre on King Street Thursday, 40 bags of new cones worth over $2,000 were stolen from McKinney's van along with other items.

"It's very unfortunate, you have a small business owner, a local business and you would think that a community would support local but here some people think otherwise. It's just unfortunate," said McKinney.

She said the only two stores that carry her cones in Winnipeg are Teekca's Aboriginal Boutique and Marshall's Fabric.

"Any other store or individuals who are selling red jingle cones... please call the authorities or please let us know because they are stolen products," said McKinney.

With files from Susan Magas