Two weeks ahead of its TIFF premiere, the public is getting its first look at the film adaptation of the award-winning novel written by the late Ojibway author Richard Wagamese.

Two weeks ahead of its premiere at the Toronto International Film Festival, the public is getting its first look at the film adaptation of Indian Horse, based on the award-winning novel written by the late Ojibway author Richard Wagamese.

The film follows the difficult journey of Saul Indian Horse, an Ojibway boy from northern Ontario who finds an escape through hockey while at a Catholic residential school. The film synopsis on TIFF's website describes Saul as a character "torn apart by the betrayals that have shaped him, but determined to never give up."

Distribution company Elevation Pictures released two short scenes from the film on Tuesday, showing Saul at two different stages of his life: One, in a confrontation with residential school staff as a young boy, played by Sladen Peltier, and the other, seen below, in the locker room with his teammates as a young man, played by Ajuawak Kapashesit. 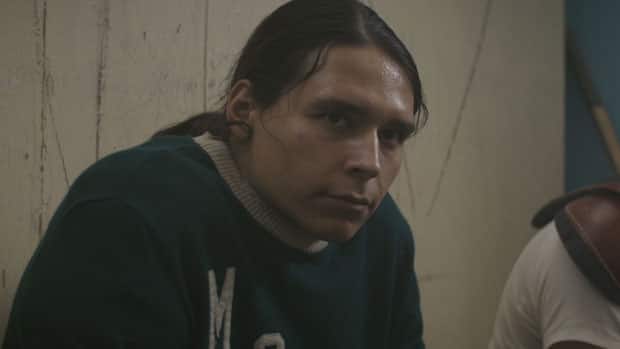 'Getting the call': A scene from the feature film 'Indian Horse'

Before his death, in March, Wagamese described the production as a "movie with a whole lot of dedication to follow the novel as closely as possible."

Indian Horse is directed by Stephen S. Campanelli and was adapted to the screen by writer Dennis Foon (On the Farm).

"I am truly honoured to bring Richard Wagamese's moving novel to the screen," Campanelli said in a statement.

"Saul's story has touched countless readers and it is our great hope that the movie will continue to inspire audiences and contribute in its own way to the important ongoing process of reconciliation. We are thrilled to begin the film's journey at TIFF."